Over the years, Google Translate has gotten significantly better at giving its users (relatively) legible translations for most commonly used languages. It’s still far off from being perfect, though, and today Google announced a new initiative that aims to get more input from its users to improve its translations. 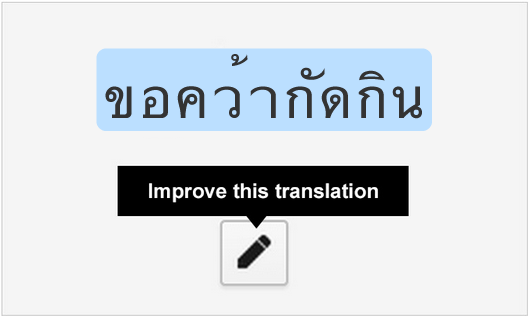 Clearly, though, these crowdscourced translations will influence Google’s algorithms. “You help will enhance translations for millions of users,” Google promises new members of the Translate Community. “We plan to incorporate your corrections and over time learn your language a little bit better.”

Right now, your contributions disappear into the black box that is Google’s data centers, but the company says that over time it will give users more visibility into the impact of their contributions.

For those who don’t want to join the community, Google also recently launched a new feature directly in Google Translate that allows you to contribute your own translation when you see a mistake. Google Translate always allowed you to rate translations as helpful, not helpful and offensive, but now you can actually provide the service with the actual correction.