Facebook just turned in a very strong quarter, with its revenue and earnings per share both beating analyst expectations. The company reported sequential-quarter user figures that were soft, but Facebook’s stock is now in the green after-hours.

Driving its strong financial performance in the period was high average revenue per user, or ARPU. Facebook set records around the world for how much revenue it generated from its users on average around the world. Here’s the chart: 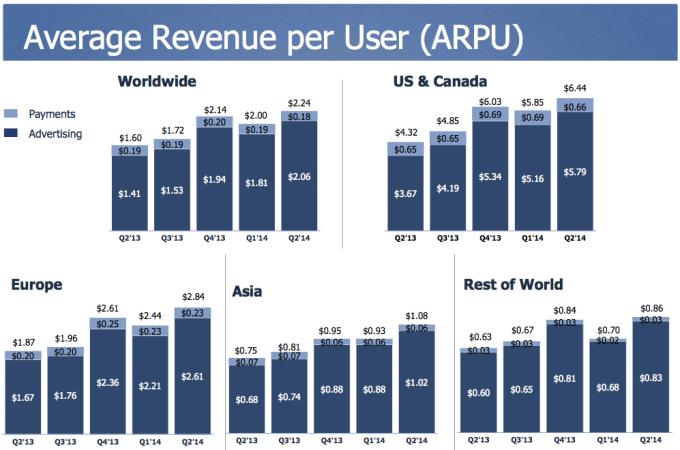 The charts imply that Facebook is able to pick up more cash per user, even as it expands its user base. That’s good news for the company, as it infers, I think, that regions that perform less strongly than North America have a shot at growing their per-user top line, and thus provide Facebook with revenue potential for some time to come.

Of course, Facebook has also placed bets on WhatsApp and Instagram, applications that it views differently, from a revenue-potential perspective.