A year and a half after launching its first calendar app, Sunrise is raising a $6 million Series A round from Balderton Capital and existing investors — Bernard Liautaud is joining the board. The company had previously raised $2.2 million. Sunrise is also launching a platform preview for third-party developers, so that other companies can build apps for the calendar service.

“It’s really simple to understand what we need to do: a calendar,” co-founder and CEO Pierre Valade told me in a phone interview. “We want to connect all your data, simplify communication, and improve core calendar features. In the end, we’re not a smart calendar. For us, Sunrise is a better calendar that we are building from the ground up.”

“The early reviews of the Sunrise app, and the incredible loyalty and retention of their user base, were testament to their ability to understand this,” the Balderton team wrote on the firm’s blog. “But just as exciting was the shared vision we have on the need for a simple yet smart and integrated calendar that can seamlessly connect with the many other services we rely on in our lives, when and where we need them.”

We’ve been good when it comes to vision, brand and identity. But now, we need to work on features that no one else is going to have. Pierre Valade

Today’s new influx of money is a much-needed addition when Valade exposes these three different fights. First, Sunrise recently released an update with third-party integrations, such as Evernote, GitHub, Songkick, TripIt and Asana. These are great examples of what the company is trying to build with its developer platform.

“We synchronize everything both ways. For example, you can see your Evernote content with due dates in Sunrise, and you can edit your notes as well,” lead platform engineer Pierre-Elie Fauche told me. “We’re trying to find out the best technical implementation, and that’s why we want to build a developer community and start a conversation.”

Second, the Sunrise team wants to improve your current calendar workflow. For now, Sunrise is a great individual calendar app that you can use on your iPhone, iPad, Android device and desktop computer. But chances are that your calendar is also an important tool to work with your team and collaborators as well.

It is still uncharted territory for Sunrise. The company will develop new features in this area to try and replace popular calendar services, such as Google Calendar or Microsoft Exchange — it’s going to be a long and winding road.

Finally, Sunrise is still a young company. The startup launched the Android and desktop apps very recently. That’s why there are still some missing core features. For example, Valade recently demoed his product and still had to open Google Calendar to create a new calendar. You shouldn’t have to leave Sunrise to do this. Recurring events should be more granular as well. Little things like that are important but hard to see.

The company is going to hire a few engineers to tackle these three big challenges. As a reminder, Sunrise is now among the most popular third-party calendar apps on both iOS and Android. While it is no small feat, Sunrise is probably one of the best-positioned teams to make your calendar more useful and go head-to-head against Google or Microsoft.

“We underestimated everything. We didn’t think we would raise so quickly, so now we need to upgrade our company,” Valade said. “We’ve been good when it comes to vision, brand and identity. But now, we need to work on features that no one else is going to have. And we can add missing features before the end of the year. Every time we add a well-polished feature, it’s an additional reason to keep using Sunrise.” 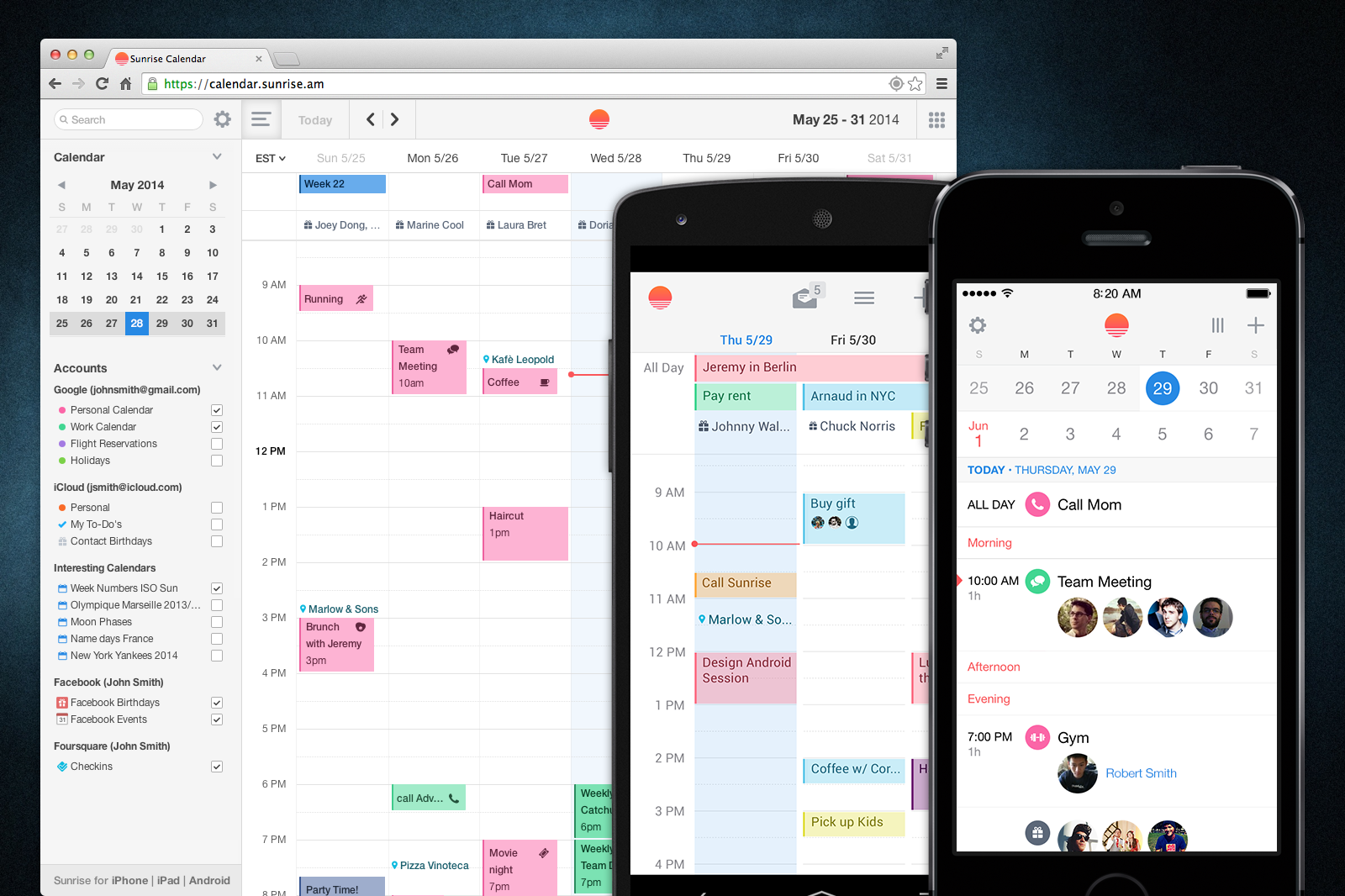