Subscription-based “box of the month” services have been fairly hit-or-miss so far. While some like Birchbox are still going strong, elsewhere, smaller startups – and even experiments from the world’s largest retailer, Walmart – have faded away. But a new company called Nootrobox is giving the subscription biz a shot anyway by targeting those interested in nutritional supplements – specifically brain nutrients and “smart drugs” also called nootropics.

Brain drugs that make you more productive? Sounds like something startup founders would be interested in. After all, it’s like the nutritional complement to Soylent, the Metamucil-like beverage pitched as a more efficient replacement for food that’s becoming known among the “work hard/study hard” crowd of engineers and college students.

Woo, a Stanford grad, is currently an Entrepreneur-In-Residence (EIR) at Foundation Capital. 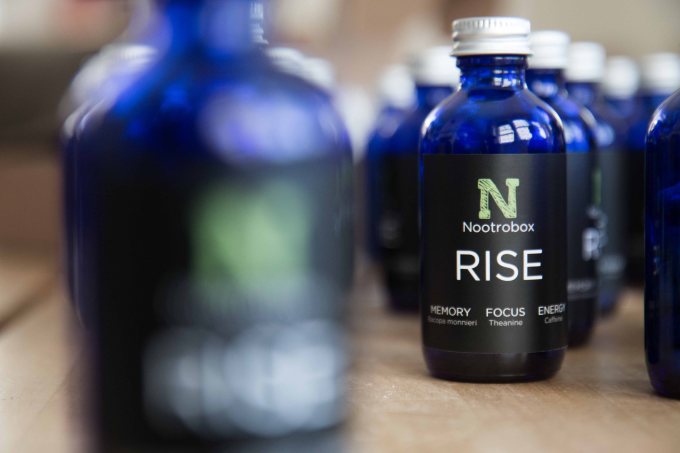 The two have developed a supplement they’re calling RISE by collating materials and studies about ingredients used in other nootropics. Its stack is designed for “memory, focus and energy,” like a pill form of a cup of coffee, Woo explains. The company follows the FDA’s current “Good Manufacturing Practices” guidelines and sources its ingredients stateside. Ingredient details, including the peer-reviewed studies, are here, but include bacopa monnieri, theanine, and caffeine. The pills are sold in packs starting at $9/month ranging up to $53/month.

The product alone is not really the draw of Nootrobox. Nutritional supplements are fairly common, and can be found at local health food stores, and other online and offline specialty shops. Nootrobox’s selling point is that it’s aiming to stack multiple compounds in one pill to help out those who are really into their supplements, and were previously making their own stacks using different buckets of powder.

“Nootrobox offers ‘stacks in a capsule’ so we make it super accessible and convenient,” explains Woo.

But really, the startup is about getting these regular nutritional supplement consumers to buy their products differently – i.e., on subscription.

“The space is very early so a lot of the market tendencies are being established by early players.  E-commerce, anecdotally, is a popular channel because the demographics for online buyers, nootropics enthusiasts, and young professionals/students overlap broadly,” Woo says. 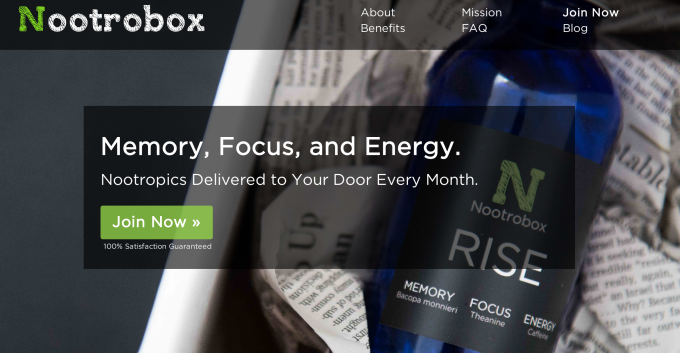 The startup’s pitch of course fits well into this ongoing storyline of companies that are aiming to increase productivity and efficiency, whether that’s more efficiently skipping food or pushing buttons on a phone to get a car, or a snack, or anything really, send to your current location on demand. But at the end of the day, Nootrobox is really just a bet on a couple of larger trends: that subscription commerce will continue to become more common, and that nootropics and supplements in general will remain the growth industry analysts predict.

The bootstrapped, San Francisco-based startup has been testing the service via pre-order campaigns and sold out of its first production batch. They’re now shipping to nine states in the U.S. (CA, NY, MA, FL, GA, WA, IL, RI and TX) and are looking into further distribution leads now.