The funding comes after a period of growth among Amplitude’s enterprise customer base, which is up by 400 percent since the service’s launch, and largely includes those who have “tried out everything” when it comes to analytics, says co-founder Spenser Skates. 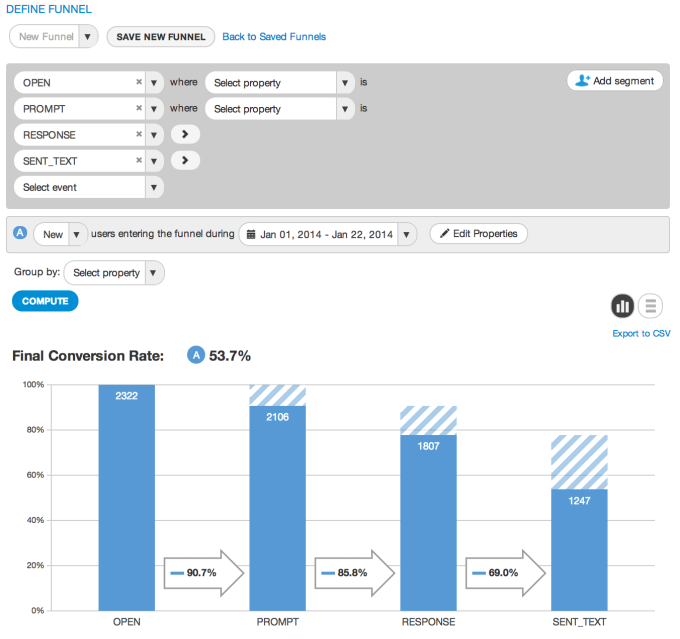 The company originally grew out of a tool the founders had built while in Y Combinator. They were working on a text-by-voice mobile application called Sonalight, but had also spent a lot of time creating their own analytics tools to examine their data in custom ways. Soon, they had other YC developers asking for access, too. It didn’t take the team too long to realize that it was the analytics – not the app – that was the real business.

What makes Amplitude stand out is its top-tier engineering talent, which has helped develop the company’s infrastructure and allowed it to scale, says Skates. The now 11-person team includes a Professor of Economics from Tufts, a VP of Engineering who represented Stanford in the ACM programming contest and Putnam, and several winners of MIT’s largest programming competitions, he adds. 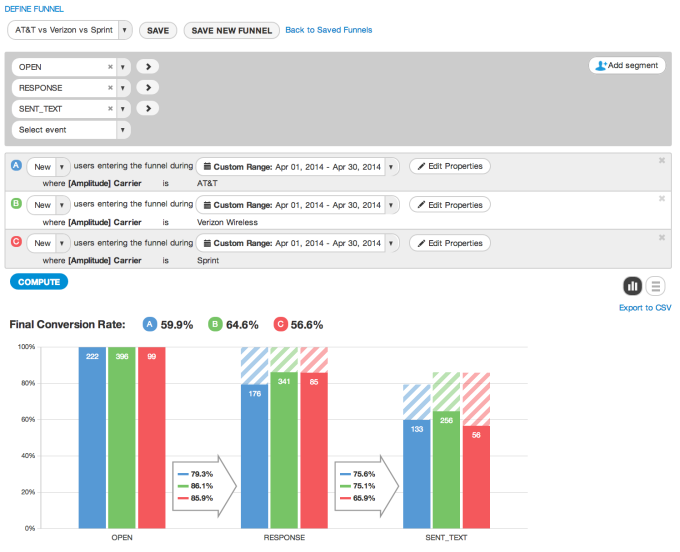 As the company told us in February, the hard part about pre-processing is being able to predict what customers are going to query on, which is something Amplitude claims to have figured out, along with other tricks in saving space, and computation in memory, in order to deliver its service cheaply.

Amplitude offers a freemium service that gives customers up to 5 million monthly events for free. In comparison, Mixpanel charges $600/month for 4 million data points. Amplitude also offers a $299/month plans for up to 50 million monthly events – something that would move into custom pricing territory at Mixpanel. Beyond that, Amplitude offers enterprise plans, and today has customers like The Hunt, Heyday, KeepSafe, and other larger customers still under NDA.

In addition, Amplitude integrates with data visualization tools like Tableau, Chartio and Looker, and it recently launched support for exporting its data to Amazon Redshift – another feature that makes it unique. 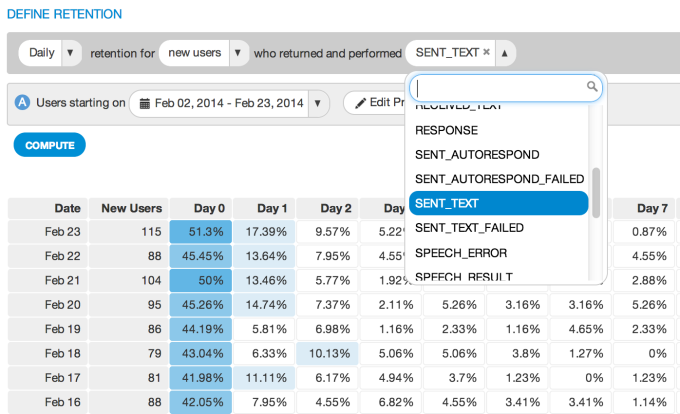 “We’ve been starting to see a lot of teams use Amazon’s data warehouse as a service to query on large volumes of data when they build their own analytics in-house,” says Skates. “It’s not possible for anyone to figure out 100% of metrics they need ahead of time; it doesn’t matter how flexible your analytics platform is, so getting access to the raw data is extremely powerful.”

Amplitude doesn’t disclose how many customers it currently has beyond saying it has “a few hundred apps” now sending it data, some fraction of which are paying. However, most of its paying customers are on enterprise plans, and half of them are taking advantage of the Amazon Redshift support.

The seed funding will help the company continue to grow both its sales and engineering sides of the business and further develop its product.

One feature in the works has to do with behavior-based cohorting, which allows customers to segment their user bases by specific actions those users are taking in the app. “We have a very basic version of that now, but we’re working on developing that to be more full-featured…We want to come to you with the answers, and we want that to be more automated,” Skates teases.