If you’re a movie fan, especially one who was around for the beginning of the DVD revolution 18 years ago, those words will strike a chord. It’s the practice of a studio putting out a crappy bare-bones edition of a DVD to home video and following it up weeks or months later with a full-on loaded edition featuring extras like director’s commentary, alternate endings and other goodies.

The height of the DVD era even saw triple or quadruple dips with movies in novelty packaging or coupled with toys. A lot of this stuff still goes on, though some basic extra features have become almost mandatory in recent years.

As a film buff born before the Internet, I was forced to glean knowledge from magazines and the rare TV interview. DVD special features (especially director’s commentary) opened up a magical doorway into the filmmaking process behind many of my most-loved movies — and even allowed me to develop an appreciation for films that I didn’t even think I liked. At its peak, my DVD collection topped out at around 500 movies, including Criterion Collections, special editions and just about any other print of a movie I could find with a documentary or commentary track.

Which is why I’m pretty excited that Apple has finally made its iTunes Extra content, which is much of the same stuff, available on Apple TV for the first time with the release of iTunes 11.3 and v6.2 of the software for its set-top box today.

Though I had access to that content on my Mac, I watch most of my movies on the iPad or Apple TV, and I couldn’t see them there.

The new iTunes Extra system (it has been built anew, it’s not just tacked on) allows for even more enhanced features. There’s scene jumping, which drops you right into the best bits of movies like Frozen (parents will love that). All of the content attached to HD movies is also now presented in HD, which is a good upgrade.

One of the most intriguing components of the new iTunes Extras system is that they aren’t set in stone. Because they’re based on a flexible framework that Apple offers to studios, and they’re served from the cloud, they can be added to over time.

There is potential here to create a living library that allows additional content to be served to your existing library. That’s a big selling point for digital purchases over physical ones, just as many studios are finally getting on the digital bandwagon.

No longer is the thinking that digital editions must be tied to physical releases, or that they have to be the ‘movie only’. Apple has created an expandable, updated structure for special features that studios can use as a selling point — and that users can access anywhere once iOS 8 ships with iTunes Extra support later this year. 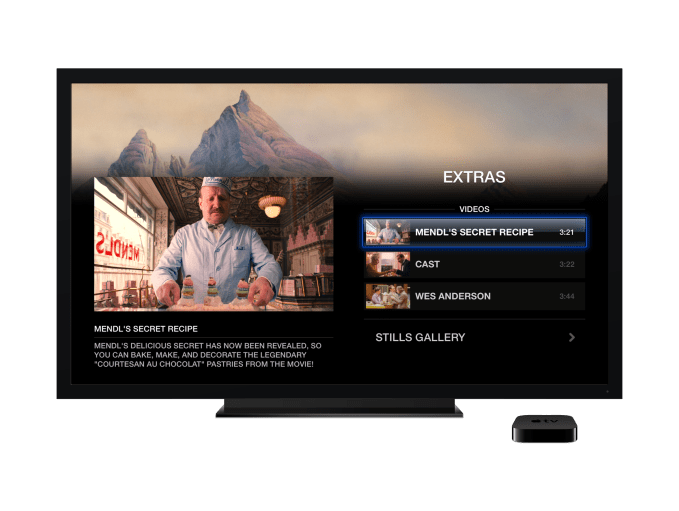 Note that this new iTunes Extra system appears to require that studios update their listings with the new framework, so not all movies that you have iTunes Extras for will show up as having them on Apple TV yet. That should happen over time, though. A bunch of titles appear to be available at launch like Iron Man 4, Man of Steel, Brave, American Hustle and Grand Budapest Hotel.

The second coming of cloud services? Not exactly. But still a good chance to use the word ‘finally’ in conjunction with Apple. And a hopeful development that may help set the tone of the way that the other streaming movie services will work in the future.

“The fact that this is cloud-based… allows us instant access to update and enhance the experience at a later time,” said Jason Spivak, exec VP worldwide digital distribution for Sony Pictures Home Entertainment told Variety.

Variety also notes that some studios are even looking to do ‘other stuff’ than just what’s come before:

That makes iTunes Extras “a living, breathing experience,” said Rebecca Sosa, head of digital distribution for indie studio A24. “This can broaden the palette of what we do with our filmmakers.”

Attempts at this have been made before, of course, but there were always stumbling blocks — whether a particular player was capable of accessing a Blu-ray’s wacky special features, or whether there was web access. Now that they’ve got a (pretty) powerful processor behind it and a guaranteed Internet connection to play with it will be interesting to see how studios battle for attention and purchases.

And maybe, just maybe, they’ll actually update the content over time, rather than issuing new versions.

After all, a digital double-dip is even worse because you don’t have a chrome skull to show for it: 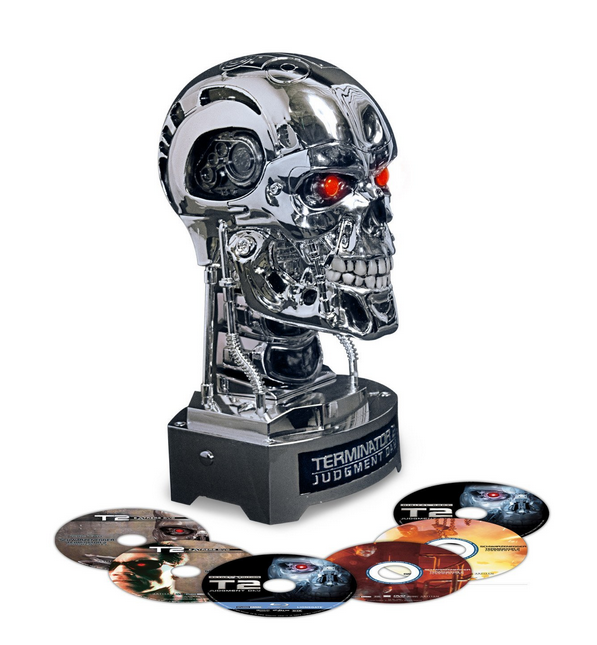