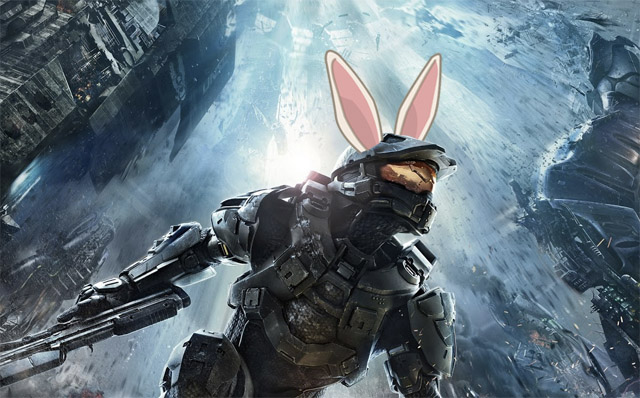 Halo 3 has its fair share of Easter Eggs — but 7 years after the game’s release, you’d probably figure they’d all been found by now, right?

Nope! As the series’ more hardcore fans already know quite well, there was one last easter egg that no one had found… until now.

Content with the idea that they knew everything there was to know about the game, Halo 3 players were clued in on the existence of one last egg back in 2012.

Definitely the IWHBYD skull in H3. But you cheated. There is one Easter egg in Halo 3 that I don’t think anyone has found – I stumbled across it in code a while back. It only happens on a specific day…so good luck.

A few months later, fellow Bungie coder Adrian Perez added one more small detail: the egg would only appear on a certain loading screen. In response to a question about his “proudest moment [at Bungie]”:

Showing my wife the Easter egg I put in the halo 3 loading screen for her – the one that nobody has found yet.

For the next two years, the trail went cold.

It took a bit of poking around the code to find it, but modder LordZedd finally found the missing egg.

The trick? It’s a two parter: first, the player needs to start a new game and immediately press and hold both of the controller’s thumbsticks. This tweaks the game’s load screen a bit, revealing a larger chunk of the spinning Halo ring than is normally shown.

If both of those things are true, the easter egg will appear emblazened on the Halo itself: “Happy Birthday, Lauren!” — a special message for Adrian’s Wife.

Is it the most exciting easter egg ever? Eh, maybe not. It’s more “Created By Warren Robinett” than “Giant Exploding Shark”. But it’s damned cute, and it’s nice to know this case has finally been cracked.