Friends and family gathered to witness Sosh’s CTO Rod Begbie marry his sweetheart of three years this afternoon. Only this was no ordinary wedding. Begbie and his bride-to-be, Lacey Shaw, sent a GroupMe message and a tweet earlier today, asking all their friends to meet them in Alamo Square Park to see them get hitched on Uber’s dime.

Begbie and Shaw had lightly discussed eloping the last couple of weeks, but decided today was the day to take advantage of an Uber marketing stunt intended for SF’s Pride Week.

The problem was that a lot of other couples had the exact same idea: 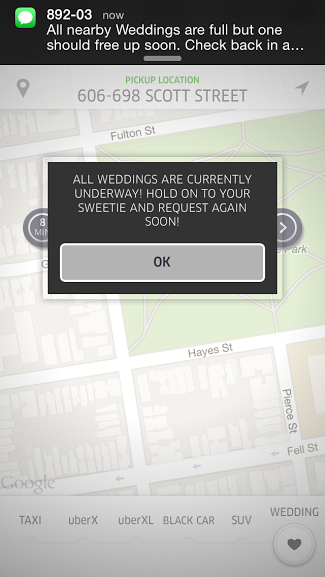 This particular wedding party had been desperately trying to get an Uber Wedding car to come their way for going on two hours when I came upon them. While some in the party seemed a tad delighted they now had a reporter in their ranks, most were more focused on the fact that I had a phone with a good amount of battery left.

“Oh, ya, you can help us keep trying Uber. Perhaps if they see enough activity from here they’ll send a car,” said wedding guest JK Ogungbadero. She knew the happy couple when she worked with Begbie at Slide, before Google bought it. I wasn’t quite sure that’s how it worked but I thought “hey, why not,” and joined in. 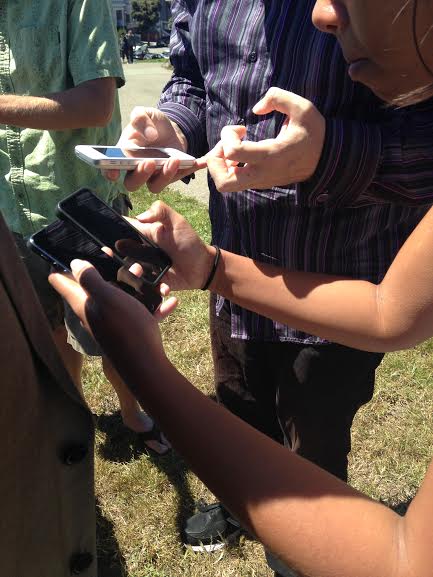 I even started tweeting on their behalf, hoping to get Uber’s attention:

But we continued to sit in the windy afternoon. For hours. Still, I had hope that the Uber car would soon be free and these two kids would be happily married by the end of the day. 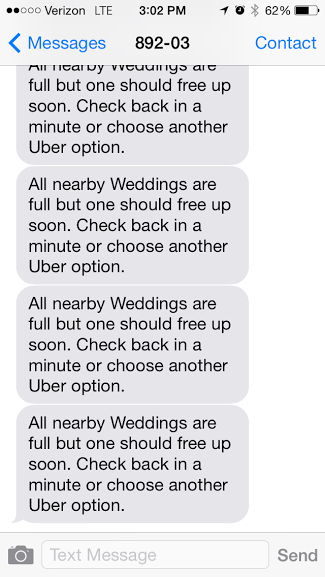 Uber promised to deliver flowers, candles, cake and champagne – even Travis Kalanik’s girlfriend would be there to serenade with violin, all free…if we could just get the Uber Wedding car to come.

However, just one car was assigned to these wedding duties for the whole city. Each ceremony, according to Uber, would take up to 45 minutes. Do the math here and that’s maybe 5 to 6 weddings total possible for the day. And while we had no idea how many people were trying to request the same thing, we could see on Twitter at least, that some couples had actually started to make it through.

Unfortunately hope faded for our party after a good 3 hours of waiting in the sun. That’s when Shaw’s sister began making other plans online. The couple had met online and they were going to get married online. A few minutes on her phone and a form filled out on the Universal Life Church website and Shaw’s sister was now a legal, ordained minister.

“Wait…is that really all it takes?” I asked. Begbie then shot back with a grin, “Ya, California’s an amazing state.”

While it wasn’t the Uber Wedding they’d originally planned on that morning, Mr. and Mrs. Begbie still tied the knot at about 4pm this afternoon – and in true tech fashion. 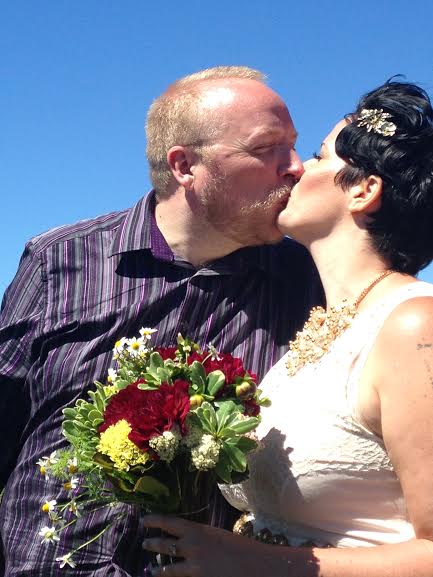 Begbie then admitted he was partial to Lyft anyway. 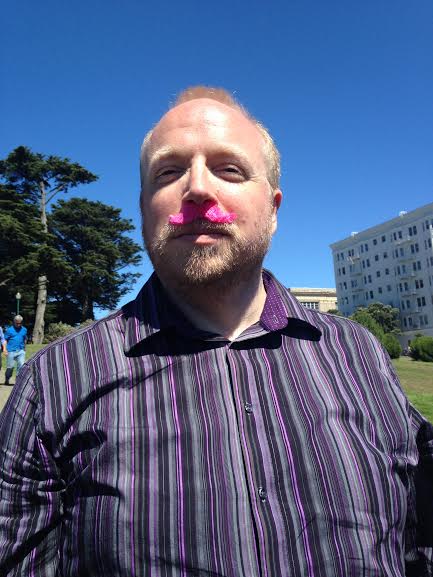