A recent policy change floated by Apple caused a flurry of discussion – and concern – among mobile app developers. According to several public forum postings and other industry sources, we learned that Apple had begun to reject apps that included “incentivized” video ad viewing and rewarded social sharing.

Sources in the video ad industry have reported that app rejections related to this matter have now declined, indicating the policy is being rolled back.

We’re also hearing that some of the initial, and more worrisome, rejections are being undone – that is, the apps are being allowed back in the App Store.

From our understanding, Apple’s internal App Review team will reject apps from developers who offer incentives designed get users to review their app, rate their app, or download other apps, because these activities can influence an app’s position on the App Store’s Top Charts.

But simply watching a video ad to earn an incentive is allowed, as is offering incentives to users to post about the app on social media.

In addition, developers can show video ads that highlight their own apps or those belonging to others, but they can’t incentivize users to actually download those apps as a part of that experience.

Today, a number of app promotion and monetization companies offer video ads as a way of helping developers make money and get their app discovered, including AdColony, Applifier (Unity), Flurry, TapJoy, SupersonicAds, Vungle, AppLovin, Sponsorpay, NativeX, and others. A good many of these video ads are ads for other apps.

Developers often use these incentivized videos within their mobile games as a way to reward users with virtual currency (or some other benefit), in exchange for watching the video. The app or game promoted by the video ad also then benefits from the increased exposure, and in some cases, is able to acquire new users by the subsequent downloads that follow.

In addition, many apps lean on incentivized social sharing, too. For example, Candy Crush would display messages to users that they could earn more lives by posting to Facebook. 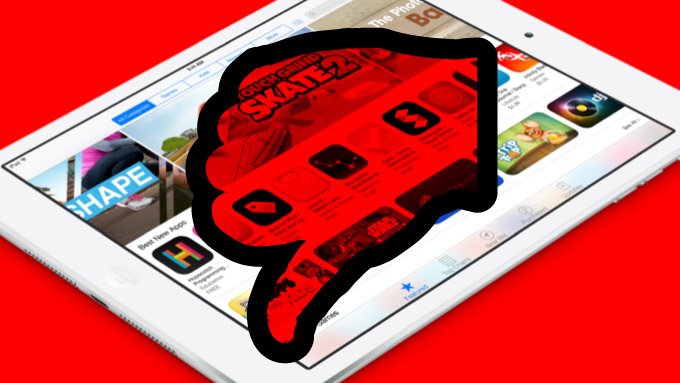 These methods helped developers gain exposure and boost their user acquisition numbers in a crowded App Store where getting found is increasingly difficult. But they also have the downside of sometimes coming across as a little “spammy” or heavy-handed in their requests. And to some extent, over-use of these techniques could artificially increase an app’s ranking in the App Store’s charts, which Apple frowns upon.

Meanwhile, end users’ feelings may be mixed. Some may feel manipulated into sharing or watching the videos, while others may appreciate that there are different ways to earn lives or gain virtual coins without having to spend real money on in-app purchases.

Following news of the app rejections (reported here and by us), developer concerns were growing – for many, these methods were not being abused, and were even opt-in. And in one swoop, Apple could have cut out one of – or, sometimes, a developer’s only source – of app revenue.

Basically, developers are fine to reward viewing video ads, whether for their own apps, those belonging to others, or brand ads, but they can’t reward anything that also has a direct download piece to it.

According to video providers who have been tracking their own numbers internally from before and after news of the app rejections began to spread, there has been a significant decline in the number of app rejections being reported. 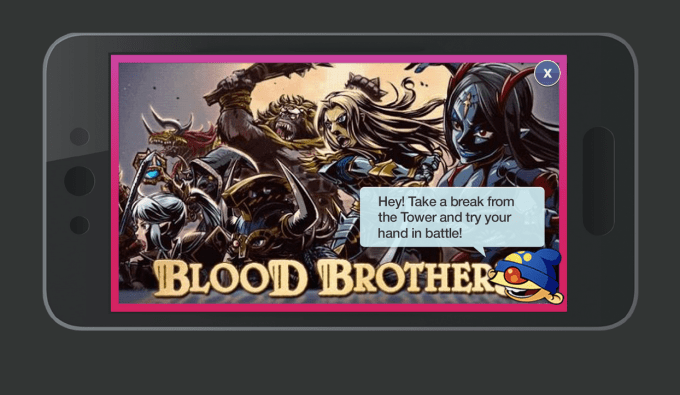 The problem was likely due to the fact that there’s a lot of crossover between methods, and many gray areas when it comes to what exactly is being rewarded. Some apps may have gotten too aggressive with their implementation of the incentivized business models. But a good rule of thumb here seems to be if a reward is being used mainly to change an app’s ranking on the App Store’s charts, that’s not allowed.

That being said, a couple sources said they heard a rumor that Apple’s iAd team was behind the initial push in getting the incentivized video/social apps rejected in the first place. But we’ve also heard from another source that this is definitely not true. So take that with the proverbial grain of salt.

What is true is that developers are in search of new ways to get their apps downloaded and ranked highly in an ever-more-packed App Store.

The forthcoming iOS 8 release due out this fall tries to address the app discovery problem in a number of ways, with an improved “Explore” section, new subcategories, related search suggestions, search trends, app bundles, better analytics for developers tracking campaigns, and more. But simply rewarding people to influence the signals that Apple uses to determine rank was obviously too tempting a trick for some developers to ignore.