Facebook Slingshot‘s core mechanic “reply to unlock” makes sharing a fun game or an annoying chore depending on how you look at it. The new standalone photo and video mass-messaging app is delightfully designed, but much of it still feels like Snapchat with a layer of polish — years late. The question is whether Slingshot holding content hostage will lure people in, or if the ransom is so high that we’d rather abandon the window into friends’ lives than work for it. Here’s our Slingshot review.

Slingshot thrives on curiosity. Not being able to see incoming photos and videos until you send one back makes you eager to share. The mystery of what’s behind that pixelated thumbnail incentivizes everyone to be a content creator, breaking the 1% rule of that says a fraction of users entertain rest.

The app, released yesterday on iOS and Android, also greatly benefits from critical mass, when sharing one photo or video you’ve shot unlocks tons that friends have sent you. If you don’t have enough friends to send shots to or enough waiting to be unscrambled, constantly creating content feels like too much work with too little reward. 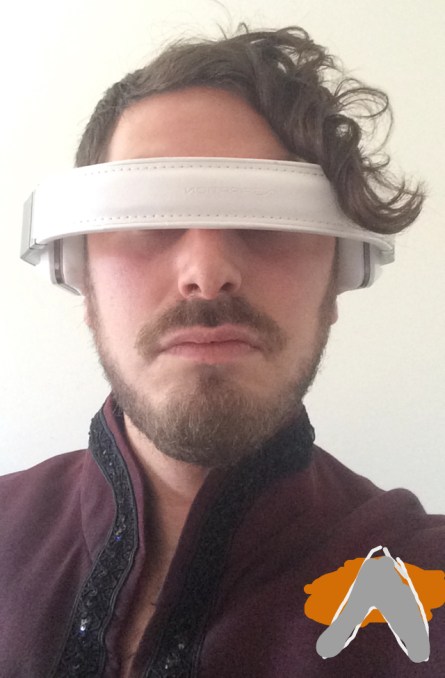 That’s why Facebook may need to play the promotion of Slingshot very differently. While it’s waiting to really nail the product design of its other standalone app Paper before it cross-promotes it, Slingshot may need a boost right off the bat.

I’ve found that while there’s some pressure to be especially witty on Snapchat or only send send snaps to close friends, Slingshot is more free-flowing. It’s built around mass messaging, so you’re more likely to have something to look at since you’ll get slings from a wider range of friends. And the reaction feature is a great way to show appreciation for being sent something great.

If it can hit early traction and prove its worth, Slingshot has a chance at becoming a new way we share everyday moments. It probably won’t displace Snapchat, or even really detract from it, but it could bring goofy, ephemeral sharing to a wider audience with the help of Facebook’s billion-plus reach.

But There’s A Catch

Unfortunately, reply to unlock introduces friction to the sharing process that will frustrate many. Facebook didn’t invent the mechanic, as others like TapTalk and Povio have played in the space, but its putting the feature (or bug, some say) into the spotlight.

Facebook is relying on a gimmick to drive an ideal — that people should reciprocate when someone shares something cool with them. Some people will refuse to play this game, sidestepping Slingshot and just using text, a messaging app or Snapchat instead.

Reply to unlock is a rocket that could propel the app or make it explode. If Slingshot can cultivate a large enough user base, the curiosity to unscramble shots will drag reluctant friends into the app. If it can’t get enough photos and videos flowing between friends, forced content creation erects a barrier to usage. It shouldn’t be long before its trajectory becomes clear.