At its E3 press conference, Sony just announced that the PlayStation TV game console (known as the PlayStation Vita TV abroad) is coming to the United States and Canada this fall.

The PlayStation TV will come by itself for $99 (you’ll have to bring your own controller) or in a $139 bundle that comes with a DualShock Controller, a memory card to store downloaded games on, and a copy of the Lego Movie video game. 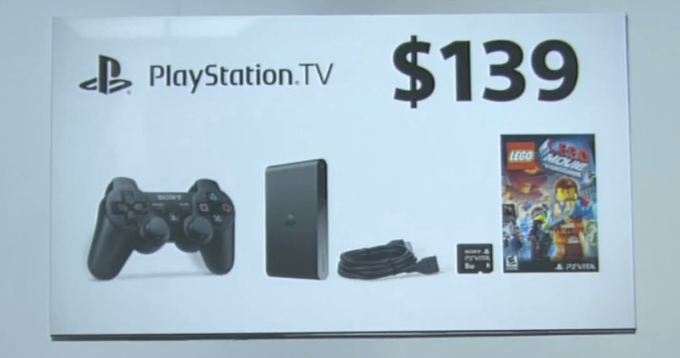 PlayStation TV owners will also be able to log in to PlayStation Now, Sony’s upcoming Netflix-like service that lets people “stream” games from the cloud. The service will have approximately 100 PlayStation 3 titles available as well as more than 20 free games made specifically for PlayStation Now.

Gamers with a PlayStation 4 in their home will also have the ability to stream games from the console to multiple TVs in the house through the PlayStation TV .

You can watch the announcement in the video below: