A global survey of thousands of parents showed that over 80% of them blamed the internet for teaching their kids about sexuality before they did. Most parents are now talking to their kids at an average of around age 10 about sex and relationships before the internet does, according to the survey.

That’s a full five years younger than the previous generation. Nearly half of all parents report never even having had the sex talk with their own parents when they were growing up.

According to separate research, kids ages 8-18 spend a whopping 7.5 hours a day viewing online media and television content. This means they’re spending more time getting info from their screens than from their parents and teachers.

Even if parents place rules on screen time, the kids can still view content at a friends house, from apps on their smartphone or by some other means. More than half of children also reported disobeying their parents rules on internet usage. So as reluctant as parents are to talk about sex, 8 in 10 feel they must.

Of course, for every uncomfortable subject in “the talk” there’s now an app for that. The iPad app Birdees helps parents navigate that often awkward first approach about how babies are made. And just as fast as kids can Google any sexy word, parents can look up “how to talk to your kid about sex.”

ThatsNotCool.com, a site created by Futures Without Violence and the Department of Justice’s Office on Violence Against Women also helps kids understand healthy sexual and relationship boundaries.

It’s not necessarily a bad idea to bring up the subject before the kids start sexting, either. MTV’s It’s Your Sex Life hosts a “Get Yourself Tested” party to…I guess…make it fun for teens to understand that sex has consequences beyond just the garbage that is “16 and Pregnant.” Speaking of teen pregnancy, that’s actually at an all time low, thanks to more sex education and access to free condoms.

Even those opposed to abortions can thank more sex talk for less of that. Abortions are at historically low rates as well, thanks to earlier and more thorough sex education about how to prevent pregnancy — including discussion of, easy access to and normalizing use of “the pill.”

It’s not clear what the consequences are psychologically for talking to kids about sex at a younger age, but what is for sure is that they are curious, asking about sex and looking for answers. Better to get it from the source who brought them into this world than from from some of the seriously messed up stuff they could come across online. 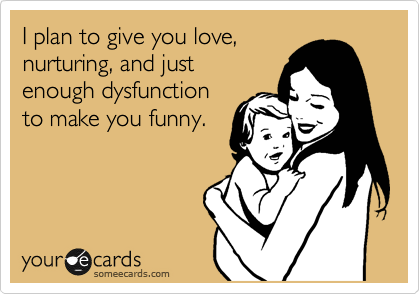