Starting Monday, Apple will be unloading a week’s worth of news and resources for software makers at its annual Worldwide Developers Conference in San Francisco at the Moscone Center. Apple always kicks things off with a keynote at the beginning of the show, wherein it reveals new and exciting things for both developers and consumers alike. This year will be no exception, but what exactly can we look forward to? There have been a lot of rumors swirling, about iOS 8, OS X 10.10, new hardware and more, so let’s go through each and check out what is and isn’t likely to make an appearance.

Apple has in the past made hardware announcements at WWDC – a few years ago, in fact, it used to debut the new version of the iPhone at the early summer conference annually. Recently, however, it keeps the hardware part of the show pretty low-key; last year, we saw the arrival of new MacBook Airs, and the Mac Pro was previewed, but it was nothing like the big fanfare of huge new product unveilings.

This year, some rumors have suggested we might see new iMacs shown off on stage at the keynote (the MacBook Air line was just updated, so it’s almost certainly out). We’ve heard from reliable sources that new iMacs aren’t on the docket for WWDC 2014, however. In fact, we’re hearing that the focus of this year’s show will be much more about developers and software, and it’s likely we won’t see any new hardware at all.

This year’s WWDC will likely be all about the developer, and that means an emphasis on software and new capabilities opened up by the introduction of new APIs and app capabilities. It’s very likely that this means we’ll see significant announcements made around Apple’s mobile OS. iOS 8 is a strong candidate for a WWDC reveal, and while early reports have varied in terms of what we might see there, there are some clues as to what to expect.

Earlier this year, 9to5Mac began reporting details about the upcoming iOS update, including the major new addition of Healthbook, a fitness and health tracking platform built into iOS that would work with first- and third-party hardware and software to provide users with ample information about their activity levels. It will reportedly feature a cards-style interface like Passbook, and track measures including Heart Rate, Blood Pressure, Respiratory Weight, Blood Sugar and more. It’s said to be a feature that will work with future Apple wearable devices, too, although at launch the focus will likely be more on third-party developers. 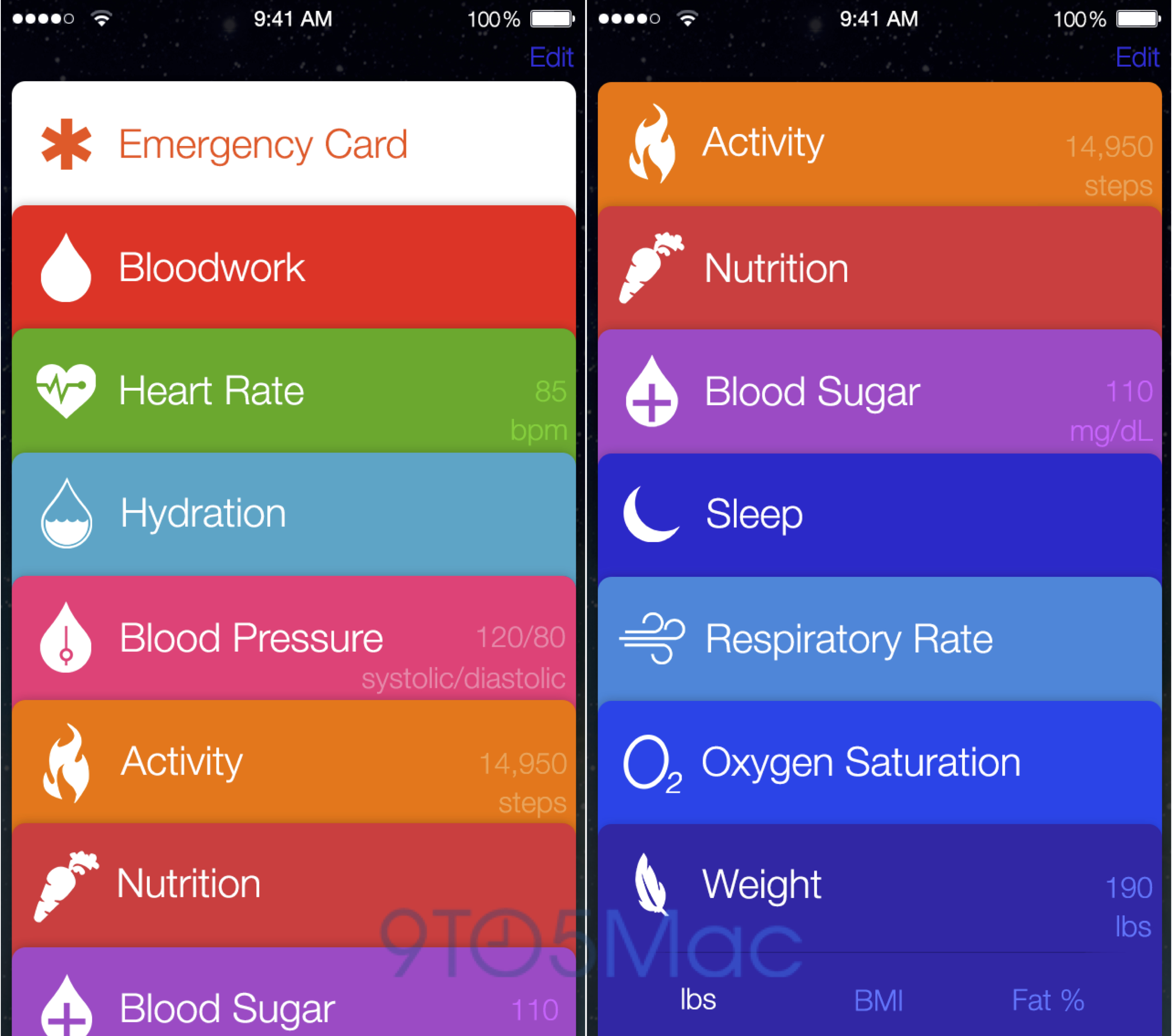 Other changes in iOS 8 include a reported improvement to Maps, with the introduction of transit directions (left out since Apple introduced the feature in iOS 7). There’s also said to be a standalone iTunes Radio app, which is interesting given Apple’s acquisition of Beats Music earlier this week. Other possible  feature changes include voice-over-LTE, a simplification of the notification tray, standalone TextEdit and Preview apps and more.

Also probable for WWDC is a new program designed to capitalize on the rising popularity and availability of smart home software and devices. Originally, this was reported as a brand new platform, but a later report from GigaOM’s Stacey Higginbotham suggested that instead, this is more like an expansion of Apple’s ‘Made For iPhone’ program that flags iOS-friendly smart home devices for consumers

Apple is expected to launch the next version of OS X at WWDC, too. Typically, it announces new versions of both its desktop and its mobile OS at the show, and makes them available right away for developers to begin testing and building software for. The change for OS X is going to be the second in the new naming scheme, which uses surf spot names instead of large jungle cats.

Sources talking to 9to5Mac suggest that we’ll see a major redesign of the visual elements of OS X with the next version, led by Apple design chief Jony Ive. Ive led the redesign of iOS 7, too, and the new version of OS X will reportedly inherit some of its flat elements and use of white backgrounds in place of textures and other things. Software features said to have been tested for 10.10 include Siri for desktop, and cross-platform AirDrop capabilities that work with the feature on iOS devices, in addition to other Macs, but it’s unclear whether those will launch with the initial build.

We’ve also heard separately from a solid source that it’s a good idea for Mac developers to prepare for significant visual changes to OS X with the coming build. Apple made some moves towards a unified design language between iOS and OS X with Mavericks and iOS 7 last year, but on the desktop it seems to be favoring a more gradual shift. Still, expect to see more dramatic alterations on that front come Monday.

Devs Are The Focus

Long story short, while there should be plenty to excite consumers and general fans of Apple and its devices, the big focus of this year’s WWDC is mostly likely going to be developers, and the keynote should reflect that. Of course, excitement for developers means excitement for end users down the road, since what Apple will be revealing is essentially a brand new toy box that app and accessory makers can dive into to delight and amaze their own customers down the road.