Mustbin, a personal data organizer that lets you snap photos of important documents – like financial statements, home and vehicle information, medical documents, and more – and store those securely in the cloud, has become one of the go-to apps on my iPhone’s homescreen since it launched out of private beta last November. Today, the company is announcing an additional $1.5 million in funding, as well as an expansion of its service to now include a secure messaging component. 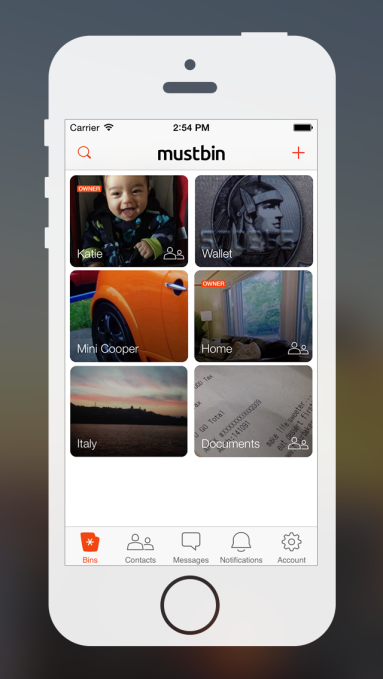 Though a secure document storage application would seemingly compete with the “big guys” in cloud storage, like Google, Microsoft, Dropbox, Box and others, Mustbin’s unique angle is that it’s a mobile-first application where the “documents” are just well-organized iPhone photos. In fact, Shin told us earlier, he came up with the idea for Mustbin because he had tried to keep track of things himself by taking mobile photos, but it had gotten out of hand.

Mustbin’s interface, instead, allows you to organize those sorts of photos into collections like “Wallet,” “Home,” “Car,” and more, and offers guides to help you create your top-level categories as well as import specific types of files (e.g. insurance cards, bank statements, receipts, immunization records, etc.).

Meanwhile, everything you put in Mustbin has AES-256 encryption on it and has end-to-end encryption during cloud sync. The data is stored on Amazon S3, where it’s also encrypted, so even company engineers can’t access it.

Today, the company is rolling out a couple of features to expand upon what was before an app designed largely for personal use: Secure Messages and Bin Sharing. The messaging feature lets Mustbin users send each other free messages with end-to-end encryption. This makes sense in an app where you’re dealing with sensitive data – instead of flipping over to iMessage to then communicate about those files, you could now do so safely right in the app. 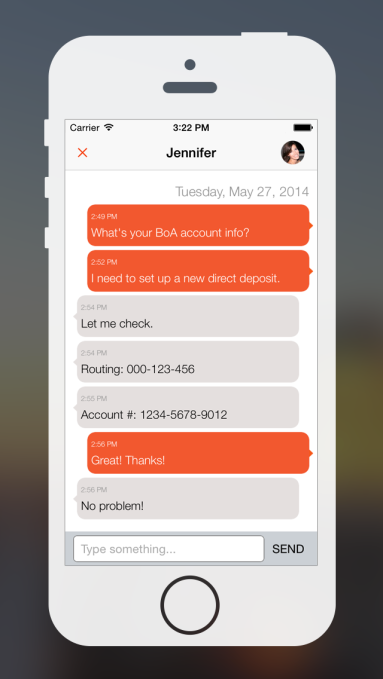 What’s more is that those messages are then permanently archived in the Mustbin app, so they’ll be available for years after they’re sent.

In addition, with Bin Sharing, Mustbin now allows you to share entire folders (“bins”) with trusted friends and family. For instance, you could share with your significant other a “bin” containing your household documents, while you might use another bin to share photos with your family, and another for organizing hospital bills. Bin members can also now comment and like bin content, which moves Mustbin a bit into “social” app territory.

Though the company declined to share exact user numbers, they would say they have “thousands of users” who are now organizing “tens of thousands” of documents. The additional funding will be used to help Mustbin accelerate their growth over the next year to 18 months, we’re told.

The updated version of Mustbin is available here on iTunes.