If you have AirPlay or any other kind of wireless home network audio setup, you’ll no doubt be aware there’s a delay. You click play, there’s a few seconds of silence, and then the music starts. This is ordinarily fine, because we don’t usually need things to be real-time, but that’s not the case when you’re trying to broadcast live music within a home or building, or when you’re trying to watch a movie and the audio isn’t syncing correctly.

New Kickstarter project Brick & Bullet wants to offer no-latency audio streaming to consumers, using the Ethernet AVB standard and its new hardware to provide instant playback. The project is the creation of John Gildred, founder of AVB.io, and it’s making its debut at SF’s Maker Faire this weekend. 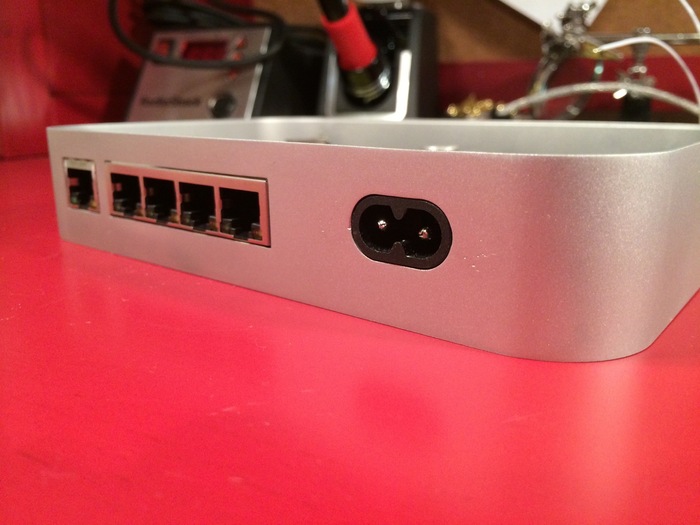 In the video above, you can see how the Brick & Bullet compares to a traditional AirPlay setup using an Airport Express router. It’s a much better system, and one that could solve a lot of the annoying issues that come up when you try to extend AirPlay beyond its intended purposes using aftermarket software like Airfoil. OS X has support for AVB out of the box, too, so it works instantly with Mac computers running Mavericks.

This is fairly specialized product for a market that puts a high premium on top quality audio delivered with as much fidelity as possible, so it’s likely going to have niche appeal. But the potential of AVB is something that could really change the ways in which music and audio professionals and demanding enthusiasts work with digital media.

Backers can get a Brick unit starting at $300, and a Brick plus two Bullets start at $850, so you know this isn’t for those who are just sort of interested. The projected ship date of the devices is September, and the Brick is essentially production-ready, while the Bullet still needs to undergo final design.