Circle, the bitcoin-based financial services company, is emerging from stealth with a suite of products and services aimed to take bitcoin’s blockchain to mainstream consumers.

Since its launch in 2013, Boston-based Circle has been very quiet about its planned offerings based on bitcoin’s exchange technology. Now, as the international bitcoin conference in Amsterdam shifts into gear, the venture-backed company is unveiling a host of financial services offerings for the everyday consumer.

Indeed, Circle’s founder and chief executive, Jeremy Allaire, believes that bitcoin’s true value is as a payment medium rather than as a store of value. To him market speculation — which has waned in recent months — is actually a bet on the longer term efficacy of bitcoin as a medium of exchange.

A serial entrepreneur who made millions with the online video company he founded, Brightcove, Allaire says the bitcoin adoption curve is similar to that of any other new technology — which he segments into an embrace by early innovators and then early adopters; followed by acceptance from a group that he calls the “early majority” before finally a technology gains mass appeal. 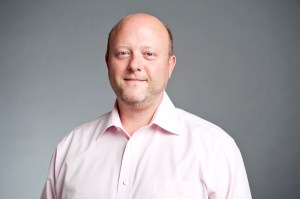 “At Circle we are very focused on creaing a product that allows us to move from early adopter to early majority,” Allaire says. It’s consumer financial services built in an all-digital, instant, universally accessible, and free platform for consumers — for now.

Existing bitcoin (or other digital currency) services require users to understand public key cryptography or the installation and management of specialized desktop software, or demand that users act more like traders than like bank customers, according to a blog post on the Circle web site. Allaire’s company is looking to change that by providing an instant conversion process from a customer’s fiat currency to bitcoin — and back again.

“The ‘best in class’ experience in the market still required consumers to wait almost 10 days to get their first digital assets, and presented a user experience focused on buying and selling bitcoin, not storing and using digital money,” Allaire writes on the Circle blog.

Unlike other sites that promote buying and selling bitcoin, Circle is designed to have customers create accounts, send and receive money and make deposits and withdrawals. Instead of forcing customers to learn what amounts to a new language to use bitcoin, Circle tries to make the experience as similar to retail banking accounts as possible.

Circle immediately converts fiat currencies into bitcoin and stores it, and then when a customer withdraws bitcoin from a Circle account, it automatically converted back into a local currency to be transferred into an existing bank account.

And… the service is entirely free to consumers. “We don’t think consumers should be charged for using their own money,” Allaire writes on the Circle blog.

Furthermore, the process is nearly instantaneous. Users can open a Circle account and see bitcoin in it within minutes, rather than the days that some sites take to confirm a bitcoin transaction. The company also offers customer support including telephone support as of today.

Behind all of this is a security system built not only with past mistakes in mind, but also with an eye toward any future threats. Circle’s founder touts its systemwide security architecture which has been audited by cyber security firms and is routinely tested by black hat and white hat hackers.

There’s a multiple signature architecture and most keys exist in offline cold-storage vaults, akin to those offered by other bitcoin services. “We maintain several geographically distributed secure vault facilities protected by multiple layers of access control, monitoring, and armed guards,”Allaire writes. “Offline funds can be brought online only through multi-signature transactions, and no active private keys are ever moved or accessible in physical transit.”

Circle also offers free insurance for deposits and as a regulated Money Transmitter in the United States, the company is required by law to maintain full reserves. It holds all of its customers’ deposit value and cannot invest those assets for its own profit under U.S. law. Moreover, Circle has to provide audited financials that prove its full reserves and associated accounting to government agencies.

Allaire has always stressed the importance of regulation for the mass adoption of bitcoin, and at Circle he’s definitely practicing what he preaches. Compliance is serious business and in his blog post Allaire notes that Circle will report anyone that the company suspects of engaging in illegal activities. Probably wise in light of the criticism still leveled at bitcoin purveyors by consumers worried of stumbling on to another Silk Road.

Looking beyond American shores, Allaire already has his eye on a global market for Circle’s financial services products. The company has offices in Dublin and has guaranteed that any bitcoin holder anywhere inteh world can create a Circle account and get free and insured usage and storage of bitcoin.

For folks who haven’t yet bought in to the blockchain, Circle’s services are available — but by invitation only. “The criteria is less around who the users are than the volume of users,” says Allaire. “We want to scale out in a metered way.”

To date, Circle has raised $26 million from investors including Breyer Capital, Accel Partners and General Catalyst Partners who were joined by Oak Investment Partners to lead the company’s $17 million Series B round, which closed earlier this year. Other investors include Pantera Capital; SecondMarket founder Barry Silber’s Bitcoin Opportunity Fund; Leonard H. Schrank, the former head of the global banking industry’s transaction fulfillment network, the Society for Worldwide Interbank Financial Telecommunications; and Circle board member M. Michele Burns. Circle board member Raj Date has invested through his firm Fenway Summers.

“For us bitcoin is the most interesting form of digital currency today,” says Allaire. “But we don’t believe that mainstream consumers are in any way thinking about bitcoin as a currency.”