Microsoft’s Outlook.com announced a new method for users to create complex “rules” for how to handle email today — think of them as similar to IFTTT recipes for your inbox — along with a number of quality-of-life improvements.

Outlook.com has been a success for Microsoft. When Microsoft completed the Hotmail transition roughly a year ago, it indicated that Outlook.com had 400 million active users, of which 125 million were active on mobile. It’s time for some new numbers. (I’ve asked Microsoft how it counts an “active user” on the service, and will update this post when I hear back.) Outlook.com, of course, launched as a new service, eventually absorbing Hotmail’s user base after a period of open transfer. [Update: Microsoft provided TechCrunch with a definition of how it counts a monthly active user: “Outlook.com counts active users as people who sign-in monthly via the web, client, or smart phone.”]

The new “advanced rules” capability allows users to create multiple “conditions,” like the age of an email, if you know the person who sent it, and if it is read, to drill into your messages and then apply a few actions to the missive. The tool could be a boon to power users. Gmail has filtering technology as well, of course. 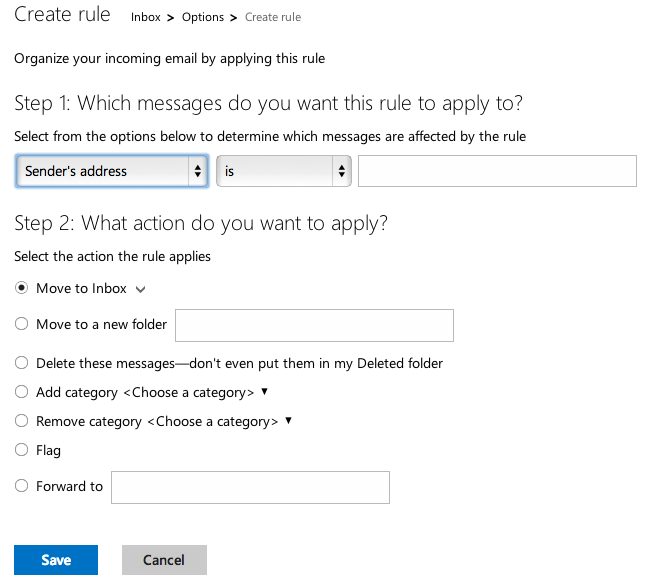 The news rules, shown below, will begin rolling out today, so be patient if you haven’t received them yet:

Moving on, according to Microsoft’s post on the new features, Outlook.com users press the “reply” button 8 million times per day. Aside from that number feeling somewhat small, inside of the webmail service you can now reply in-line to emails, remove the need to shunt to a new view to do so. Also, Outlook.com is introducing an “undo” feature akin to what Gmail has offered for some time.

Lastly, you can now change the chat service that you are using to speak to a contact inside of Outlook.com.

The updates help bring Outlook.com into better parity with Gmail in some areas, and also help advance webmail. Outlook.com fits into Microsoft’s mobile-first and cloud-first segment of its “services” business model. Outlook.com also fits closely into the OneDrive and Office Online ecosystem, meaning that driving usage of the email tool could help seed usage of other Microsoft cloud products that the company is determined to grow.

IMAGE BY FLICKR USER Abhishek Shirali UNDER CC BY 2.0 LICENSE (IMAGE HAS BEEN CROPPED)