In TechCrunch Disrupt NY’s Startup Alley today, MEMI co-founder and president Margaux Guerard is demonstrating her company’s iPhone-compatible smartbracelet. Aimed at women who tend to carry their mobile phones in their handbag, the MEMI alerts you to incoming calls, texts and calendar events with a discreet vibration.

The company, created by former strategy consultant at Bain & Company and 4Moms board member, Leslie Pierson, first came across TechCrunch’s radar when they wowed the judges at the Atlanta Pitchoff earlier this year. They then went on to raise over $100,000 in crowdfunding on Kickstarter from over 400 backers.

The best thing about the MEMI bracelet (which I asked if I could buy right then at there at the Startup Alley booth), is that it doesn’t look like a “wearable device.” It looks like jewelry. It’s a tad heavier than a similarly-styled bracelet I have at home, but the weight, explains Guerard, is something they’ve been experimenting with. She says that when testing prior, lighter versions, some of the feedback they received from women was that bracelets that were too light felt “cheap.”

So the MEMI, which will be available in gold and silver, is designed with aesthetics in mind. It’s the kind of thing you might buy for yourself anyway, even if it didn’t come with its included smarts. And when someone sees the bracelet dangling on your wrist, they don’t immediately know it’s a device. Which is cool. 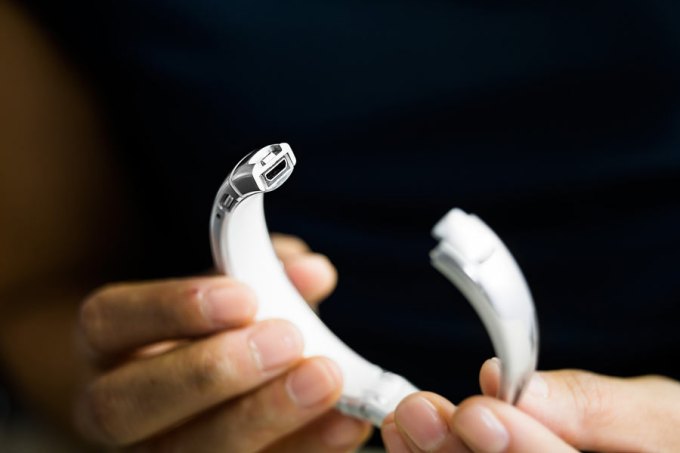 The bracelet also solves a real problem many women still have today – something that no one has yet to address. Many of us don’t want to carry our phones in our pockets, with the big bulge that entails. (In fact, several of our outfits don’t even offer pockets!) That leaves us with having to carry the device in hand, dangling the phone around our wrist in a mini case on a strap, or putting it in our handbag where we’ll often miss the incoming messages and calls…well, unless we obsessively check our phones, which is not fun.

The MEMI, though offering only the basic functionality of alerting you to incoming communications, is an attractive way to solve the problem. Guerard says her husband loves the device too – no, he’s not wearing it – he’s just really glad he can finally reach his wife on the phone, she says. 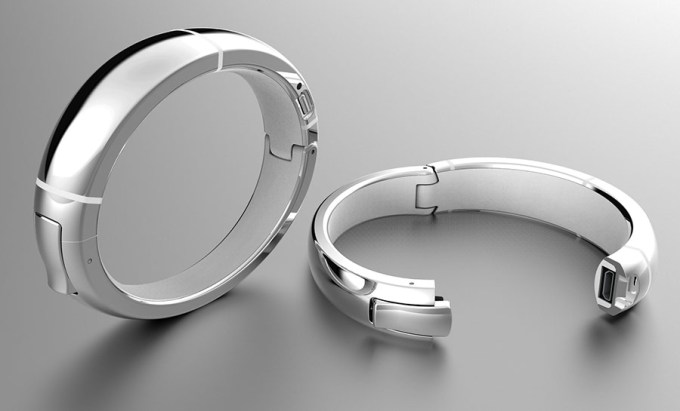 The bracelet will eventually retail for around $200, but it’s available for $150 on pre-order now. You’ll need to charge the device every five days, assuming you receive ~50 alerts per day. A free iPhone app works with the MEMI, allowing you to configure the device and the vibration patterns.