At TechCrunch Disrupt NY this morning, Google X’s “Captain of Moonshots” Astro Teller sat down with TechCrunch co-editor Matthew Panzarino for a brief discussion about Google X and Google Glass, with a focus on the privacy issues surrounding the latter.

Talking about Glass in general, Teller said that he is “pleased with the progress we are making,” but he also noted that “a lot of the progress we are making can’t really be seen by the public yet.” So far, Glass has been “an adventure in learning” for the Google X team. Hinting at some of the issues around Glass and its use in public, Teller said that its current users have been very patient with the product in this early stage and have been “very thoughtful about how they represent Glass.” That can’t be said for everybody, of course, and Google recently published a guide to using Glass in public. 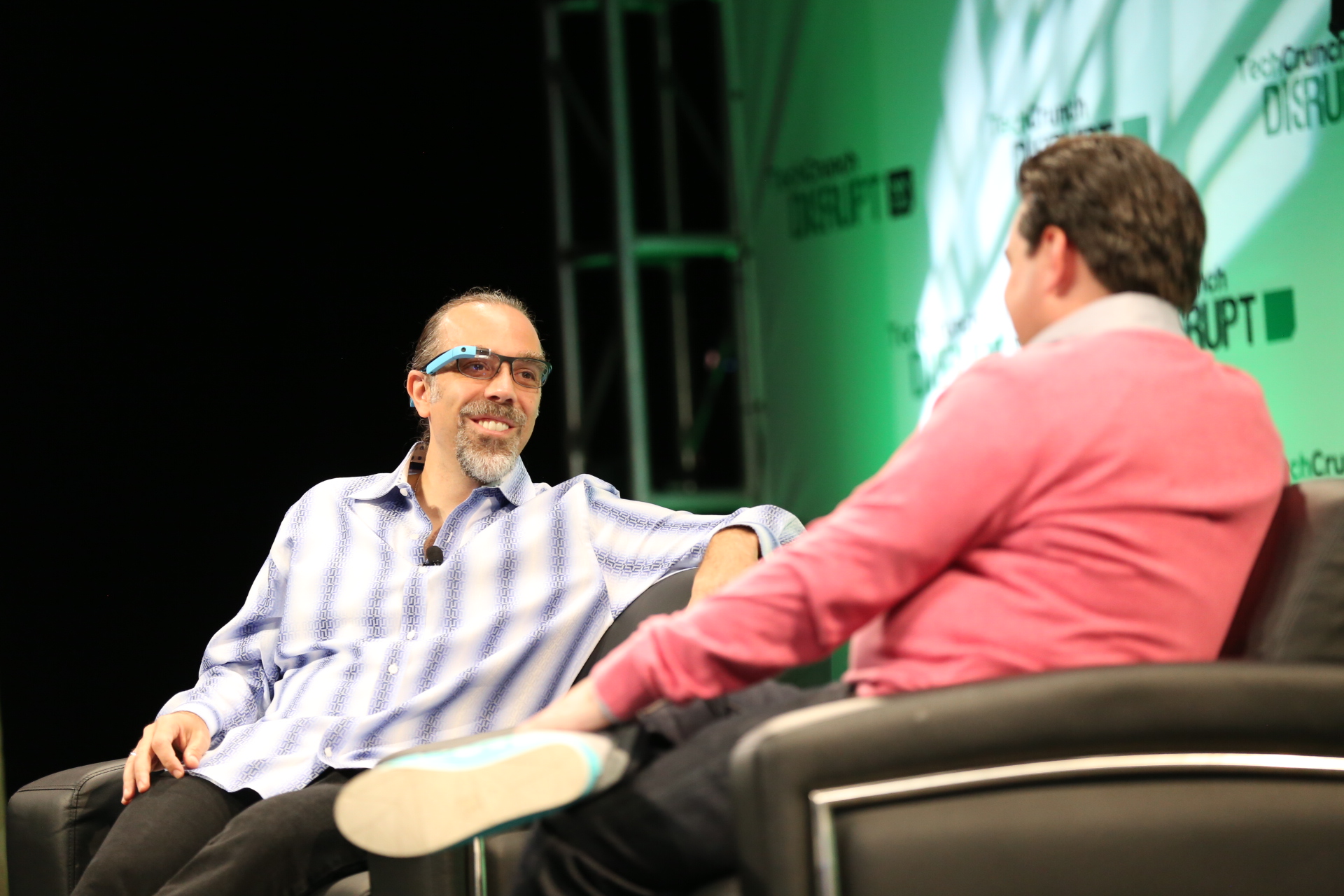 Focusing on the camera, which Panzarino asked about specifically, Teller argued that he doesn’t believe the criticism of having the camera on the device is warranted. He did grant, however, that “people are uncomfortable with how quickly the question of privacy is moving” and likened it to the huge amount of cameras that surround us all day.

“When you go into a bar, there are hundreds and hundreds of cameras in that bar – many of them installed by that bar. They might be checking something or taking a picture of you.” Because of this he does buy that Glass really presents a problem. Instead, he thinks our thoughts about privacy have always been shifting. He believes that Glass won’t set the agenda for how we think about cameras and privacy today, but acknowledged that Google and Glass “are part of it.”

Summing up his thoughts, he argues that “Glass is the world’s worst spy camera. If you want to surreptitiously take photos, I would not use Glass.”

Granted, that’s probably true, but what Teller didn’t acknowledge is that many people simply feel uncomfortable when they are talking to somebody who is constantly pointing a camera at their face. Maybe this will change over time — and he is surely right that our thoughts about privacy and public spaces is constantly in flux — but for the time being, Glass sure seems to have become a focal point for people who believe that Google has no interest in privacy.