Heading out to TechCrunch Disrupt NY next week? A newly launched mobile application called nextSociety can help you figure out who to meet there. Using a combination of your iPhone’s contacts and LinkedIn, the app scans your connections to determine the 150 most relevant people who align most with your current objectives – whether that’s a trip to New York or just networking in your own city with visiting professionals.

The app is aimed at the peer-to-peer networking crowd, as today it doesn’t offer enough privacy controls for the more sought-after public figures (such as, in the startup industry, VCs, for instance,) to help them limit their exposure. But nextSociety CEO Dr. Peter Stebe says that’s something they’re working on for a later release. 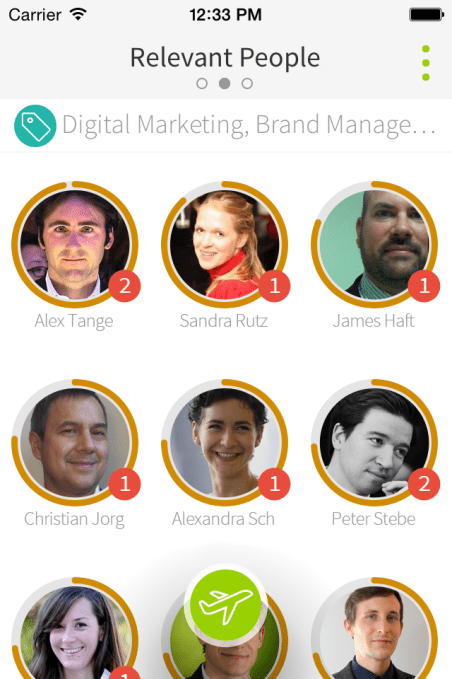 He, along with co-founder Alex Tange, both previously of Earnest & Young, came up with the idea for the application after getting frustrated with how difficult it is today to filter through their own personal networks to determine who was relevant for a particular purpose, like trying to figure out what event or conference they should attend, for example.

Last summer, they teamed up with ex-Googler Ben Simsa (CTO) and began working on their idea for a new kind of networking experience.

Explains Stebe, after logging into the nextSociety, you first type in your interests (“startups,” “New York,” etc.). “The app identifies, with a semantic algorithm, who are the 150 most important contacts to you right now, based on your situation,” he says.

That “150” number was not plucked out of thin air; it’s actually something called “Dunbar’s number,” which is a theory that suggests there’s a cognitive limit to how many relationships a person can maintain within a social group. (The theory has long since been popularized in mainstream media, where it has perhaps been a bit misinterpreted as a figure referencing how many total friends you should have on a social service like Facebook. Not quite – it’s how many people you can keep up with at a given time.) 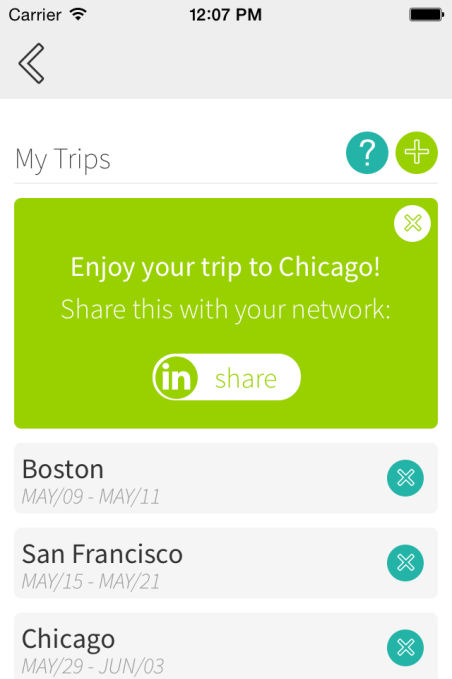 The app seems to be more useful for those times when you’re traveling to a city, rather than for local networking opportunities.

For instance, you can “pre-checkin” to places by adding trips to the app, which will help you find relevant connections in a new city. But to some extent, the app is limited by the data it has access to – your phone contacts, and basic profile data from LinkedIn.

“But we’re going to onboard all the other social networks that are most important to you,” Strebe promises.

And while using Dunbar’s number makes sense, in my tests, the app seems to miss finding people I’d call “relevant” connections for my upcoming trip to New York, indicating that the algorithms themselves need some tweaking.

Competing apps like Connect or newly launched Weave (from Decide.com founder Brian Ma), may not offer the same context as nextSociety does, but they offer a wider set of individuals to browse through – something that hardcore networkers may prefer.

Longer term, the company may choose to generate revenue through a premium model or a version for alumni networks, from schools and businesses alike. The company, based in both Austria and New York, has under a million in seed funding from angels in the U.S., U.K., Israel and Austria.