SOLS, a 3D-printing company which is today focused on custom printed shoe insoles that help with foot pain and other ailments, has raised $6.4 million in Series A funding, in a round again led by the startup’s seed investor lead, Lux Capital. In addition, new investor Founders Fund also participated, along with existing investors RRE, Rothenberg Ventures, Felicis Ventures, FundersGuild, and Grape Arbor VC.

The company was founded by Kegan Schouwenburg, the former Director of Operations and Industrial Engineering at 3D printery Shapeways, who was the sixth employee for Shapeways in the U.S., and who helped them launch a Shapeways factory here in the States. She was fascinated and inspired by the potential for 3D technology, and she envisions a grander future for SOLS when (not if, but when) its initial product gets off the ground. 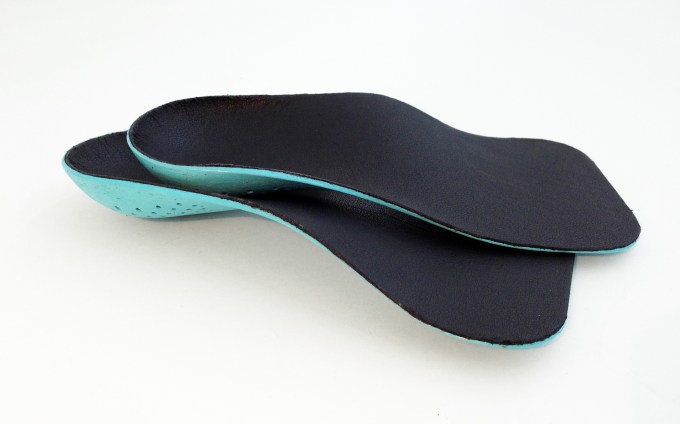 Today, the company has developed an application that runs on iOS or Android devices, that lets you “scan” your foot by recording a video. SOLS then runs a series of processing algorithms on the video to help it create your custom insole, along with taking into account other things, like your weight, information about your lifestyle, and what you’ll be using the insoles for, in order to create the final product.

The company is initially working with around 50 doctors in the U.S. who are prescribing these insoles to patients – at a rate of around 100 per week, combined. During the beta, the insoles have been given away for free, but starting next month, doctors will begin reselling the insoles at market rates of $300-$700. (SOLS’ MSRP is $500.) By year-end, the plan is to have 200 doctors on board, and further down the road, the product will be introduced to consumers at lower price points.

However, custom insoles may be just the start for the company.

“We’re building this platform that spans scanning, and product design and 3D printing, and what does that mean? Well, we now have the ability to bring custom fit and custom products to these very specific product categories,” says Schouwenburg.

Orthotics may the first industry SOLS attacks, she says, but she’s also been thinking of things like custom-printed shoes, safety gear, braces, prosthetics and even clothing – specifically plus-sized clothing. 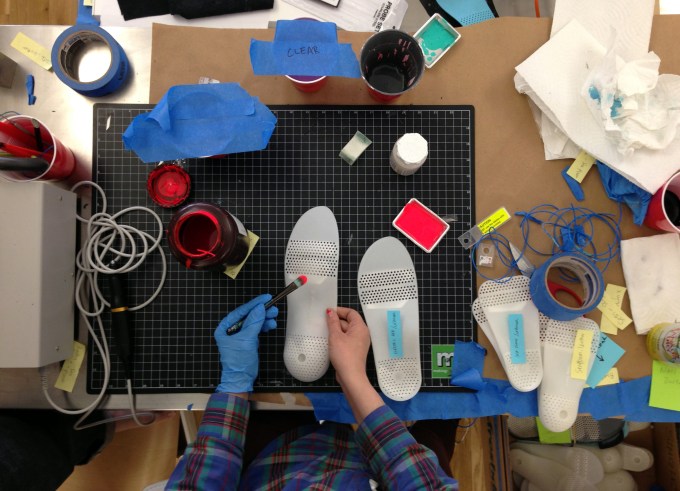 For the time being, though, the company is working to move into its new offices in New York, which will now include a couple of machines to help SOLS speed up its R&D efforts. However, it continues to work with its strategic investor ALM (Advanced Laser Materials) of Austin, Texas on development of materials and production.

And while early hires have been on the engineering side, SOLS is looking to use some of the new funding for additional hires in product, on both the physical side and the digital side of things. Including a new hire who starts in June, the team is now 13 full-time, and by the end of June, they hope it will grow to 20.