The team at Pixite, known for making high-quality photo applications for iOS, including things like Unbound, Fragment, Tangent (an “App Store Best” in 2013), and more, is now revealing its latest creation: a photo-blending application called Union. The app lets you easily combine photos to make superimposed, silhouetted and double image exposures, as well as remove backgrounds, blend foreground and background images together, and more.

Explains one of Pixite’s creators Eugene Kaneko, the team basically started from scratch to create this app – “the best experience for combining two images in awesome ways.” 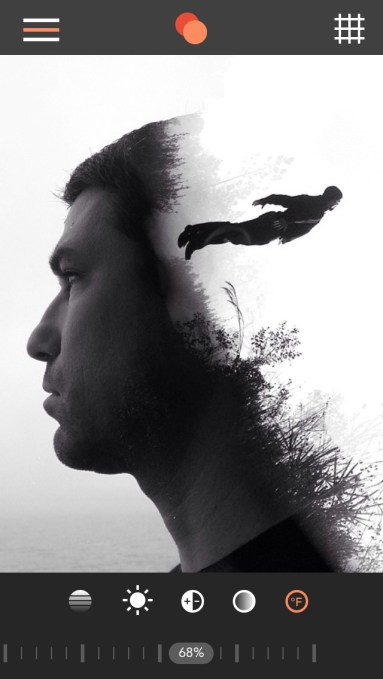 The company, which also includes Scott Sykora, Ben Guerrette, and Rich Chang, had wanted to add masking photos to its other photo editing apps, like Tangent and Fragment, but realized that doing so would make those apps too complex. That’s how they came up with Union.

In addition to offering the photo combination and masking features, it also integrates with Pixite’s other apps, making them feel more like an on-device suite that works together, rather than isolated experiences.

To get started with the app, users first load a background, color fill or transparent layer, then load a foreground image or color fill that can be composited on the background image. During this process, users can also make various adjustments for things like brightness, contrast, color temperature, saturation levels using a slider.

The last step is to add a mask that dictates what parts of the foreground to erase to create the final blended image.

All the included editing tools are precise, allowing for very specific, directed changes to the images.

The brush tool offers solid, gradient and square brush options, and each have zoomable brush sizes. One tool, the Magic Wand, is unique to Union among Pixite’s other apps, and offers real-time adjustments that let you tap an area to be removed then adjust the color range threshold using a slider to see the updates immediately, reducing the usually time-consuming back-and-forth editing process. 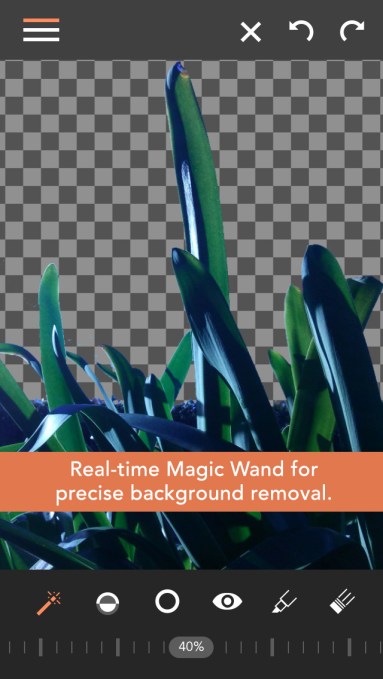 While this sort of photo-editing may be above the everyday desires of the mainstream iOS user base, Union will have appeal for professional photographers and hobbyists alike, the company believes.

But arguably, even if you’re not a pro photographer and just have a creative mind, what’s great about Union is that it lets you perform these sorts of advanced photo editing techniques fairly easily.

For all the functionality it offers, the app is kind of a steal at $1.99 on iTunes.