A more personalized way to pin may be on the way as Pinterest has announced a big press event in San Francisco on April 24th with the teaser image above. We’ve confirmed with the company that this will be a product announcement and CEO Ben Silbermann will speak. So what will Pinterest unveil?

The startup has written that this year it’s focused on helping people discover pins related to their interests. In January it launched a preview of a new personalized homepage that learns from what people have browsed and pinned in the past. This “Explore Interests” page then presents pins related to their tastes, and uses a mosaic of different-sized tiles to highlight certain items instead of Pinterest’s iconically uniform mason grid.

A full launch of Explore Interests would match the “choose your own adventure” theme. It would also mesh with what Pinterest head of engineering Jon Jenkins told me last year was on the roadmap for 2014. At the time, he said “Pinterest isn’t fundamentally about connecting people to other people. It’s about connecting people to interests…We try to identify interests through collaborative filtering, associative rule mining, natural language processing to provide discovery. I can pin five shirts I like and Pinterest derives my interest in fashion.” 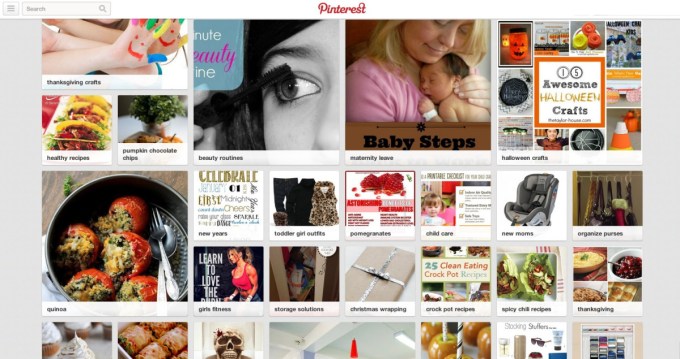 A personalized home page could use all these signals to provide a relevancy-filtered feed, much like Facebook does. That could make Pinterest a more relaxing place to visit and browse. Instead of having to hunt through topic-specific boards or know what you’re looking for with search, Pinterest will bring what you like straight to your digital doorstep. That could make it more addictive for hardcore users and more accessible to rookies. As the majority of Pinterest’s traffic now comes from mobile, I’d expect this personalization to show up on the small screen too, not just the desktop.

We’ll also be on the lookout to see if Pinterest announces any more plans on the monetization front. Pinterest raised a jaw-dropping $225 million at a $3.8 billion valuation in October, and everyone wants to know how it will make good on that investment. After months of testing, Pinterest plans to formally launch its “Promoted Pins” ads this quarter, according to the Wall Street Journal. These ads look like organic posts from users, but brands pay to make them appear in search results and category pages related to specific topics. AdAge says Pinterest is looking to charge a pricey $30 to $40 per thousand impressions (CPM), and has been asking for $1 million to $2 million commitments from advertisers. 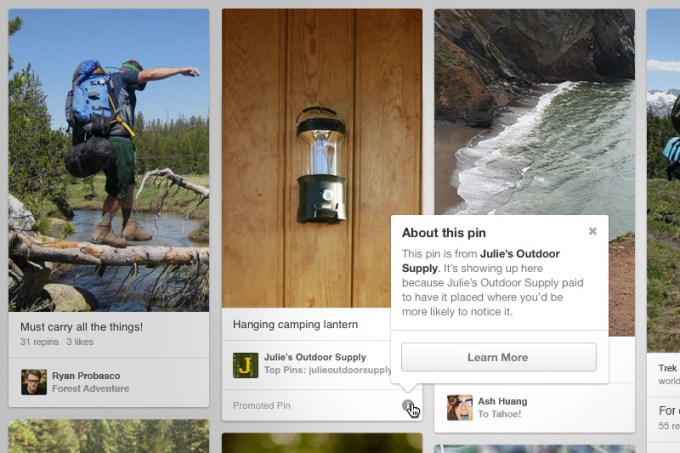 In my opinion, this kind of keyword-based advertising could be a very lucrative for Pinterest, because its visitors often come with a great deal of purchase intent. Promoted Pins won’t be scattershot demand generation, which has historically been Facebook’s wheelhouse. Instead, these will be demand-fulfillment ads, similar to Google’s bread and butter of search keyword ads.

And they could rake in cash for Pinterest by helping people make big purchase decisions. Dream vacations, ideal homes, children’s nurseries — there are the expensive things people pin. People know they want to vacation on St. John, buy a crib, or rent a lake house, but don’t know exactly where to spend their money. A beautified Pinterest ad could make the difference between which resort you visit, what home you lease, or where you shop for all your baby gear. With big cart sizes, e-commerce advertisers could quickly earn a return on their investment. eMarketer now gauges Pinterest at 40 million monthly users in the U.S., an audience big enough to drive serious ad revenue.

We’ll be there at Pinterest headquarters for the event on April 24 at 6pm PDT, and you can expect live updates from TechCrunch. Until now, Pinterest has acted almost like a clearinghouse for subscribing to magazines about your specific interests. But soon, it could employ big data so rather than having to subscribe to what you like, that content (and related ads) will come find you.