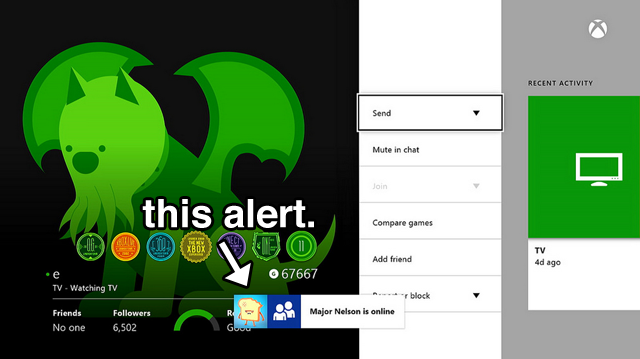 Do you have an Xbox One? It’s update time! Get excited! Well, not too excited. Moderately excited.

Like the last few monthly updates, this month’s patch is mostly meant to bring in features that aren’t so much oh-my-god-brand-new as they are things that were surprisingly absent after the jump from Xbox 360 to Xbox One.

The new update should start hitting Xbox Ones this evening.