Fast-rising rent was about to force a dozen artists out of their studios in San Francisco. But it turns out all that tech money that’s gotten so much hate lately can actually do some good. Four entrepreneurs leased the whole warehouse, let the artists stay, and renovated the place. Now there’s enough room for at least five startups to move in to what the founders are calling Code And Canvas.

This co-working and creative warehouse could create a model for how tech workers in the Bay area can take the rent crisis into their own hands. 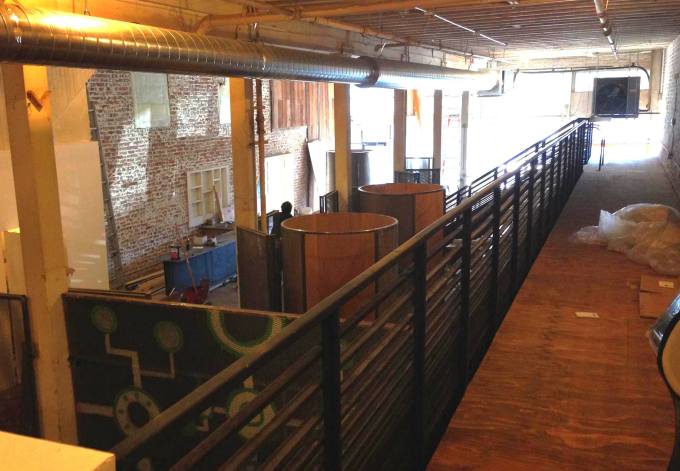 Restrictive zoning laws and entrenched property owners have strangled the supply of housing and working space in San Francisco. As the tech industry booms, thousands of engineers, designers, marketers, and managers have flocked to the city, exacerbating the problem. The result has been rapidly rising rent that’s forcing out long-time residents, and widespread malice towards technologists that has culminated in protests of company shuttles.

But while there are certainly some tech workers who are happy to collect their fat checks at the expense of their new neighbors, others want the community to retain its artists, families, and heritage. Those include Code and Canvas founders Nik Ajagu of Facebook and Ecosystem Ventures, Gi Fernando of Free:Formers and Techlightenment, Jeff Miller of Punchfork and Pinterest, and John Yi of Pinterest, Facebook, and US Army Special Operations.

Yi told me the story of how a family had owned the Code and Canvas warehouse for 30 years and was generous in keeping it affordable for the artists who worked there. Eventually, the family needed to bring the rents closer to market rate, though, which would have pushed out the artists. Luckily, a friend asked if Yi wanted to rent a desk as he’s an aspiring novelist on the side. That wouldn’t be enough to pay for the whole space, though, so Yi brought the other founders together to create Code and Canvas.

Unlike other tech co-working dens that may be displacing local culture, Code And Canvas tries to bring it in-house. “It’s definitely industrial, but that’s part of its charm” Yi tells me. Yi says the space is designed so the artists and entrepreneurs have physical proximity and will commune around the proverbial water cooler. Also, “We’ve architected the entire space so all the walls fold over to use the main area as one massive continuous space for events that will be curated by artists, architects, and graphic designers.”

Artists who occupy Code And Canvas include Calixto Robles, a Oaxacan-born painter (whose work is featured atop this article), and Marlene Aron (seen below), a poet and sculptor that does site-specific installations. 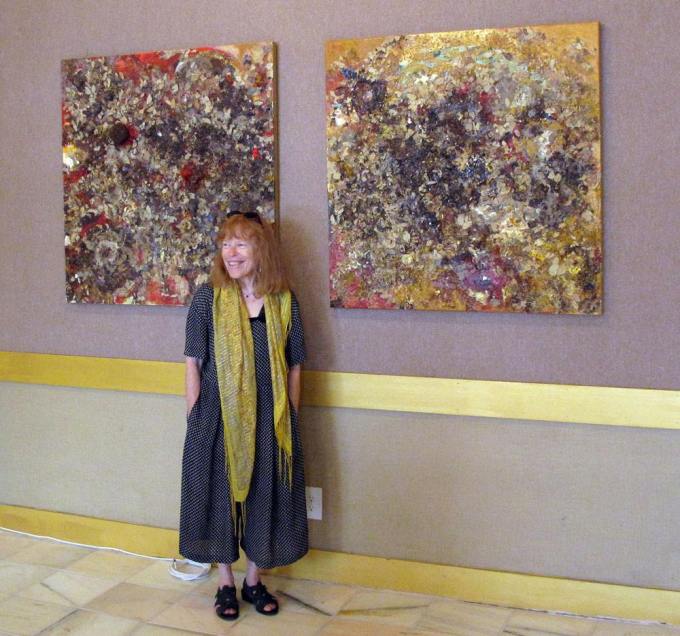 Yi says the anger pointed at the tech industry and the tales of its especially insensitive members seem “a little overblown…a little anecdotal” to him. But he’s sensitive that the tech boom is causing real hardships for other people in the bay. “If even 1 or 2 or 10 people are getting moved out because of [real estate] profiteering, that sucks.”

The city certainly doesn’t need tech workers thinking of themselves as saviors of the local artists, but that’s not how Yi came off. He seems legitimately concerned about his industry can be obsessed with “short-term quarterly revenues” instead of compassion. That’s why Code and Canvas’ principles center around craft, mastery, cross-pollination, and an endeavor to improve lives. It’s not just about tech and workers co-existing peacefully, but actively inspiring each other.