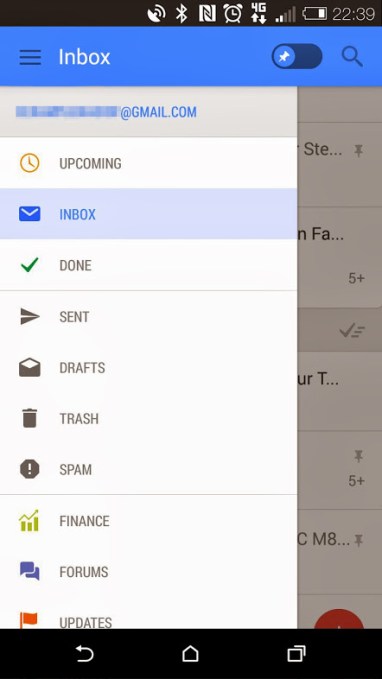 An email comes in. It’s important. Not like, oh-god-drop-everything-or-we’ll-all-die important, but it’s something you should probably answer.

But you’ve got stuff to do right now, so you don’t. “I’ll answer this tomorrow,” you tell yourself.

By tomorrow, the email has dropped down to the bottom of your inbox, replaced by 100 way less important things. You’d still answer it… if you hadn’t totally forgotten about it.

It happens to the best of us.

Back when Mailbox (now owned by Dropbox) launched in January 2013, their solution to this — the ability to “snooze” an email to have it resurface at the top of your inbox — was one of its most exciting features.

Now, it seems, Gmail wants in on the snoozin’.

According to Geek.com, Google is testing a build of Gmail with a bunch of neat new tricks packed in, email snoozing included.

Also in testing, according to the report:

This sort of thing is why it was quite good that Mailbox sold when they did. As nifty as many of Mailbox’s features were/are, it was only a matter of time before the big guys got around to copying all of the best bits they could manage.