Editor’s note: Tomio Geron is head of content at startup Exitround. This is part of a series of posts on the tech M&A market.

When Ursheet Parikh sold his company StorSimple in 2012 to Microsoft, it was one of the largest deals in the cloud infrastructure sector to date. But that wasn’t the only thing unusual about it.

It was also a fairly large deal for which he played the banker and negotiated the deal. This is not unheard of, but it is an interesting example of how such a process can work in a startup acquisition. Before explaining why and how he handled the acquisition without a banker, it’s helpful to follow how the company developed. 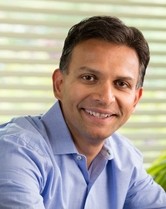 Founded in 2009, StorSimple combined the functions of multiple storage systems — primary storage, backup, archival and disaster recovery — into a single storage appliance that integrated with cloud storage services from companies such as Amazon, Rackspace, Microsoft Azure and Google. Parikh, formerly at Cisco, had previous startup experience and started the company with Guru Pangal, formerly of Brocade. The two were a good match to work on StorSimple because Parikh had a strong track record in WAN acceleration and Pangal had expertise in storage.

Early on, the team focused heavily on testing the product with about 40 customers. Parikh believes that some enterprise-focused startups push products out too early. Instead he advises enterprise startups to make sure the product is right before opening it up to the public. “Don’t settle on the product too early. These products take time to bake. It can be a mistake to declare general availability too early – especially before the product market fit is validated.”

One of the challenges of releasing the product too early is that it becomes hard to change product direction or focus. This can be a big problem if the startup gets a large customer early for what could be a niche business. “As soon as somebody buys the product and gives you a $50,000 or $100,000 check, they have so much leverage,” Parikh says.

At one point, some enterprise customers wanted to use StorSimple as part of a cloud backup service, like Mozy or Carbonite. That could have moved the company in a very different direction. But Parikh believed that enterprise cloud backup wasn’t a good business.

Parikh explains their rationale: “We were initially tempted, but I believed that traditional cloud backup for enterprises is too inefficient. The data volume is just too large and the ROI isn’t there. We decided the best way was to do primary and backup storage together — combined. This ended up being one of the best decisions for the business.”

StorSimple opened the product to the public in 2011 and it started to take off, blowing through its forecasts. “For enterprise infrastructure startups it can take two to four quarters of testing a product to bake it and another two to four quarters to hit scalable sales metrics. Within six quarters of general availability, StorSimple’s quarterly revenue had crossed a $10 million run rate with a few sales reps. This demonstrated that we had the product-market fit to build a business.”

With more than 100 enterprise customers by mid-2012, StorSimple emerged as a leader in cloud-integrated storage and was used by mainstream enterprise customers in sectors like retail, oil and gas, manufacturing, services, consumer goods, healthcare, government and banking.

StorSimple decided to raise a new venture round led by existing investors to expand sales, marketing and operations. Large cloud and storage companies in the ecosystem that were interested in taking the StorSimple product to market were invited to join this investment round.

“The StorSimple appliances had to be deployed by enterprise customers with cloud services. Most StorSimple customers found that Amazon and Microsoft were their most viable vendors. The majority of StorSimple’s deals were happening in partnership with Microsoft as a cloud provider,” Parikh says. “We had a pipeline with both companies but we would close deals faster with Microsoft because of their sales force and channel presence. It was a great way to build a company in the same way that Citrix leverages Microsoft.”

To sell or not to sell

StorSimple had to make a decision on whether to sell or try to build a big independent business. “We had product market fit and found ourselves at a strategic crossroads,” Parikh says. “We needed to decide if we wanted to double down and go all the way. We didn’t want to go capital-intensive and launch into a head-on battle with incumbent storage vendors.”

StorSimple’s strategy had been to partner with big cloud providers and it was already in “co-opetition” with Amazon, which had recently launched a storage product that competed with StorSimple. At that point StorSimple had to decide whether to take on Microsoft as well.

“We decided to explore merger options as we felt that our product would have a greater impact with companion products and the sales force of a large cloud vendor,” Parikh says. “Now the question was, whether we should engage a banker or run the process ourselves.”

To bank or not to bank

Rather than hire a banker, Parikh decided to go through the acquisition process himself with his board’s help for three reasons:

Parikh fielded offers and acted as the banker during the deal. “The strategy was negotiate hard but be nice. Even if you don’t sell, you don’t want to piss them off since they are important go-to-market partners.”

In the end, Microsoft has been happy with the deal, and Steve Ballmer has called StorSimple “one of my favorite acquisitions,” touting it as a cloud service for use with on-premise Windows or Linux servers. “[T]hat thing has really exploded for us and helps our customers to understand why to double down on us as a hybrid cloud vendor,” Ballmer said.

Most buying companies check in regularly with the acquired teams to make sure things are running smoothly. In Microsoft’s case, the company said StorSimple deployments grew by 700 percent in the six months after the acquisition. It’s also become a “core part” of Windows Azure storage offering, according to Brad Anderson, Microsoft corporate vice president.

“Acquirers will do a larger post-mortem evaluation one year after the acquisition,” Parikh says. “However on the StorSimple deal we agreed to do a review every six to eight weeks so you know that you’re on track.”

That kind of alignment doesn’t always happen with acquisitions. But it was one of the key factors Parikh made sure of when he went through the deal process — that he could work with the Microsoft team and that they would work for the same goals.