Google is launching a wide range of updates for its Cloud Platform today that aim to make it more competitive in a market where Amazon Web Services is still the de facto platform for cloud-based applications.

To say that Google is getting aggressive is likely an understatement. The company today announced huge price cuts across virtually all of its services that generally undercut its competitors. For example, the cost of Compute Engine dropped 32 percent across all sizes, regions, and classes. Cloud Storage prices are down 68 percent and Google BigQuery on-demand prices are down 85 percent.

Google argues that prices haven’t followed Moore’s law, even as hardware costs have dropped rapidly over the last few years. Going forward, Google expects prices to follow this model, too. Until now, it’s worth noting, Google has been one of the more conservative cloud vendors with regard to price drops. Now, it looks like it could actually lead the pack. 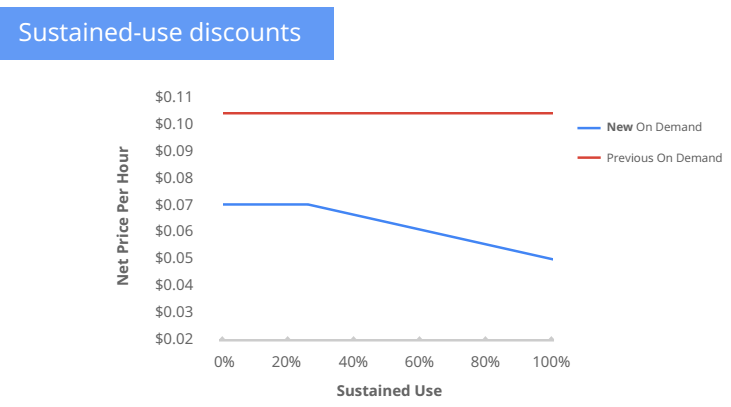 Google also now offers developers a simplified pricing model. While Amazon’s pricing is known for its complexity, Google wants to go the other way. Instead of having to reserve instances and pre-pay in order to get discounts, for example, Google has introduced what it calls “sustained-use discounts,” which kick in automatically if you use the service for more than 25 percent of the month.

In addition, Google is also offering developers new tools in an effort to make them more productive. These include git support, but easier access to logs across all instances, new tools for tracing bugs, and an online code editor for making quick changes to applications right from the Cloud Console.

With the launch of Managed Virtual Machines, Google is also launching a new feature on its platform that gives developers more flexibility. Instead of having to choose App Engine, which scales easily but restricts what users can do, or Compute Engine, which has virtually no restrictions, but is harder to manage, they can now use a new kind of virtual machine that can be part of an App Engine app by just changing a few lines of code. They get the full flexibility of running their code on a virtual machine, but App Engine still manages them and takes care of scaling and other issues. 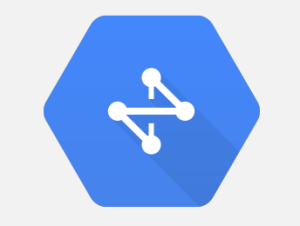 Google also announced Cloud DNS today, a competitor to Amazon’s Route 53. Google says Cloud DNS offers authoritative DNS as a service and will make it easier for Google Cloud users to manage their DNS from the same console they already use for managing their network infrastructure.

Google is also making a stronger push into the enterprise with support for Windows Server 2008 R2 on Compute Engine in limited preview. It’s also adding Red Hat Enterprise Linux and SUSE Linux Enterprise Server to its lineup. The last two are now available for everyone.

For these kinds of enterprise users — or startups that handle a lot of data — Google is also launching BigQuery streaming today. The platform can now ingest up to 100,000 rows of data per second and make this information available for near-real time analysis. Despite its own size, Google didn’t offer this capability before even as Amazon was making an aggressive push into real-time big data services.

If anybody worried whether Google is committed to its cloud services, today’s slew of updates clearly shows that the company is in this for the long term. In many ways, it’s still playing catch-up to Amazon, which has a few years in the lead. At the same time, though, the fact that Google is a bit late means it isn’t locked into existing business models, and thanks to the massive size of its operations, it can pass on savings to its users that smaller players simply can’t compete with. Most importantly, though, this renewed competition from Google will push Amazon, Rackspace and every other player in this space to innovate even faster.

It’s probably no surprise Google scheduled today’s event a day ahead of Amazon’s own AWS Summit in San Francisco. Amazon surely has its own surprises planned for tomorrow but by making its own announcements today, Google may just make Amazon look like it’s following its lead.