Parents looking to plan their children’s extracurricular activities, find summer camps or day programs are these days faced with a fairly time-consuming task, and one which involves more than a bit of internet research, and even phoning around town. That’s because there’s no centralized resource for discovery these sorts of programs. A startup called Camperoo wants to change that by aggregating things like summer camps, karate camps, science and technology camps, cooking classes and more, all under one roof.

The company was launched last spring by Emmie Chang, who, though not a parent herself, had first-hand experience in the space, having previously started and run a technology camp for kids. (That program continues today, though Chang stepped down from her day-to-day involvement there several years ago.)

But while running her own camp, Chang would often encounter the problem Camperoo is trying to solve. That is, parents would ask her, “how come I didn’t hear about you until now?”

Later, when researching online ticketing software, Chang realized that parents would be better served by having access to an online camp registration system that worked more like modern-day e-commerce sites, where everything involving the camp, from registration to payments and more, all took place on the same platform. 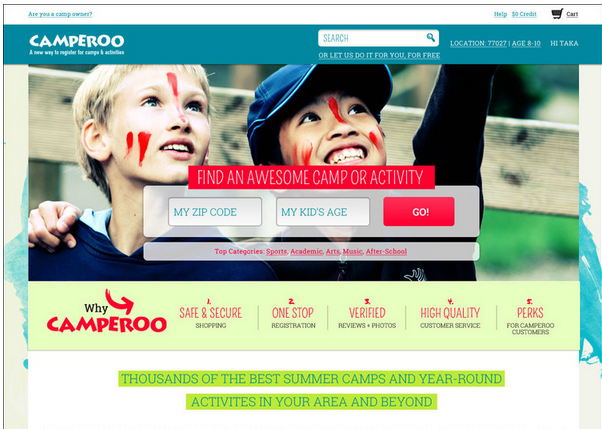 Camperoo today provides this for its partners – the large and small organizations which run summer camps, day programs and other kid-friendly activities, including birthday parties. The service offers tools for managing reservations, payment processing, email notifications, a check-in/check-out system, and can host the files that have been typically handled as paper handouts – like medical release forms, enrollment reports, and rosters. In addition, parents can review their children’s camps on the site, helping others like them to also find the best activities in their area. 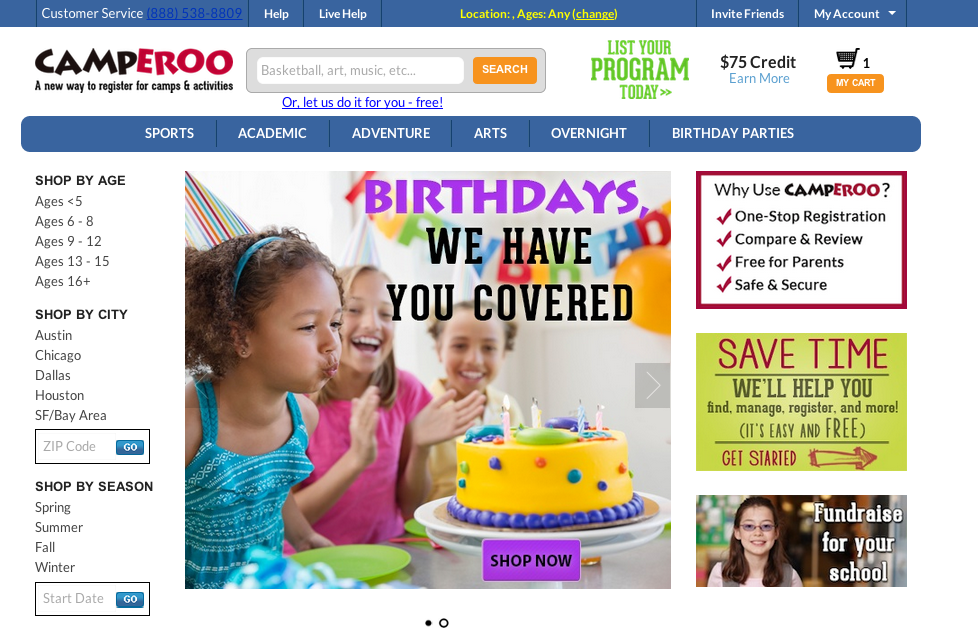 Since launch, the service has grown to house 3,450 camps, classes and birthday party product offerings, which equates to 23,246 sessions and classes available. The service currently has camps across 34 states, but the highest density is in major metro areas including San Francisco, Chicago, Houston, Austin, and Dallas. The majority (80%) of the camps offered on the site now are smaller programs and offerings, though that’s starting to change as Camperoo has begun booking bigger name brands, including franchisees of organizations like School of Rock, some YMCA’s and even museums, like the Fine Arts Museum in Houston – the city where Camperoo was first founded.

To be clear, the company doesn’t just aggregate camp listings from other sources, but instead has providers sign up directly to be listed on the Camperoo site. For the camp providers, Camperoo is actually free to use, but if Cameperoo makes a sale on their behalf via its online registration software, they’ll take a 10%-20% commission.

Now participating in Y Combinator, Chang is running the company from Palo Alto, while the majority of the startup’s team remains in Houston.