Webflow, the Y Combinator-backed startup aimed at making it easier for creative professionals to visually design and host their own responsive websites, has raised $1.5 million in seed funding. The round, which comes at a time when the company has grown its user base from 10,000 last summer to now nearly 100,000, includes participation from Khosla Ventures, Draper Assoicates, various angels, and, of course, Y Combinator.

The Mountain View-based company was founded by brothers Vlad and Sergie Magdalin, formerly of Intuit, along with CTO Bryant Chou. It was something Vlad had been thinking about for years, before finally executing – he even used the name “webflow” to describe the idea in his senior thesis on the subject.

Initially, the co-founders had market tested a service that required designers to learn a new templating language, (which they didn’t like), before making the shift to the current product, which doesn’t require its users to know how to code.

Today, Webflow lets designers build responsive websites using a drag-and-drop website builder with an intuitive interface in order to customize their site with common web elements, like sliders, maps, buttons, divs, videos, social widgets, and more. On the backend, Webflow generates W3C-compliant HTML5 and CSS3 code. There aren’t many competitors for a service like this, beyond to some extent, Bootstrap, Foundation or Adobe’s Edge Reflow – but those require more a more advanced skill set to use. 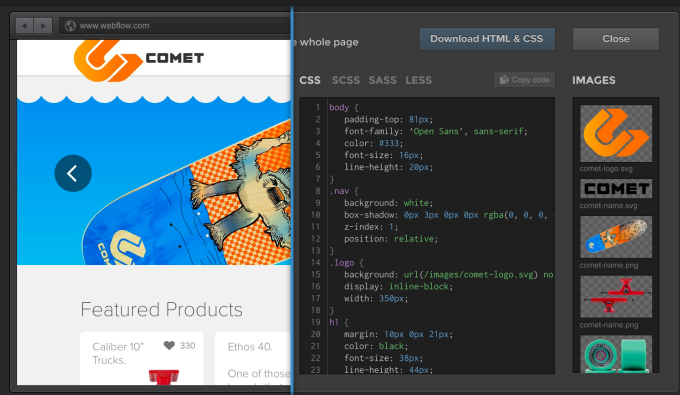 Since the company’s launch last summer, the service has grown its user base around 30% month-over-month, reports Vlad. Revenue has also climbed, and is 10 times higher per month than at launch. And, as noted above, Webflow is approaching 100,000 users, many of whom are now paying for its product.

Though the company still offers a free plan for personal use, its paid plans offer more features, and range from $14/month to $70/month depending on how many websites are being designed, how many pages they have, the number of backups you need, and more.

Vlad also notes that, though in the beginning Weblow worked well for freelancers, the company has made good progress in getting agencies on board, too. Currently, over 50 agencies use the service – something that was made possible by the upgraded features, plus support for multiple pages and multiple user accounts.

“The organization leader can invite other team members who could share both pre-built sites and templates across the team, which was a huge productivity boost for agencies,” Vlad explains. Plus, Webflow is now around 50 times faster than it was at launch, he notes. “Back in August, if you had a big site, when you started you would literally have to go and grab a coffee…and you’d come back and your Webflow site would still be loading. Today, it’s instant, no matter the size of the site,” says Vlad.

With the additional funding, the company is growing its team, and focusing on product. (The company would be profitable except it just hired two more employees, preferring to invest in growing the business for now). Now a team of six total, the company is working on other features, including a new editor that would allow the business owner to make simple changes (new text, swapping photos, e.g.) to the site on their own, without having to get their creative team involved. 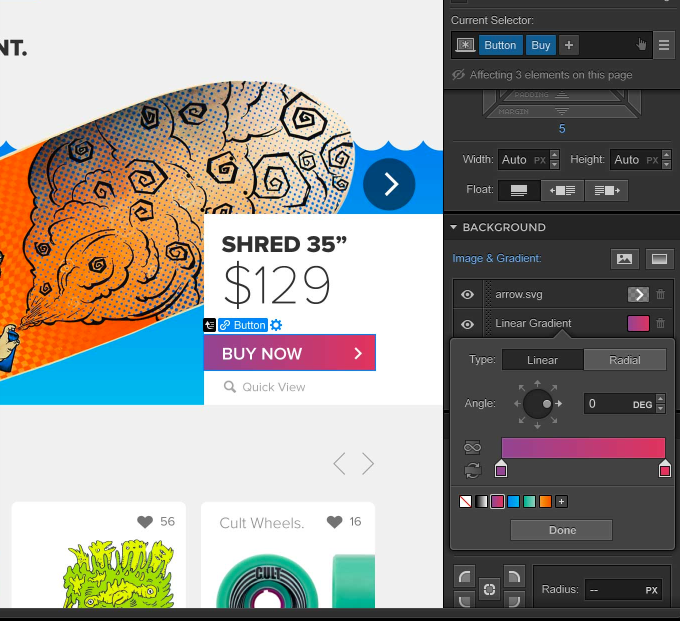 Also in the works is support for dynamic sites, like shops or blogs. To date, Webflow has been very much focused on static websites, but support for blogging has been in demand, says Vlad.

“WordPress and other CMS’s don’t currently let you work with truly dynamic data…they let you work with posts,” he says. “So if you run a custom business, or want to build something like a store, you’re really trying to cram your dynamic content into a blogging platform. We’re hoping to build a platform that lets designers and developers create any sort of content.”

The company will announce more on this front this summer, with a launch planned for the fall.