OK. Let’s take a step back from all the recent tech news, look at it with fresh eyes — and try not to burst into slightly hysterical laughter.

Here in Silicon Valley, mighty Apple just revealed that a flagrant, basic programming error gutted the security of all its devices for years. Google, “more wood behind fewer arrows” Google, now has its own navy, to go with its air force and robot army. Meanwhile, down Sand Hill Road, venture capitalists are gravely concerned that the tech startups they’re investing in just aren’t crazy enough: 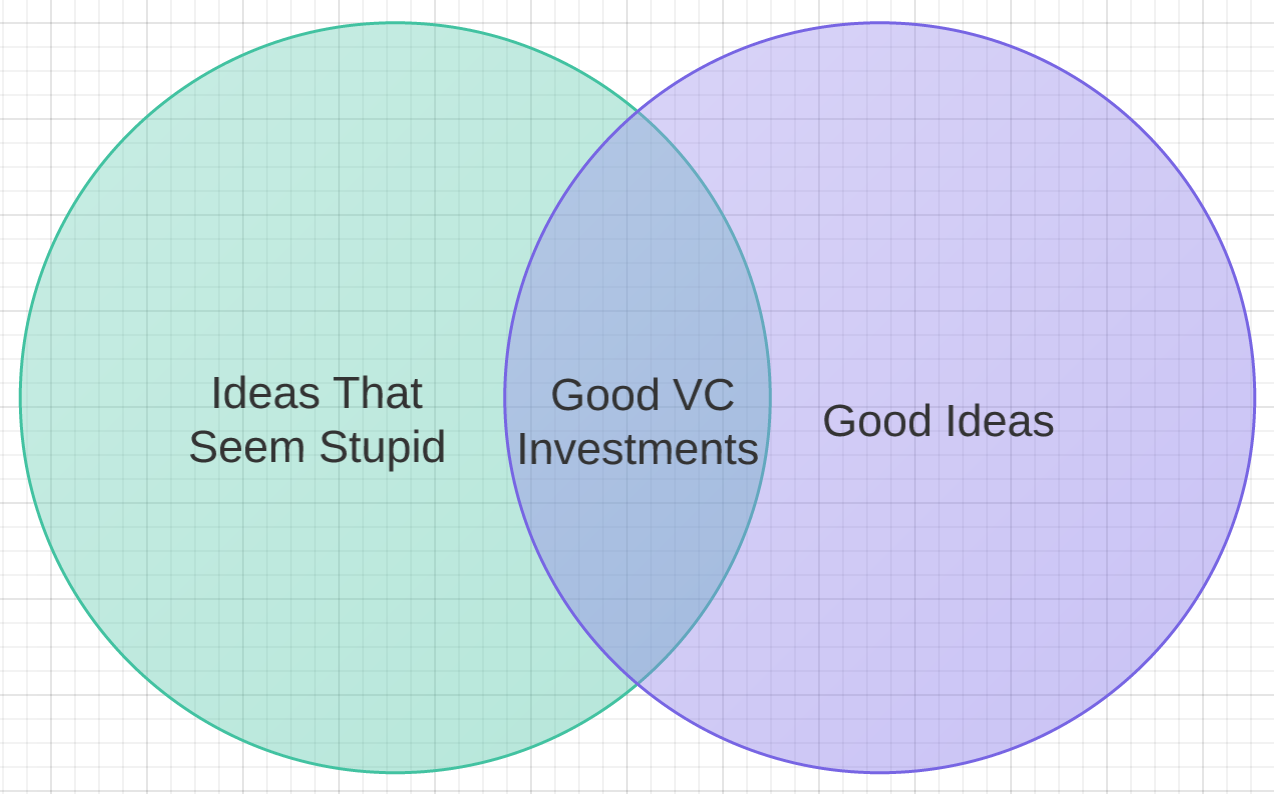 Wait, it gets weirder. The Jamaican Olympic bobsled team was partly funded by $30,000 worth of dogecoin. TechCrunch’s Kim-Mai Cutler is crowdfunding an investigative journalism venture to Vietnam to find out why the viral breakout hit “Flappy Bird” was pulled from the App Store; the venture is already oversubscribed. Oh yeah. And then there’s Shingy.

I’m visiting my parents in Florida later this month, and am kind of dreading any discussions of the tech industry. I fear it might go a bit like this:

The notion that Mt.Gox lost hundreds of thousands of bitcoins over a period of years without noticing is completely implausible verging on insane — but still less insane than Mt.Gox’s one-time reign as Bitcoin Central in the first place. And let’s face it, Bitcoin itself is pretty absurdist, and I say that as a long-term believer in cryptocurrencies.

Mt. Gox should pivot to a business model where for $5 they explain what the hell happened to your money

In case it isn’t obvious, I think all this neo-high-tech-Dadaism is awesome. I mean, it’s not all good. Some of it is bad, if not outright evil. But it remains awesome. Take, for instance, the NSA’s darkly hilarious profusion of data-gathering programs. As Bruce Schneier puts it:

Schneier views this as deliberate obfuscation; I think it’s just a side effect of the fact that the evil NSA bureaucrats are still fundamentally bureaucrats, obsessed with subdividing everything into separate silos and processes (with a bizarre penchant for WTF names.) It’s as if Office Space‘s Milton made a Faustian deal with the devil —

Meanwhile, the Internet is fucked, and the streets of San Francisco are teeming with irredeemable douchebaggery:

"We have a mechanical bull. Game-changer. Innovate.”

I'm assuming that both this piece and the event described within are some kind of post-Situationist performance art: http://t.co/gLmOIbnrQo

But wait! Not all is lost. I give you this apparently entirely unironic slide from an analyst report from Morgan Stanley — Morgan Stanley! — 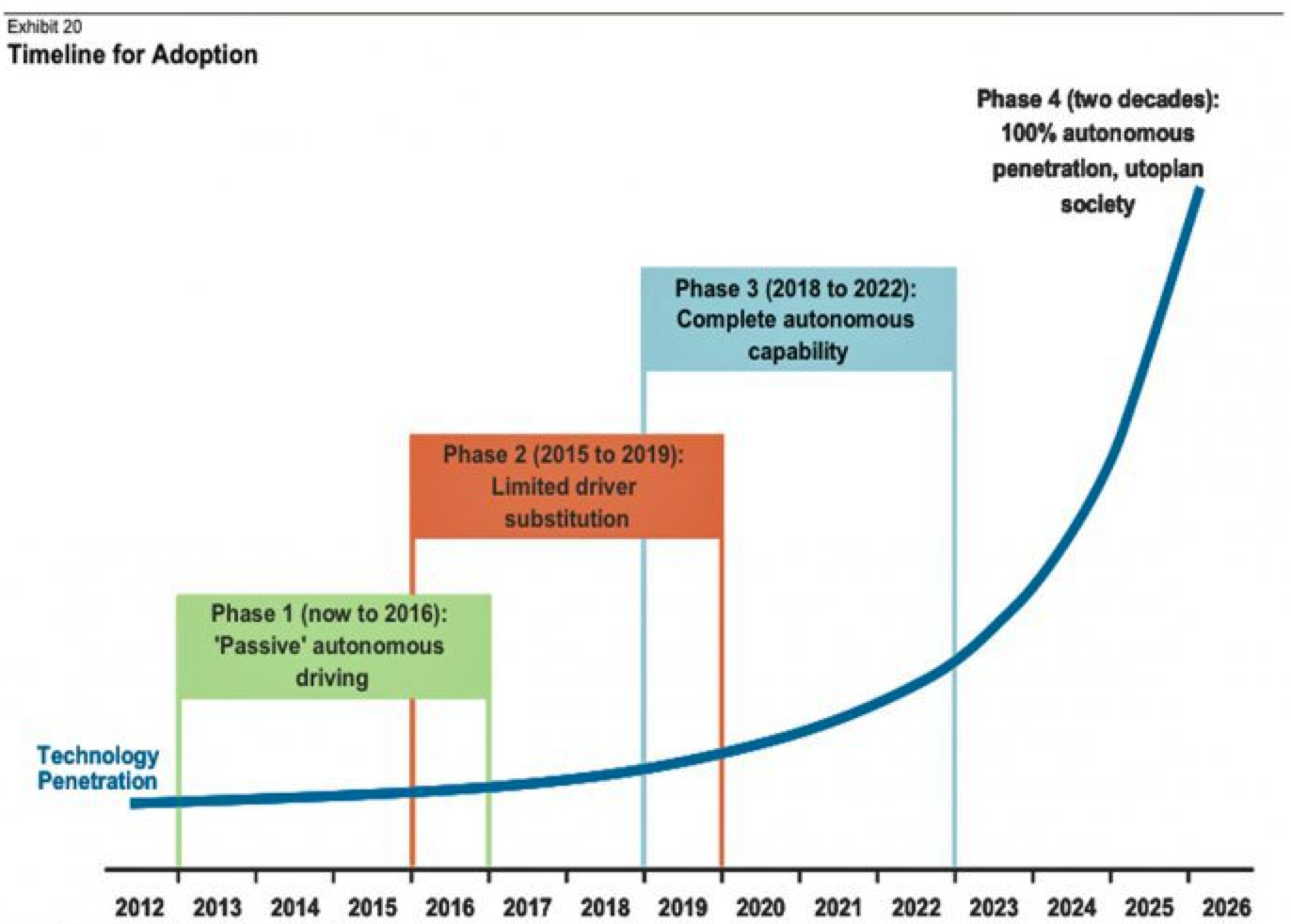 This is, of course, exactly what causes outsiders to cry “Bubble, bubble, toil and trouble!” as their eyes turn green with envy. “Hubris goeth before a crash!” they intone, secure in their certainty that 2015 will be exactly like 2000.

It’s more like what famed screenwriter William Goldman once said of Hollywood: “Nobody knows anything.” I’ve argued before that Silicon Valley is more like Hollywood than people realize — VCs as producers, founders as directors, most everyone desperate for blockbuster hits — and the Valley today is like the Hollywood that Goldman was talking about, the Hollywood of the 1970s, when nobody knew what might become a hit and so an anarchic wave of auteurs flooded the scene, Spielberg and Lucas and Coppola and Easy Rider and even, God help us, Zardoz, because producers were throwing money at everything, because nobody knew anything.

Let’s hope it stays that way. Because since then, Hollywood found formulas for success, and pretty much every tentpole movie follows them, and originality and auteur vision is mostly relegated to the indie circuit if and where it exists at all. I fear that the same may someday happen to the tech world; that now that the eyes of the entire world are upon us, the Bay Area has become the center of the universe, and hedge funds start dipping their feet into tech investing, the industry will find itself “growing up” and becoming staid and respectable, lionizing people in their 50s and 60s who have paid their dues rather than twentysomething CEOs with zero fucks to give and $19 billion — $345 million per employee! — to spend when they feel like it.

But while I may fear that outcome, it’s not actually what I expect. Au contraire. I think that instead of the tech industry being co-opted by bureaucrats, and politicans, and I-bankers, and other Serious People … it will co-opt them, and skew the whole world into its giddy circus of nonstop fast-forward ever-accelerating crazy unpredictable ridiculousness, and its surprisingly subversive results. I have a smug little suspicion that every would-be king and kingmaker who tries to take a bite out of the tech industry will instead find themselves unexpectedly devoured by us. Again, this is not always necessarily a good thing. But if nothing else, it promises to be awfully entertaining.