Israeli company Talo Games has been asked by Miley Cyrus’s legal team to remove “Flying Cyrus – Wrecking Ball,” currently the fifth most popular free iPhone application in the U.S., from the iTunes App Store, we’ve learned. According to Cyrus’s lawyers, “Flying Cyrus” infringes on their client’s rights, and represents an “unauthorized use” of Cyrus’s name and trademarks.

The game, for those unfamiliar, is one of the many popular “Flappy Bird” clones that have filled the App Store’s top charts after the original was pulled by its creator, who claimed he couldn’t handle the attention of having a viral hit. Variations of that addicting, but frustrating simple game have since skyrocketed to success, as users went in search of alternatives.

In Talo Games’ particular clone, the “Flappy Bird” in question was replaced by a blond girl’s floating head, which bounces in between wrecking balls, instead of the green pipes the little bird had once tried to avoid. 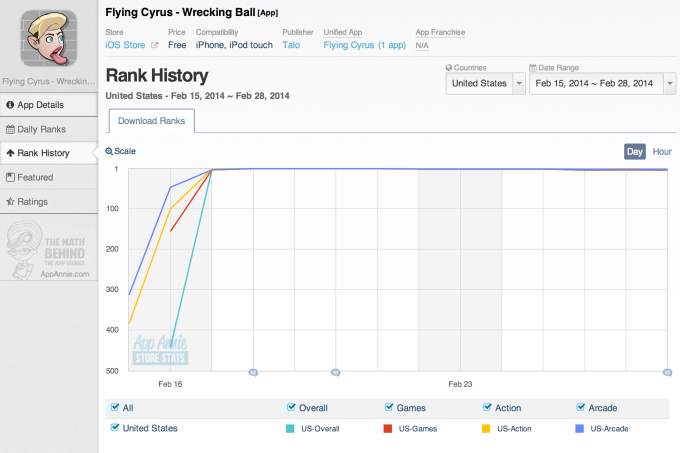 Dahabani and his lawyer have confirmed to TechCrunch that they received complaints from Cyrus’s lawyers, and are currently trying to resolve the conflict.

A representative for Miley Cyrus replied “no comment” when reached about this matter.

Players of “Flying Cyrus” may have noticed it’s been updated in recent days – it no longer has the same artwork and icon as before. Now the girl looks a bit more generic, it seems. 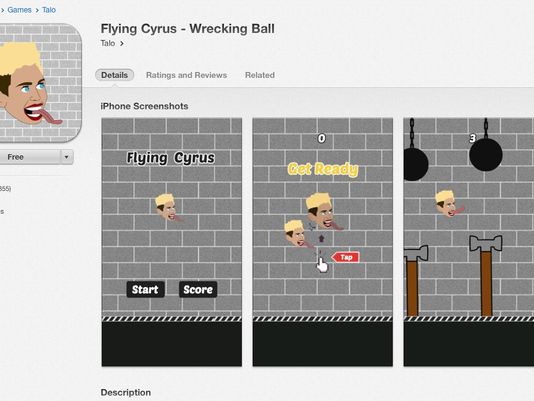 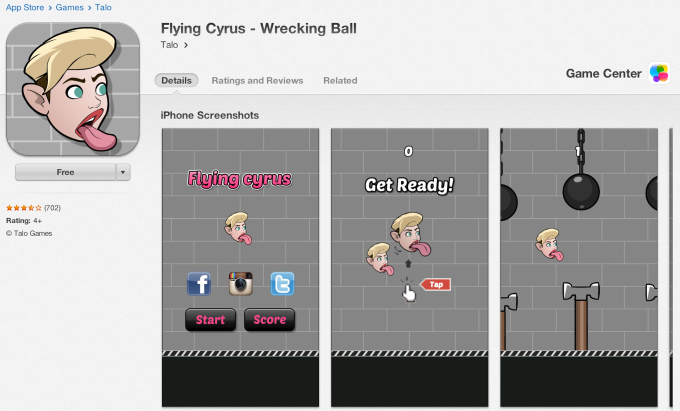 Erez Mizrachi, whose firm Furth, Wilensky, Mizrachi, Knaani represents Talo Games and several other startups based in Israel, clarifies that Cyrus and team are not “suing” Talo Games at this time, but have rather requested that the company stop infringing on Cyrus’s rights by removing the game from iTunes.

“We truly hope that we will not get to any lawsuit, and believe that there is no reason to get there,” Mizrachi states.

Talo Games has denied all claims against it so far, and is in the process of explaining to Cyrus’s legal team that the application was “always intended to constitute a parody,” and is “one of many other similar parodies” appearing elsewhere for public consumption, including on YouTube and in the App Store.

“My client believes that achieving the right balance between freedom of expression (i.e. parody) and respecting another’s IP rights is the real challenge, and he really believes that in the current situation this is exactly what he did,” Mizrachi adds.

Talo Games has a few other titles in the App Store, and recently teamed up with another game maker called Mooniz to distribute its applications, too. And while the “Flying Cyrus” game may be Talo’s biggest hit, the company is additionally known as the developer behind the free version of “Red Bouncing Ball Spikes,” which has also spent time in the top 10, and is now the No. 20 most popular free app on iTunes in the U.S.

That’s another interesting story, as it turns out, since a paid version of that game, based on the same GameSalad template, reached the App Store’s Top Charts, as well. (The paid version came from a different developer known to be a scammer. Talo Games’ followed the paid release by introducing a free variation).

As for what will happen to “Flying Cyrus,” that’s still to be determined. It’s up to the lawyers to try to resolve the situation for now. But if the game were to disappear from iTunes, at least consumers have plenty of other “Flappy Bird”-like titles to choose from.