French company and 2014 Hardware Battlefield contestant Alima thinks people want to know what makes up the air they breathe, and they previously launched a successful Indiegogo campaign to prove that it is indeed something consumers want. Once known as AirBoxLab, the Paris startup ran an Indiegogo campaign in 2013 to fund its cylindrical home air quality monitor, which measures and reports on the volume of carbon dioxide, carbon monoxide and volatile organic compounds (VOC) in the air where you live.

Now rebadged as Alima, the startup is looking to move from its initial small production run to a much broader wide consumer launch. The Alima will refine the design of its hardware somewhat, but the eye-catching cylindrical tower perforated with holes designed functionally to collect air samples and aesthetically to look clean and fresh will remain the same.

Alima is designed to be a whole-home solution, with a single unit covering a house. Alima co-founder Jacques Touillon explained that it can provide accurate readings for a large, open-concept dwelling without the need to move it around, but also says that by flipping it upside down and right-side up again, you can prime it to measure another room, so that you can do spot checks even on broom closets, bathrooms or other enclosed spaces that might not be represented by a centrally placed unit.

Of course, Alima’s real value is in the data it collects, so presenting that information to users in a way that’s easy to understand is key. The Alima manages to do this with an app-based dashboard that lets you view readings from the sensor in easy-to-understand graphs and charts, complete with warnings and notices that prompt you to act if things are going wrong. It could suggest you open a window, or prescribe more drastic solutions like installing a professional air filter into your home’s air circulation system. 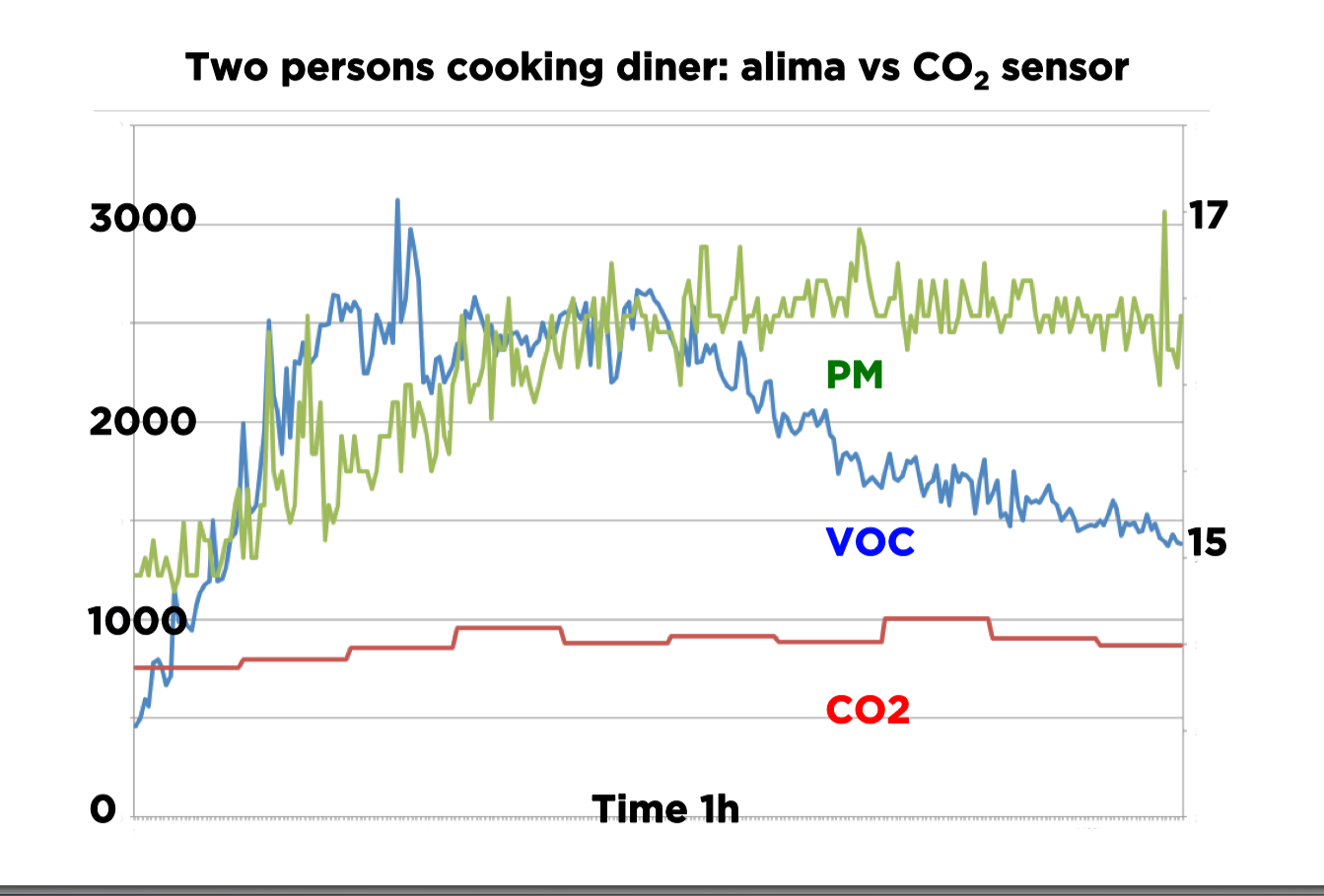 Touillon notes that the Alima is different from other air quality sensors because there will be an emphasis on developing predictive algorithms. The idea is that you can tell in advance when you’re going to experience hazardous air levels, and provide you with steps to prevent that from even happening at all. Also, it’s designed to be a way for everyone to work together collaboratively to improve their air quality experience.

The Alima is launching on Indiegogo to drive that community interest. Pricing during the campaign for backers will be $199, and then going up to $249 for a single unit, and the retail price after that will be $299, Touillon says. Turning inside air into the next frontier for quantified self-measurement seems a likely area for potential growth, it’s just a question of whether Alima’s take is the right one.