LG played up its push into wearable tech earlier this morning, and now it looks like Sony’s turn to do the same. Sony Mobile president and CEO Kuni Suzuki took the stage at the tail end of Sony’s CES press conference to show off what he called “the tiniest gadget Sony has ever made” — the life-tracking Sony Core.

Yes, life-tracking. A considerable chunk of the wearable gizmos currently floating around on the market are centered solely on tracking user activity in a bid to make them more health-conscious. That’s nothing if not a noble goal (not to mention an awfully lucrative one) but Sony’s approach is meant to also fold into your social and entertainment into the mix as well. The Core is indeed capable of tracking your motion in addition how long you sleep, and the ability to keep tabs on the photos you’ve taken, the music you’re listening to, and how often you interact with particular friends. All of that data gets folded into a (presumably non-final) grid-centric app view for easy perusal, though at this point it’s not clear if Sony means to make that companion app available solely for its own devices.

And how does the Core connect to your phone? Bluetooth, naturally. It seems that the Core will occasionally send sensor data updates to the phone at which point it gets mashed together with all that social and entertainment information to complete Sony’s complete lifelogging package. In the event that the connection between the two is lost, the Core will continue to record that data and it’ll vibrate on your wrist as long as you’re within a certain range. 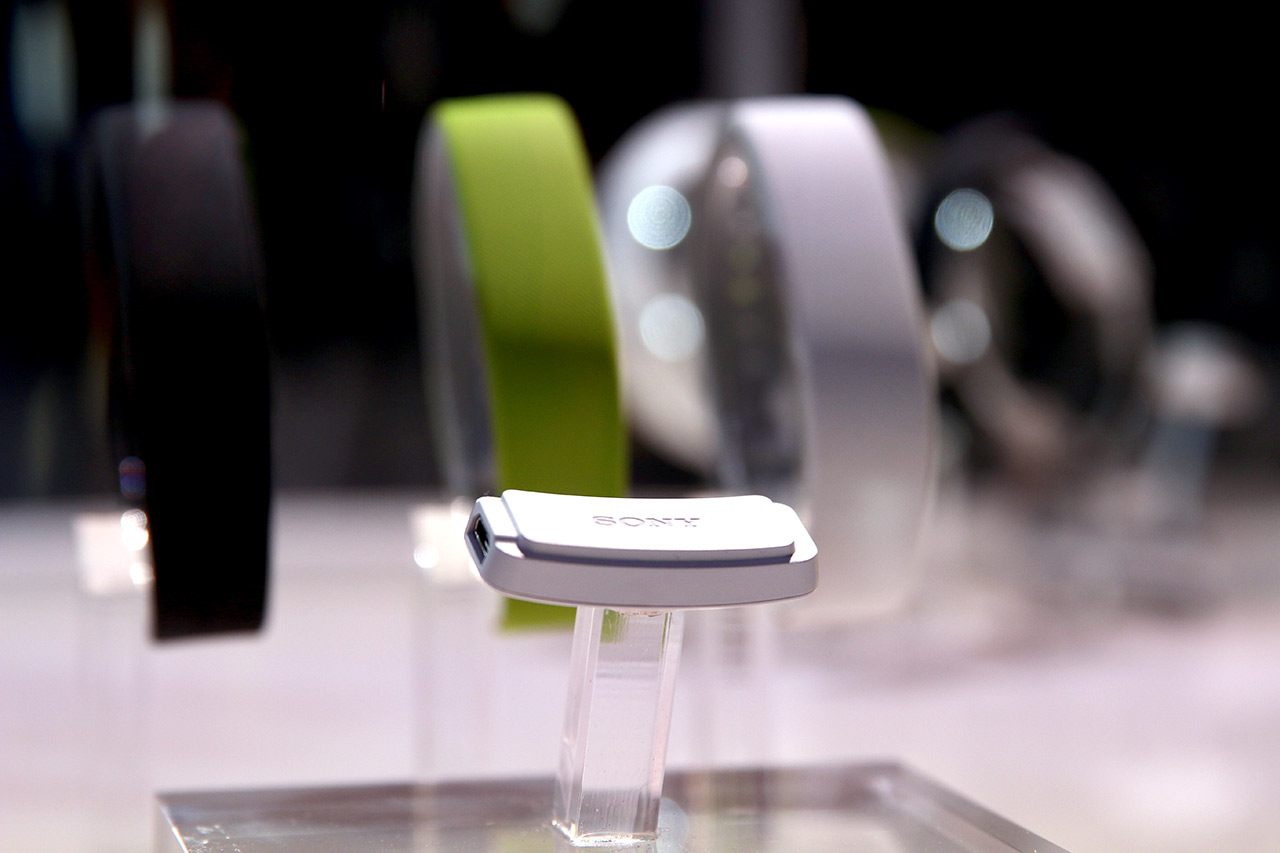 If this all sounds a little vague, know that it’s by design. Suzuki himself admitted that the Core’s time on stage today was little more than a teaser designed to whet wearable nerds’ appetites. And, as if he couldn’t resist the urge to paint a picture of an ambitious wearable future, Suzuki noted that Sony was engaging in talks with other hardware manufacturers so Core adopters will have a sizable array of accessories (like Sony’s own color wristbands) to pair with their tiny trackers.

You’ll have to forgive me for being just a little skeptical, as Sony hasn’t exactly had the best track record with its recent wearable forays. Its original SmartWatch was either ahead of its time or fundamentally flawed depending on who you ask, and the jury is still out on whether or not that device’s successor will have any real staying power in a market that will soon be flooded with wrist-mounted displays. The Core is perhaps one of the more thoughtful takes on wearable tracker formula I’ve seen in recent months, but we’ll soon see if Sony’s clout and resources will be enough to convince the masses of Core’s value.