Runnable, the “YouTube of Code” which launched exactly three months ago, today announced support for a number of new languages, as well as extended support for companies and open source projects that want to highlight their SDKs and APIs on the site.

The service, which allows developers to quickly find and try code snippets with the help of an online code editor, decided to add C/C++ and Java support to its service because they remain among the most popular languages and are often taught in school. The most popular languages on the site, its co-founder and CEO Yash Kumar told me last week, are Node.js, Python and PHP.

Runnable, which also recently raised $2 million in seed funding, started out with about 1,000 scripts in its directory and now hosts about 4,000. About 150,000 people are now checking out the service every month and the team believes it will run about 10 million snippets this year if its growth predictions pan out. 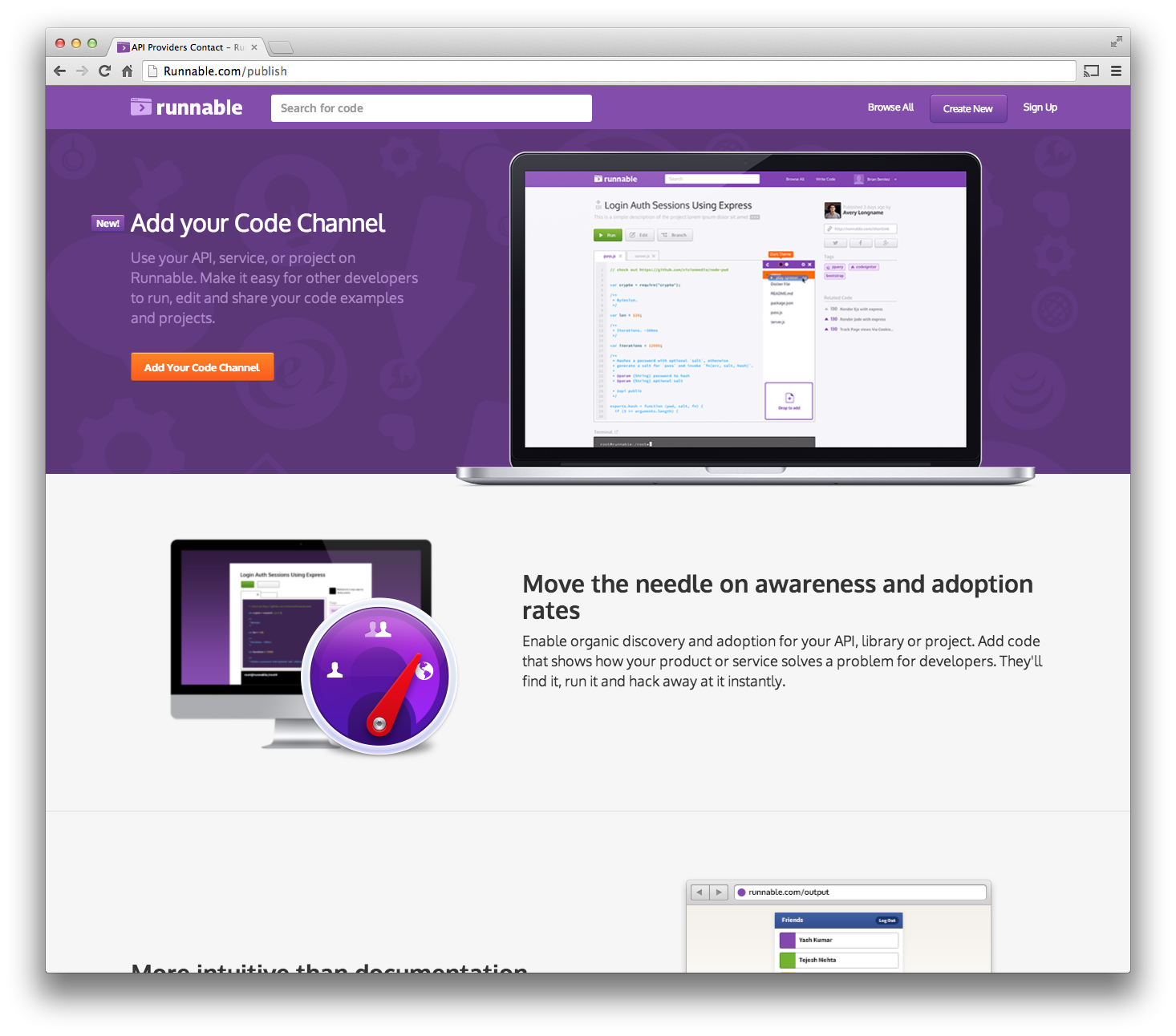 While the new languages are an important part of its strategy, the company’s most important announcement today may actually be the launch of its so-called “Code Channels.” Currently, Runnable’s eight-person team is individually vetting all the code that goes up on the site. That’s obviously not a very scalable model. These new Channels, however, will allow companies to easily upload and share their SDKs, APIs and frameworks with the Runnable community. This, Kumar told me, will make it easier for companies to use the service to showcase their services for developers. He did stress, however, that this isn’t meant as competition for GitHub and similar services. Instead, it’s meant to be an easy way for developers to test out new frameworks on Runnable’s EC2-powered infrastructure.

One interesting aspect of this service is that Runnable will give a comprehensive set of analytics to its partners that will give them insights into how developers are using their services.