Why pay E*Trade or Scottrade $7 to trade a stock when you could do it for free? That premise helped mobile investment app startup Robinhood raise the $3 million seed round led by Index Ventures it announced today. With the zero-commission trading it will launch next month, Robinhood is out to prove that young people do care about trading stocks — it’s just been too expensive for them to invest small sums.

Wait. Is zero-commission trading even possible? Yes. It doesn’t actually cost a brokerage much money to place a trade. In fact, Robinhood’s found ways to earn money doing it. But decades-old financial companies have been charging their users $7 to $10 a trade to pay for their brick-and-mortar retail locations, army of employees, and big profit margins. Robinhood plans to replace all that with a mobile app and a lean engineering team. While it might not get rich quick, it wants to be the Amazon of stock trading by building a huge audience and making just a little off each user.

Robinhood first launched in April as an iOS app for tracking stocks and sharing predictions of whether they’d rise or fall. It also let users the track record of other people’s predictions and follow those who reliably make the right calls. The crowdsourced stock advice gives users more confidence in their own trading decisions.

At the time, the Robinhood app was designed to fill a major hole on mobile, where there was no decent native equivalent of Yahoo Finance or Google Finance’s popular websites. Yahoo has since updated its mobile apps, boxing out Robinhood. The startup ended up pulling its app from the store to redesign it around something big.

In October after eight months of waiting, Robinhood was approved by finance regulatory agency FINRA to become a broker-dealer. That meant it could add the most important feature missing in its app: the ability to actually buy and sell stocks. It could soon become the first unlimited zero-commission stock brokerage in the world.

Robinhood will launch free stock trading early next year but you can sign up now to be in the first wave of users granted access. In a Mailbox-esque scheme, tweeting about Robinhood will bump up your place in line. There’s clearly big demand for free trading, as Robinhood’s sign up page leaked to Reddit and hit number 1 on HackerNews this weekend, bringing in over 10,000 signups in 24 hours.

Zero-commission trading could bring a new generation of young investors into the stock market. If you’re an old, rich person investing tens of thousands of dollars or more, a $7 fee is pocket change. But if you’re young, on a budget, and only buying $500 of stock, a $7 fee is a steep price to pay. “You’re losing the amount the stock market appreciates in a year in just commissions” Robinhood co-founder Vlad Tenev tells me. By eliminating the fee, it becomes financially viable for less wealthy people to get into trading.

To scale up the zero-commission trading feature, Robinhood needs to hire engineers and designers, so it’s added to its initial funding from Google Ventures. Today it revealed it’s raised $3 million led by Index Ventures, and joined by Andreessen Horowitz, Rothenberg Ventures, and angels like Tim Draper, Howard Lindzon, and more from the finance sector. Robinhood co-founder Baiju Bhatt tells me the startup went with Index because “they were super pasionate about what we were doing. It’s important to share the same enthusiasm for the vision and product.”

These big name investors weren’t just funding the idea, but the Robinhood team. Tenev and Bhatt were all-stars in their math undergrad programs at Stanford. Disclosure: I know that because I went to college as was friends with them. Tenev even dropped out of the world-renowned UCLA math PhD program to start building finance companies with Bhatt.

Since 2009, they founded Celeris, an algorithmic trading trading technology startup, and Chronos Research, which sold financial software to top investment banks. Along the way Tenev and Bhatt learned how to navigate financial regulation, discovered the massive opportunity in mobile stock trading, and learned how to build it. Robinhood’s trades are executed fast with reliable pricing because these guys had already run an entire business dedicated to low-latency trading. And its compliance team ensures users pay the real market price for stocks with no shady markup. 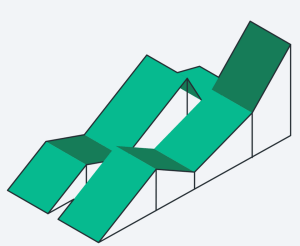 How will Robinhood make good on its investment if users trade for free? It has a few ideas. First is charging for API access. Once the startup has its trading system humming, it could let other apps build on top of it for a price. Next is charging users to trade on margin — spending money on credit because their own is still locked up in the three-day waiting period that follows a stock sell. Robinhood will also earn money from what’s called “payment for order flow”. Essentially, stock exchanges want lots of stock trading volume so people can always find a buyer or seller, so they’re willing to pay a little to get trades executed on their exchange versus another. And eventually, Robinhood could earn interest by holding custody of users’ assets.

Robinhood will have to battle the big marketing budgets E*Trade, Scottrade, and other big-name consumer brokerages. It will also compete with finance news apps like MarketWatch, Yahoo Finance, Bloomberg, and Morningstar, but these don’t actually let you buy and sell stocks. Robinhood will also have to stay lean and efficient as it grows so as not to befall the fate of Zecco, a service that offered free trading in 2006 but eventually started charging.

Code rules the world now, yet the finance sector has been somewhat protected by layers of regulation that discourage startups. Robinhood has jumped through the hoops, and they’re just the beginning of the shift. In ten years, people might think it’s crazy we used to pay to trade stocks when all it takes is a few taps.