Twitter is ready to roll out retargeted ads fueled by browser cookies, sources confirm. Twitter could make the announcement as soon as tomorrow, expanding retargeted ads beyond the “experimental” phase that started in July. The secret sauce of Twitter’s retargeting is the use of your account as a cross-device identity layer, allowing it to target ads on mobile based on where you’ve been on the web. Update: Confirmed, Twitter has now announced the program.

[Update: Twitter has confirmed our scoop with the announcement of Tailored Audiences – its name for retargeted ads. Available globally to all advertisers via a slew of adtech startup partners, advertisers will be able to target recent visitors to their websites with retargeted Promoted Tweets and Promoted Accounts. While we nailed most of the details including the launch date and how Tailored Audiences work, rather than selling retargeted ads directly to advertisers as we expected Twitter to do in continuation of the retargeting alpha program, it will sell them through partners Adara, AdRoll, BlueKai, Chango, DataXu, Dstillery, Lotame, Quantcast, ValueClick, and [x+1].]

Cookie retargeted ads could make sure the ads you see on Twitter are for things you actually want. For example, if I visited the pricing webpage for a Financial Times subscription, it could later retarget me with this promoted tweet, which I’m likely to click as I was already considering buying a subscription.

At first, Twitter will likely continue working with advertisers directly as it did in the small retargeting alpha program this summer. But eventually it may recruit help from retargeting specialists called demand-side platforms that could sell its ads and handle a real-time bidding process. Adtech startups it might tap include TellApart, AdRoll, and Triggit. These are some of the partners Facebook worked with when launching its retargeted ad exchange, FBX, in June 2012.

Twitter’s users are on mobile. Seventy percent of its ad revenue already comes from the small screens, and it likely follows that a majority of engagement is on mobile, too. That means to really move the needle and boost revenues past the $169 million it made in Q3 2013, the new advertising product has to work on mobile.

And historically, retargeting hasn’t worked on mobile. That’s because phones and tablets don’t save a trail of breadcrumbs about what sites you’ve visited the way laptops and desktops do. 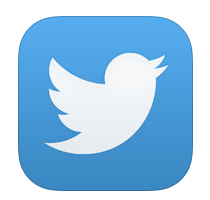 Typically, retargeting happens like this. You visit a website, say a travel booking site, and look at a page for buying a flight to Hawaii. You chicken out at the last minute, don’t buy, and navigate away, but the site has dropped a cookie for that Hawaii flight page on your browser. Then, when you visit other sites or social networks that run retargeted ads, they detect that cookie, and the travel site can show you an ad saying “It’s cold in SF. Wouldn’t a vacation to Hawaii be nice?” to try to get you to pull the trigger and buy the flight it knows you were already interested in.

But without cookies on mobile, you can’t retarget there…

…unless you can tie the identity of a mobile user to what they do on the computer. And Twitter can. It’s one of the few hugely popular services that individuals access from multiple types of devices.

Our sources say that creating this unified identity layer for advertising is the key to Twitter’s ability to display retargeted ads on mobile. Essentially, when you log into your account on your full-size computer, Twitter will analyze the cookies in your browser to see where you’ve been on the non-mobile web. Then, when you log in to that same account on mobile, it can still use your web cookies to hit you with retargeted ads.

As Zach Coelius, CEO of retargeted ads startup Triggit tells me, “Twitter is in a unique position because people log in on both the web and phone. That’s a really big deal because mobile phones don’t have the ability to set cookies so you can’t do retargeting. [Twitter’s method] gives it a huge advantage, enabling them to provide relevant targeted ads on mobile phones.”

Relevant ads lead to clicks that lead to revenue for Twitter. That “relevance” can also be perceived as “creepiness” to some privacy enthusiasts. When I talked to Gokul Rajaram last year when he was the head of Facebook ads, he said Facebook wanted to be sure it could handle the privacy of retargeting right before expanding the program to mobile or combining it with Facebook’s standard biographical targeting capabilities. Facebook only recently began allowing retargeted ads on mobile, and only through a “custom audiences” targeting program separate from FBX.

Lucky for Twitter, most of what people do on it is public, so it doesn’t spark the same privacy concerns as Facebook. Twitter also offers an opt-out of retargeting under Promoted Content on its Security And Privacy settings page. Plus it honors Do Not Track for users that enable it in their browsers. In fact, Twitter’s handling of advertising privacy has been praised by the EFF.

Retargeting is a major stepping stone in Twitter’s quest to become an advertising powerhouse and validate the $23.8 billion valuation proposed by its $43.69 share price. It acquired mobile ad network MoPub for $350 million in September. It’s also recently opened up keyword targeting so advertisers can reach people who’ve tweeted certain words.

Between keyword targeting and cookie retargeting, Twitter is breaking out of the demand generation and into the lucrative demand fulfillment part of the advertising funnel where Google’s search ad business lives. Advertisers are willing to pay top dollar if you can deliver them someone ready to buy their product. And there’s no better sign of someone’s intent to buy than having recently visited a site and almost made the purchase already. Cookies could be very tasty for Twitter.