“There this guy, ‘Slothdude’,” Christopher Poole mentions excitedly in a small conference room that used to be a bedroom. “And he just makes the most amazing stuff.” With a few taps, Poole has coaxed his iPhone into displaying an image of a dejected, bipedal sloth standing at a bus stop in the rain. It’s at once hilarious and sort of a bummer, and it’s just one of many sloth-centric tableaus the user has crafted in Poole’s daily drawing app, Drawquest.

It’s only been about nine months since Poole (better known around these parts as ‘moot’) and the rest of the Canvas team launched Drawquest, and today they pulled back the curtain on their third major update. For existing Drawquest iPad users, the changelog is considerable. There’s a completely revamped image editor, and users now have the power to zoom in and out of their works in progress, as well as issue their own “quests” — artistic challenges for other mobile artists to tackle and pass around.

But the Drawquest team has been enamored with the notion of building a supportive artistic community since those very early days, and that community stands to grow substantially now the app has finally found its way onto iPhones and iPod touches.

The community angle is nothing new to Poole, who famously founded 4chan — easily one of the most misunderstood locales on the web — back in 2003. We could spend all day arguing whether or not 4chan really deserves the reputation it’s gained over the years (I’d argue its detractors can be a little myopic) but that’s what makes Drawquest so interesting. It’s just so, well, different. 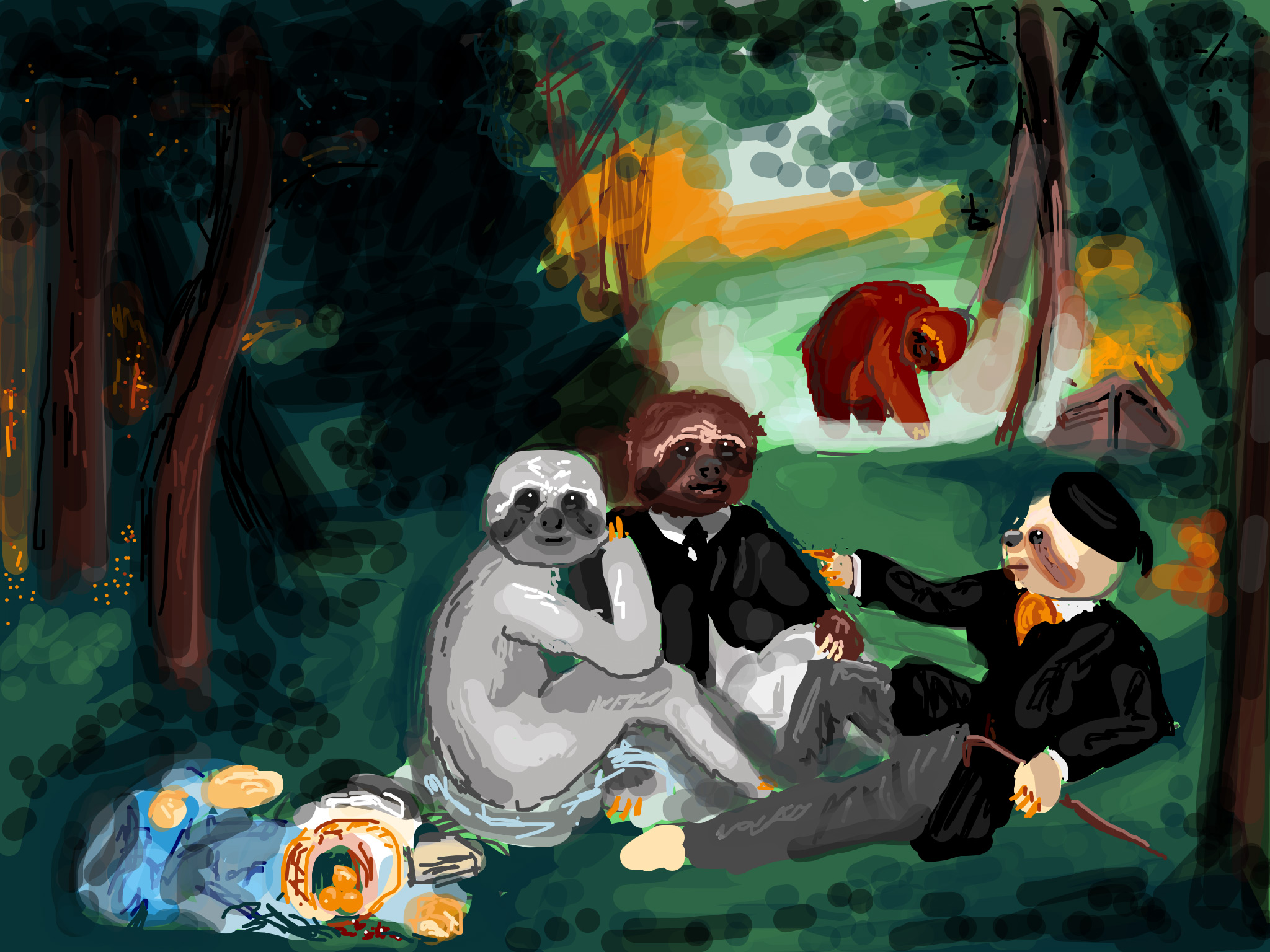 It’s much more supportive, for one. There’s a pretty clear disparity in quality between the artistic neophytes who download the app on a whim and the Slothdudes of the service, but there’s little value in pointed criticism. Everyone’s there to draw, why harsh on that? Of course, it doesn’t hurt that there aren’t many mechanisms through which to criticize either — users can see when others have given their drawings a star or watched a replay of the how the drawing came to be, and that’s about it. Honest-to-goodness commenting is an idea the team has bounced around, but for now they’re not ready to cross that bridge into text just yet.

“We’ve seen users take to Twitter to share their stuff and interact with their Drawquest friends,” Poole noted. But when asked if he thought there was value in bringing comments to Drawquest, his delivery of the word “probably” was tinged with a question mark. As far as he sees it, the resources just haven’t been there to implement textual comments, and he’d prefer to build a way for users to respond to others with drawings anyway.

The Drawquest userbase isn’t exactly huge either — Poole admitted the app only has about 10,000 daily active users, though that could all change now that it’s not limited to a specific product type. And after nine months the team is still trying to figure out a way to really crack the monetization problem without coming off as greedy or too focused on separating users from their cash. After all, they ascribe a decent chunk of the app’s popularity to their generosity. Unlike seemingly similar apps like Draw Something, Drawquest gives its users access to a fairly wide palette of colors and tools right from the get-go and additional doodads can be purchased with virtual coins accumulated by drawing on a regular basis. For now, it’s an economy that’s powered by a drive to create, and Poole says investors are fine with that.