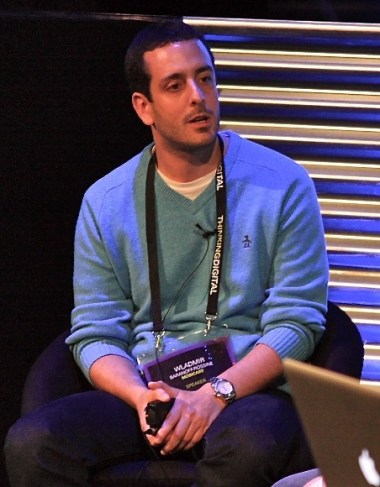 After what looked like a rather unsavoury boardroom struggle that saw Wladimir Baranoff-Rossine leave the UK startup he founded, the former MobiCart CEO has been recruited by m-commerce company (and MobiCart competitor) Shopgate as its new COO.

In news that seems somewhat related, we’ve also learned that Baranoff-Rossine has won his case for “constructive dismissal” after he challenged his former company, having publicly resigned under duress. As we reported at the time, his resignation was the result of an intense and long running board-level dispute over company strategy and the day-to-day operations of MobiCart — a dispute which in June finally took its toll on the company’s founder.

But all is well that ends well, I guess, and it’s certainly heartening to see Baranoff-Rossine land on his feet. In true entrepreneurial spirit, I also understand this is actually the serial entrepreneur and 35 year-old’s first regular job, having done his original startup straight out of University.

Not dissimilar to MobiCart’s own offering, Germany and Palo Alto-based Shopgate lets merchants build a mobile store-front using its platform, enabling them to be up and running with either a native app or browser-based m-commerce offering. Where it claims to best much of the competition is that it integrates with popular web-based e-commerce provider APIs, like Magento, which means that Shopgate is pretty much plug-and-play with most of the online store backends that retailers are already using.

Founded around three years ago, Shopgate is well-funded, too. In June it told TechCrunch it had raised $7 million in Series B funding led by Danish VC firm Northcap, and original backer Creathor Ventures out of Germany, bringing total funding to $9.4 million. In contrast, MobiCart is thought to have raised just under $1 million.

As Shopgate COO, Baranoff-Rossine will be based at its UK headquarters in Newcastle and will oversee global marketing and sales efforts. I’m also told the company learned of his availability after reading about his resignation from MobiCart on TechCrunch.

Just don’t call it a comeback.