Data from social media analytics companies Crimson Hexagon and Topsy give insight into the chatter during Twitter’s IPO using data gleaned from (what else?) tweets. Most of the accounts that produced the top tweets are expected (like Twitter’s official account and major news outlets such as CNN), but there were a few surprises.

(Both Crimson Hexagon and Topsy are Twitter partners, which means they can re-syndicate tweets or analyze their content in exchange for a fee without risking suspension.) 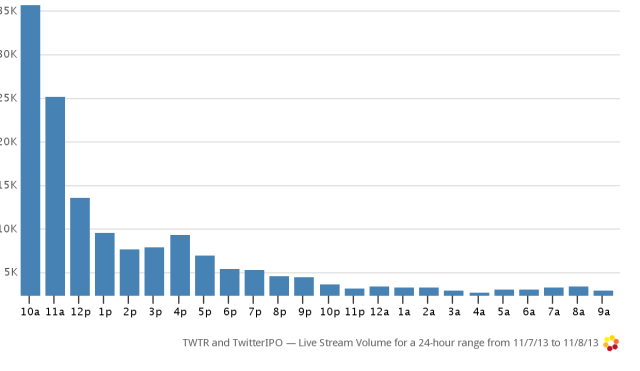 As shown in the circle graph below, among the most popular hashtags and topics were “DavidWeidnerTWTR.” Weidner, a columnist for MarketWatch, caused controversy yesterday with an article called “Your Twitter Investment Is Doomed.” 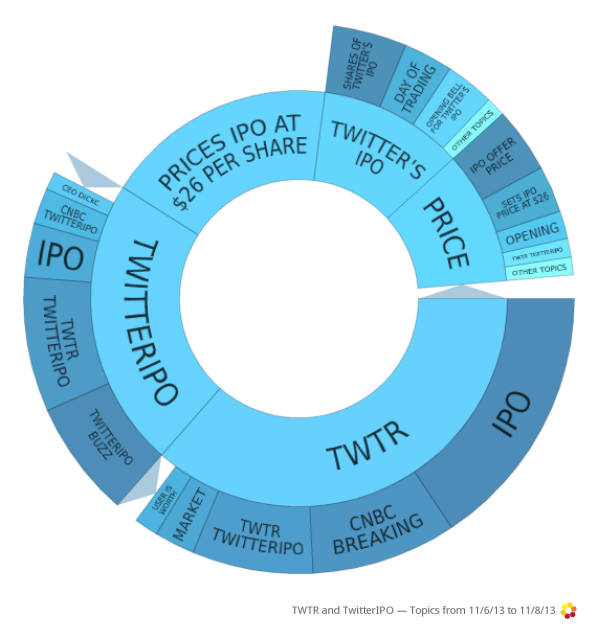 One of the top retweets was by Sermsin Samalapa, the director of Nation Multimedia Group in Bangkok, about TWTR’s IPO price and the company’s valuation. This is not surprising considering how popular social media is in Thailand, where about 27% of the population uses social media, according to ZocialInc. There are currently about 2 million Thai users on Twitter. 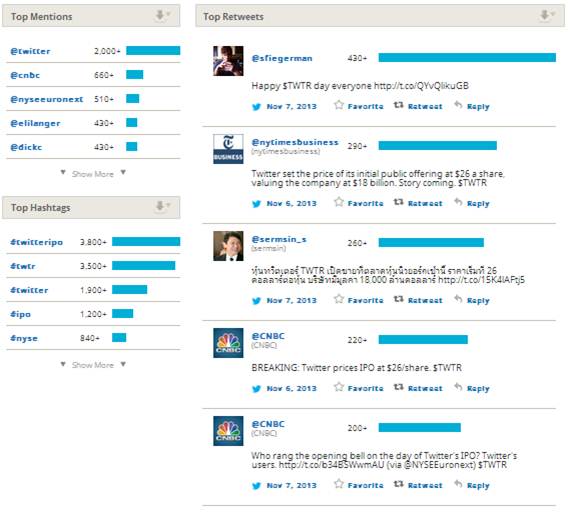 Topsy had somewhat different results for the most influential accounts during the first day of trading, thanks to its different methodology.

The company said the top tweet–which Topsy measures based on retweets, impressions and how quickly they are shared–was by NYSE Euronext, which operates the New York Stock Exchange.

One interesting inclusion on Topsy’s list of top tweets was Banana Republic’s Twitter account, thanks to a clever marketing ploy that gave people the chance to win a $100 gift card in return for saying why they are “thankful for Twitter.” 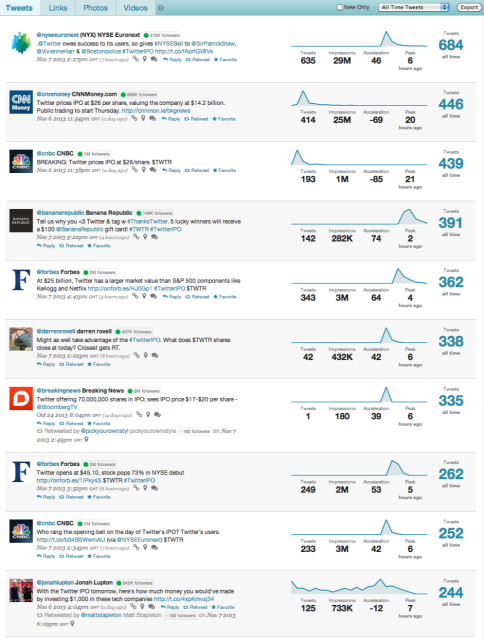 News accounts with the most influential tweets were CNNMoney, CNBC and Forbes. Breaking News, Forbes. The top people were ESPN sports business correspondent Darren Rovell, who asked his followers to guess what TWTR would close at on the first day of trading, and serial entrepreneur Jonah Lupton.

Though the above accounts produced the top individual tweets, there was relatively little overlap between that list and the accounts that Topsy scored as the top influencers on the day, as you can see in the graph below. 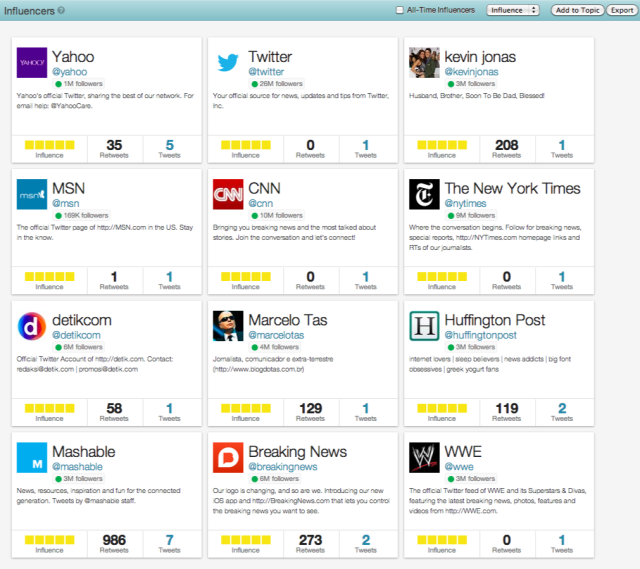