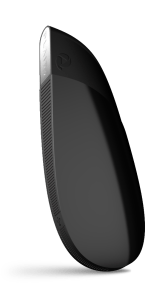 What do you do when your startup launches a product in a nascent category and then a behemoth like Google enters the space and validates it? And eats your lunch in the process? If you’re video-streaming startup PLAiR, you go back to the drawing board and start from scratch.

To review, PLAiR had built a dolphin fin-shaped streaming video dongle that plugged into a user’s TV and allowed him or her to stream video to it. The first iteration of PLAiR was priced at $99 and was designed to compete with streaming boxes like Apple TV, even providing an AirPlay-like ability to find content on your laptop, smartphone or tablet and send it to the big screen.

Then a funny thing happened: Google came out with Chromecast, a little dongle of its own that did roughly the same thing — but cost a third as much as PLAiR’s device. At just $35, Chromecast became one of the fastest-selling devices in a category that hadn’t really had a clear winner beforehand.

Perhaps more importantly, Chromecast has seen a ton of developer support — with a number of the biggest streaming video providers integrating support for Google’s device into their apps.

For PLAiR the writing was on the wall. The company had to come up with something radically new and competitive to Google’s product, and it had to do so quickly.

It didn’t hurt that PLAiR had a board meeting scheduled for the day after the Chromecast announcement, according to PLAiR CEO Saad Hussain. So the team came up with a plan to build the next iteration of its device — which would be cheaper and support more streaming music, game, and video apps. With the blessing of the board, it went back to work on making a device that fit the bill.

In addition to board support, PLAiR got a lot of help from changing economics in the supply chain. Based on its cost of materials for the first PLAiR, there was little it could do to lower the price. But according to Hussain, after Google’s Chromecast announcement, the cost of building similar devices changed almost overnight.

After rethinking the components it would use and the design of the hardware, the company also took a look at how it could add content more quickly. While the old PLAiR device required video to be streamed from the mobile device to the TV, the new device would have apps residing on the dongle itself.

And since PLAiR 2 is built to support Android TV and Amazon Appstore apps, it has a wide range of content that’s up and ready to go.

The end result is a device that looks similar to the old PLAiR, but costs half as much and has a much larger offering of content than the old device — and a lot more than what Chromecast currently offers. That’s because unlike Chromecast, which requires developers to add code to their apps to beam content to the TV, all PLAiR apps reside on the device itself.

PLAiR 2 supports Netflix, VUDU, HULU+, Spotify, Pandora, and games such as Angry Birds, as well as cable apps like the Comcast Xfinity App. Users simply bring up the app on the TV and control the experience from their mobile device or tablet just like a remote control.

While the device still costs about $15 more than the Chromecast, at $49, the hope is that the additional content and better user experience will hook more potential customers than its first go-round. For those who want to give it a try, the product is available for pre-order at Amazon.com, Newegg.com or PLAiR.com, and will ship by November 8.