Circle Internet Financial has launched with $9M of Series A funding to increase mainstream adoption of digital currencies like Bitcoin by providing a payment platform for consumers and merchants. Investors include Jim Breyer, Accel Partners and General Catalyst Partners.

Circle is a payment platform that wants to make it easy for businesses and consumers to use Bitcoin and other digital currencies. Despite its association with Deep Web black market Silk Road, as well as concerns over its stability, more consumers and companies are beginning to show interest in Bitcoins because they can facilitate online payments at lower costs and with greater security and privacy than existing electronic payment methods. One potential draw for merchants is avoiding the fees and risks of fraud and chargebacks associated with credit cards.

For consumers, Circle says it is building a secure platform that will protect consumer privacy. For businesses and charities, it will provide tools and services that enable them to accept digital currency payments with no transaction fees. 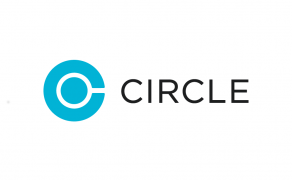 Circle’s Series A is one of the largest–if not the largest–amounts of funding secured so far by a digital currency startup. Other Bitcoin-based companies that have recently landed significant investment include Coinbase, which raised a $5 million Series A led by Union Square Ventures, and BitPay, which has received about $2.5 million to date from Founders Fund and various angel investors.

In order for companies like Circle to be successful, however, they will have to allay concerns about regulatory issues. As Shakil Khan, founder of Bitcoin news Web site CoinDesk, pointed out last week during a Disrupt Berlin panel, average customers want to see some kind of regulation before they adopt Bitcoin. On the other hand, there are potential opportunities for digital currency companies around the world. For example, China’s government is beginning to show interest in Bitcoins (and a division of Chinese Internet giant Baidu recently started accepting Bitcoin payments).

Circle is based in Boston, with international operations headquartered in Dublin, Ireland. The company is regulated by the Financial Crimes Enforcement Network (FinCEN), a bureau of the U.S. Department of Treasury, as a money transmitter and is seeking state licenses. John Beccia, the former chief regulatory counsel for the Financial Services Roundtable in Washington, D.C., will also serve as Circle’s general counsel and chief compliance officer.

Allaire also co-founded of Allaire Corporation, creators of Web development language ColdFusion. Allaire Corp. was acquired by Macromedia in 2001, where Allaire became CTO and helped oversee the creation of a Flash-based application platform.

“Bitcoin and digital currency represent a once-in-a-lifetime opportunity to shape the future of the Internet and global commerce,” said Alliare in a statement. “There’s a tremendous opportunity to make payments easier, more secure and less costly for consumers and businesses. Digital currency can dramatically reduce the friction and costs currently experienced in the world by merchants and consumers.”

Jim Breyer, Partner at Accel Partners, will join Circle’s board of directors, as well as David Orfao of General Catalyst Partners.

“The dramatic global growth in mobile, social and online commerce is creating the need and potential for a real global digital currency. With Jeremy’s vision for Circle and track record as an Internet pioneer, the opportunity here is to potentially build a significant global company,” said Breyer.