CBS found (and TechCrunch confirmed) that Healthcare.gov estimates that a 48-year-old North Carolina resident ineligible for government subsidies will pay $231/month for a “Silver” plan. But, the website for Blue Cross Blue Shield, the actual insurance provider, reveals a price tag of $360 (few cost estimates are pictured below. healthcare.gov’s cheapest prices are pictured in the top image. Blue Cross’s cheapest price is bottom picture). 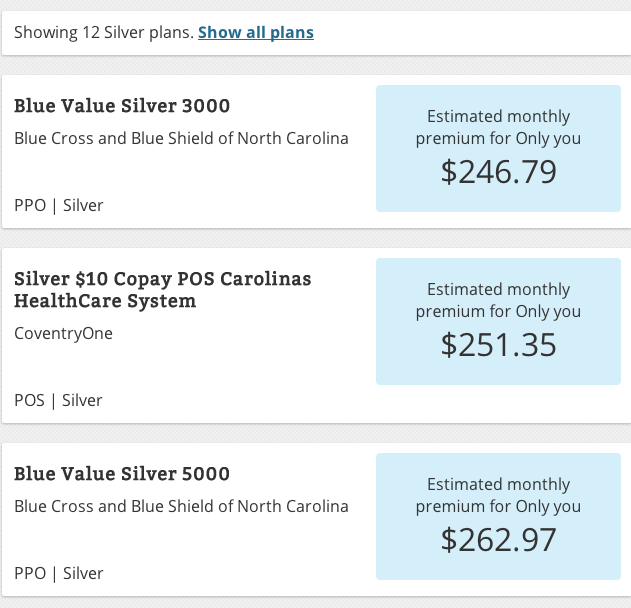 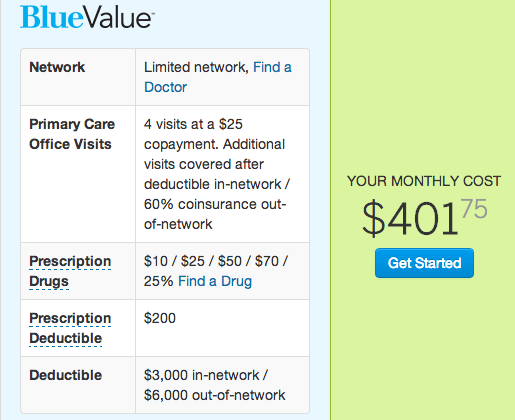 See, on Healthcare.gov’s new “Shop and Browse” feature, users are only asked whether they are under 49 years of age. Problem is, the calculator appears to be averaging in the cost of consumers who are also in their 20s, some of whom are eligible for steeper discounts. 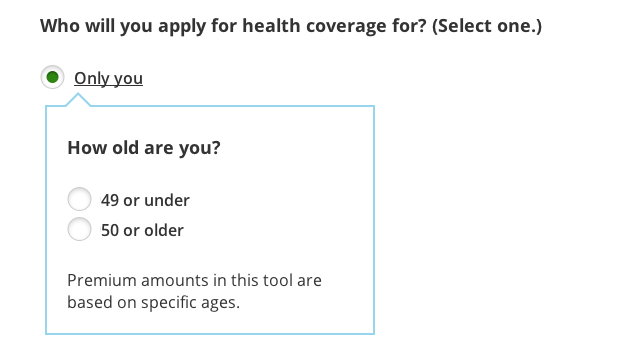 The shocking oversight gets even worse. While Healthcare.gov is exceedingly careful to note that the prices are just estimates, it only says that plans are likely to be cheaper.

Healthcare.gov and the state-run websites have been making headline news for ongoing issues with crashes and logins. President Obama chided the press for being impatient, saying that even Apple has glitchy rollouts. True, companies have troubled launches, but I’m pretty sure Apple never mislead users into thinking they could get an iPhone for $200, when it was actually $400.

We’ve noted before that the government’s calculator can be seriously misleading and is better done by tech startups offering sophisticated calculators which accounts for individuals’ unique needs. However, the Affordable Care Act lets states optionally partner with tech startups; California and New York have chosen to delay partnerships for roughly 2 years.

Another day, another government screw-up.