Menlo Park-based startup Mainframe2 came out of stealth at last week’s DEMO 2013 and unveiled its new cloud solution that lets you view graphical applications on any device.

Founded in 2012 by graphics industry veterans from MotionDSP and led by CEO Dr. Nikola Bozinovic, Mainframe2 promises to run any Windows-based application in the cloud. This includes applications like AutoCAD or Adobe Photoshop that, until now, required powerful workstations.

Users can simply sign in to Mainframe2 from any HTML5 capable browser and have instant access to their apps. No plugins, such as Java or Flash, are required. Applications are streamed directly from the cloud as video stream (encoded using technology provided by by NVIDIA, Intel, and AMD). It doesn’t yet work on Safari but they are working on more browser compatibility. 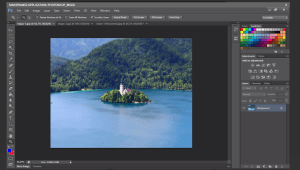 The company has raised half a million dollars in seed capital from Columbus Nova Technology Partners, Plug and Play Tech Center and several Valley-based angels.

Although the service can run any Windows based app, Bozinovic stated that the company will stay away from cloud gaming and focus on the lucrative professional application market instead by focusing on design, CAD, and HPC visualization. In other words, this isn’t another OnLive.

“The transition to a cloud-­hosted, pay­-as-­you-­go model has proven to be incredibly difficult for software developed over the last 30 years,” said Bozinovic. “Completely rewriting client software such as AutoCAD for the web has proven to be far too difficult, time consuming and expensive.”

Tthe company is in talks with some of the largest software vendors and enterprises, hoping to bring premium products to their new platform.

Although no numbers were disclosed, Mainframe2 reported “thousands of sign-ups” for their private beta in the last 5 days. The company is getting ready for the service rollout by the end of the year.