Because games are the overwhelmingly most actively used and lucrative category in the two major app stores, it’s no surprise that apps from other categories have tried to employ gaming mechanics to boost engagement.

Trailerpop is an app that’s trying to re-invigorate video advertising by turning movie trailer watching into a game. They have about 20,000 trailers and hundreds of thousands of trivia questions. They’re adding multiplayer player features that let gamers challenge each other to beat other’s trivia scores for different movies.

The new update comes after the original app had been out on the market for six months, that attracted about 200,000 users without any significant marketing spending. They’ve been featured by Google a few times and have some distribution partnership with handset makers.

While the company didn’t release averages, the startup said that top players watch more than two hours of trailers.

Video advertising has been a sweet spot for marketing on mobile platforms as companies like rumored IPO candidate Flurry, AdColony, Vungle and others have built video ad networks that developers and brands rely on for user acquisition.

But Trailerpop is obviously more entertainment and brand oriented that some of the gaming-specific video ad networks. 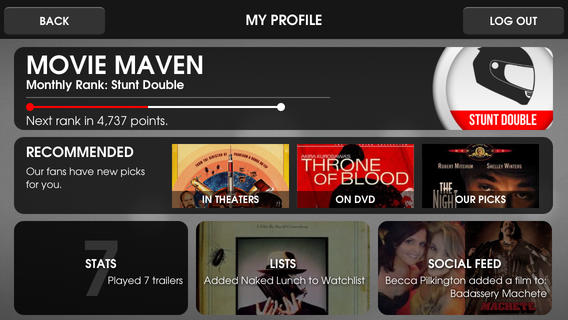 Jon Vlassopulos, who previously ran a mobile entertainment agency based in SF called Skyrockit, worked on shows like “Deal or No Deal,” and ran digital and branded entertainment at Endemol, said he wanted to build an app around trailers because it’s marketing content that people actually want to consume.

“Trailers are actually advertising that is entertaining,” he said. “So both entertainment companies and consumer product brands want to be associated with them.”

But he envisions taking the gameplay and expanding it to different kinds of content beyond movie ads.

“Movies are a great place to start, but we still believe we can grow and be a Vevo for all other types of content,” he said.

He said the trivia partially comes from databases with 25 different types of question formats. But they also have an editorial team that curates all of those questions, even writes some of them, and keeps content up to date.

The company has about four people in San Francisco and then a few other engineers in India.

They’ve been running native advertising in the app, and plan to do some other deals that will see other kinds of paid campaigns run in the next month. They also have partnerships with Fandango for ticket purchases, and with Netflix, Amazon Prime and Hulu Plus for streaming memberships. 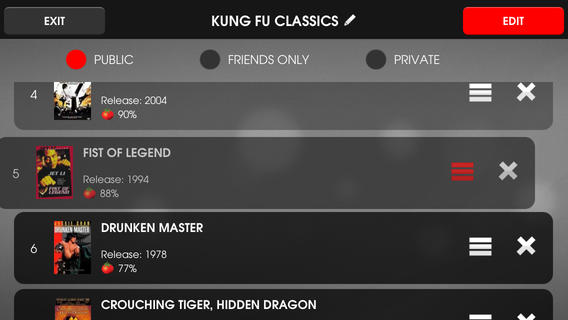