Today at Wired’s 2013 event in London, Twitter’s Deb Roy (co-founder of TV social impact analytics firm Bluefin Labs, acquired by Twitter earlier this year), the MIT researcher discussed how his company took the academic subject of semiotics and made it something “central” to the future of Twitter’s business. On essentially the eve (generally speaking) of Twitter’s IPO, Roy’s discussion provides some interesting clues about what’s next for the social network, and what it considers most important to its business.

Roy’s research focus prior to founding Bluefin, and continued interest while running the company, has to do with how both artificial and human intelligences learn language. In studying this process, he determined that the most important factor in meaning making was the interaction between human beings: non one learns language in a vacuum, after all. That lesson helped inform his work at Twitter, which started with mapping the connection between social network activity and live broadcast television. What Bluefin Labs learned first from the outside, and then even more so once they were within the walls and could access information about when tweets were actually viewed and called up on network member’s devices, was that the largest and most pervasive global medium ever made (TV), is interacting with global social media and they’re beginning to shape each other. 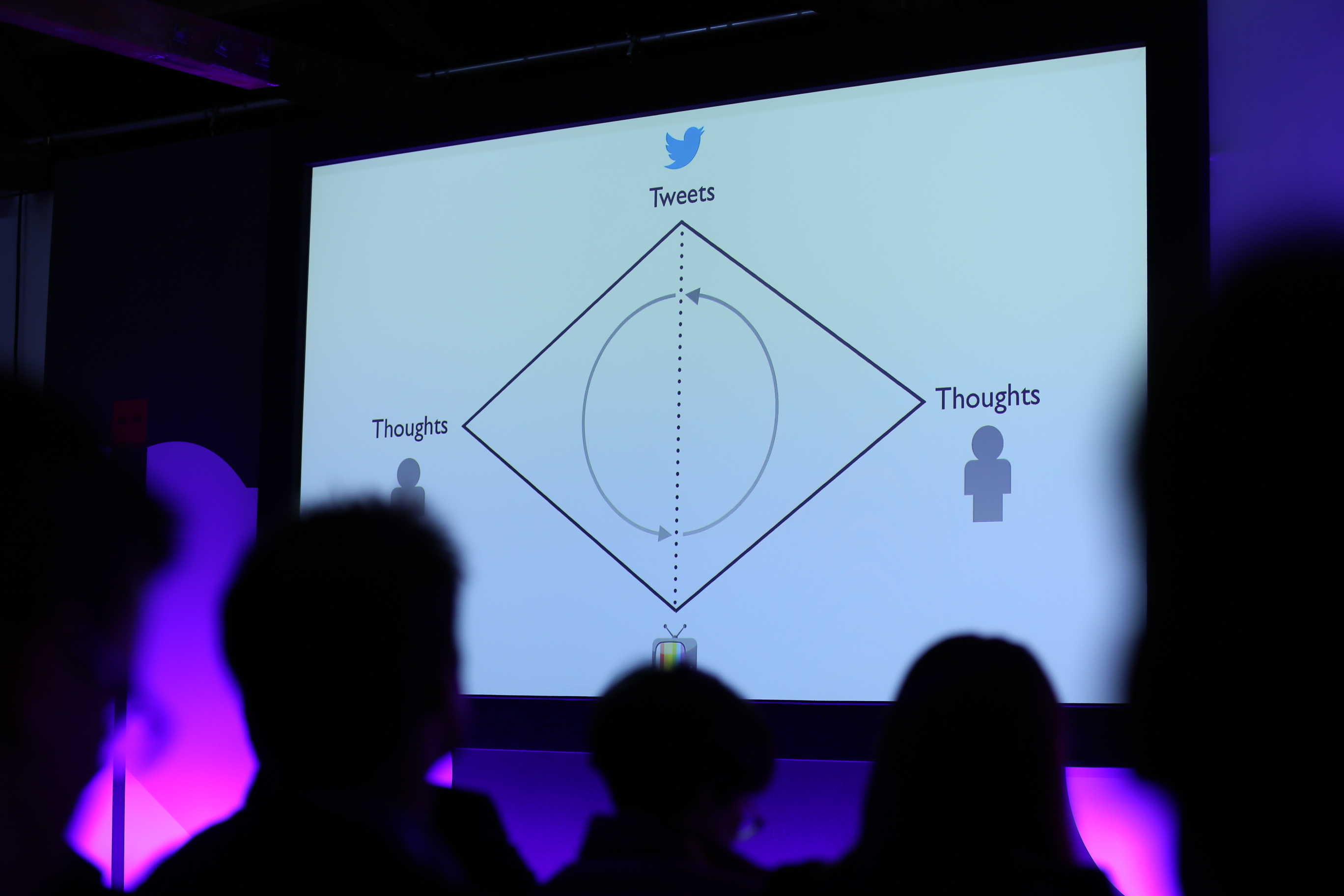 That helped Roy and his team build the tools and relationships necessary to help broadcasters interact directly with a secondary audience, who might otherwise not have participated in their shows and programs first-hand. That’s what the recently announced Twitter/Comcast tie-up is all about. As Roy explained, what Twitter has found is that most of the tweets about shows happen live as the shows are on, and then those tweets are viewed by people who follow those watching while the show is still on. The shelf life of tweets about live broadcasts is relatively short, so the new partnership allows broadcasters to engage this secondary audience in an engineered manner with snippets of live programming.

When asked about TV and its importance to Twitter’s business, Roy called it “central” to the company. That’s just the beginning of what Bluefin will do however, as Roy articulated that Twitter’s bigger opportunity is around re-injecting the social element back into any kind of so-called “broadcast” experience. Broadcasts, according to Roy, can be anything from a sunset to a meal, and there exists a chance for Twitter to re-inject a social (and by extension a meaning-making) element into each of these. 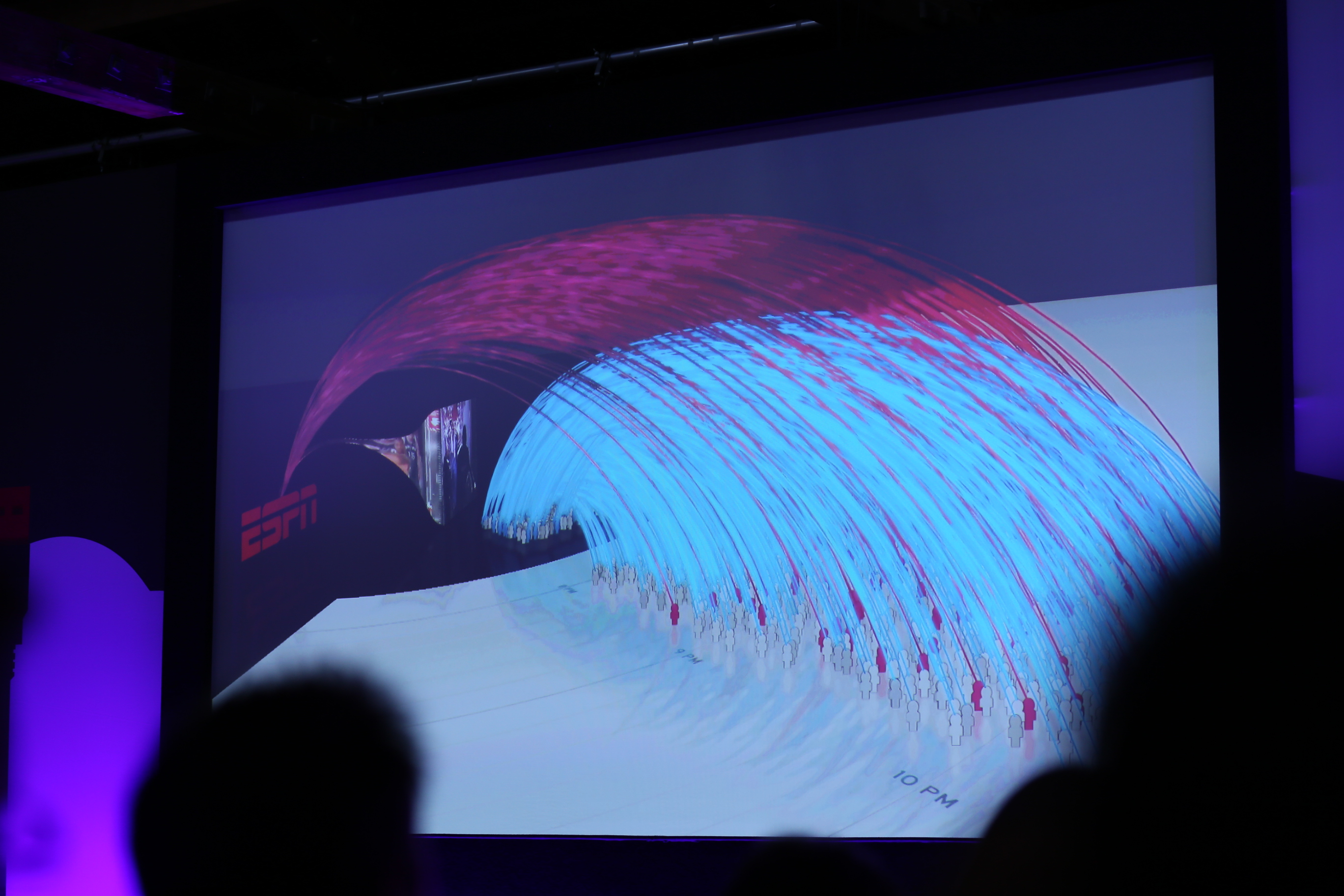 TV viewing has become increasingly solitary, as TV Everywhere, piracy and digital downloads have changed the way we consume, making it possible for us to get stuff “when we want it, where we want it, how we want it.” That means we do a lot more viewing on our own, instead of around a shared TV appliance with family or friends. Roy notes that we lose something in the process, since, for example, viewing a show with someone who can comment on it changes how we interpret that program and experience it entirely; collaborative viewing literally results in new and different meaning-making. TV, and Twitter’s ability to reunify a live audience in real-time, returns that social element to the equation by connecting distributed audiences, and that’s a powerful intersection to control.

Twitter has the chance to do this for any number of shared experiences, TV is just one of the most apparent, which has sprung up naturally and is ripe for the company to capitalize on. Roy pointed to “meal streaming” as another opportunity on the horizon, a phenomenon in which people broadcast their own meals via Twitter, Instagram and other mediums. Twitter as an important component of everyday human semiotics is a sky-high way of thinking about its business model, but with Roy and others, the social network is clearly getting serious about owning its role in the formation of meaning around shared human experience, and turning that theory into very practical, monetizable feature implementations.