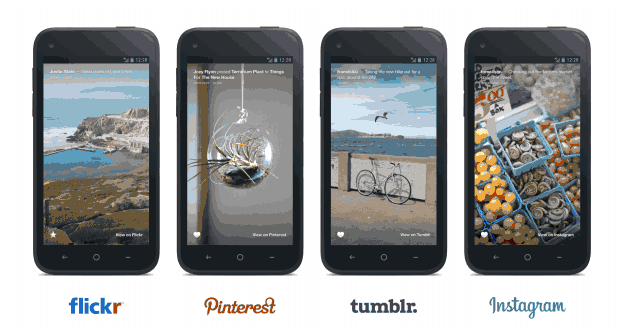 In September, when Facebook CEO Mark Zuckerberg spoke about the progress of Facebook’s Home Android launcher at TC Disrupt, he mentioned that users would soon start to see content from Instagram and other third-party apps on the lock screen, in addition to Facebook posts. Today, it’s beginning to roll that out, first to Android beta testers, and starting with photos and posts from Flickr, Pinterest, Tumblr and its own photo network, Instagram. Facebook is not disclosing how many beta users there are who will be getting this, but a spokesperson adds that “We hope to bring this to everyone soon.”

The idea here is that by making Home more useful, it will attract more users. So far the app has had between 1 million and 5 million installs according to the app’s page on the Google Play store, and last month Zuckerberg admitted that Home was “rolling out slower” than Facebook had hoped.

For context, Home reached about 1 million downloads one month after it launched in April, amid waning interest from carriers like AT&T who had signed up early to sell HTC handsets with Home preloaded on them.

Zuckerberg and Facebook are remaining bullish on Home turning a corner, and adding in services like these from beyond Facebook’s own walled garden could be one way to achieve that. “I fully believe that [Facebook Home] is something that people will want over time,” Zuckerberg said last month.

Here’s how it works: you need to select the app you would like to add from the Home settings menu and log in with your credentials. From there you can effectively use the apps as if they were within Facebook itself — meaning you can like and view posts, and click on a “view on” link to go directly to the site.

Facebook’s also made a video of how the new feature works, which you can see here.

While this service is limited to four apps — two from Yahoo, one from Facebook and Pinterest — it’s likely that Facebook will be adding more apps to this over time. What’s interesting about this is that it makes the Home lockscreen much more into something of a default homepage for you, a more visual one than Facebook’s timeline in its app. It’s not the much-fabled Facebook phone, but it’s another step to Facebook-as-mobile-platform-provider, rather than just one more of the many apps that we use every day.