Even wireless earbuds have wires, let’s be honest – they have to, in order to link one earbud to the other. It’s been an impossible barrier to cross in headphone design, with some exceptions that generally cost a whole lot of cash. Enter the Split, a new Kickstarter project that wants to untether one earbud from the other forever.

The Split isn’t bulky like previous designs, and it doesn’t require any fancy transmitters. Each unit is a contained piece of gadgetry, with its own battery built-in, and they’re only just slightly larger than standard earbuds, with bits that stick out slightly from either ear. They each have their own memory chip and processor, too, and they sync playback between one ear and the other (something founder Marco Scandurra says isn’t likely to fall out of sync, barring physical damage to the devices). 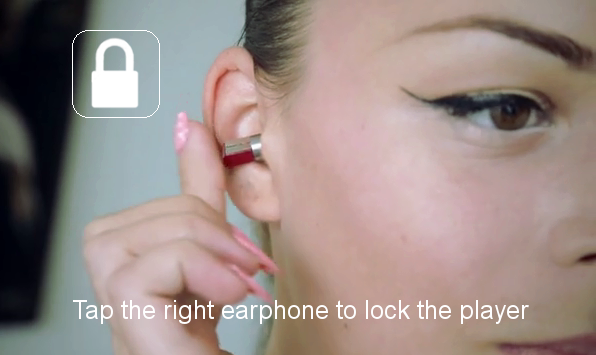 The biggest problem with these earphones is that they work independent of any devices, however. That means they only play locally stored music, uploaded to the Split buds themselves –which currently tops out at a max of 256MB – and can’t connect to your iPhone or Android device via Bluetooth or any other protocol.

While there’s not currently any workaround in sight to bring Bluetooth connectivity to the Split, there is a plan to make it usable with mobile devices in the early stages of development.

“There are plans for next year to make an app that is compatible with iOS and Android phones,” Scandurra explained. “With that app you will be able to manage and upload songs onto Split, and we are also planning on developing an adapter that can support Lighting connectors on iPhone and iPad devices, while the regular USB port will just need to be converted to mini USB to work with Android devices.” 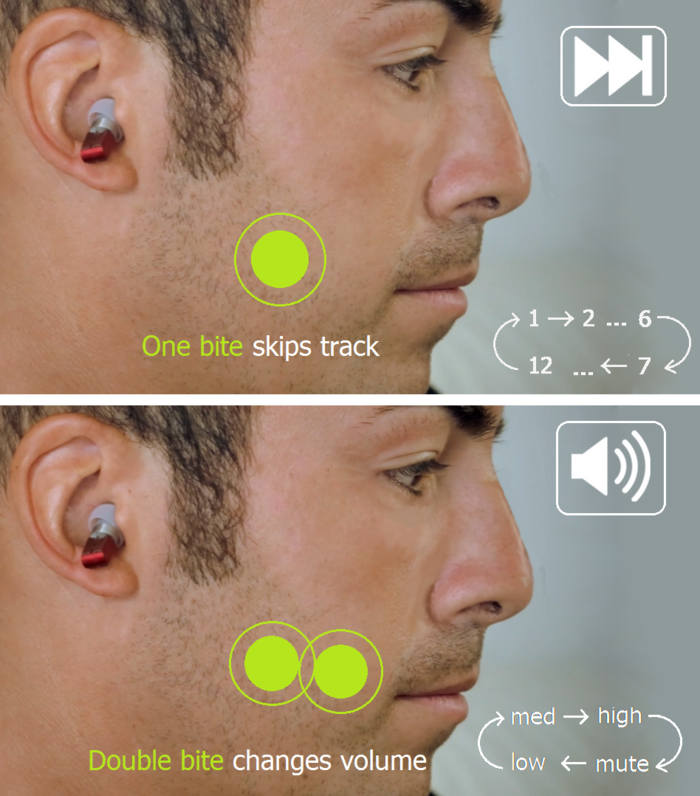 Memory on the device is limited, and a means of loading it with songs which requires frequent shuttling of content back and forth isn’t going to work for most people. Scandurra says they’re working with their supplier to double space on the device to half a gig by next year, so that’s something at least. And if you’re an athlete looking for a completely tangle-free solution, you’re probably going to be decently happy with enough content to run a simple playlist or two.

Now of course, if you’re like me you’re terrified at this point about what the Split is doing in terms of radiating your brain. But the headset uses around 1,000 times less radiation than a Bluetooth headset, according to Split. And how do you control a music player that’s only an inch deep and resides inside your ears? With bites, of course. Each one has an accelerometer within to detect jaw motion for play/pause, volume control and track skipping.

Honestly, this is an extremely niche product that’s at least a little crazy looking. But Scandurra has a PhD in high-energy physics from the University of Leipzig in Germany, and held a post-doc position at MIT in the Physic Department so if he’s crazy, he’s also at least got the creds to make these real. The team behind Split is looking at December as a ship date, and backers can pre-order for only $29, which means you don’t have to be soft in the head to get on board. This is definitely an early version of experimental tech, but it could also be the ground floor for something big.