For two and a half years, Silk Road was the Deep Web’s worst-kept secret. The underground site was infamous for drug trafficking, gun running and murder for hire – a veritable rogues gallery for underground dealers. Since launching in 2011, the site generated over $1.2 billion in revenue and $79.8 million in commissions. It was one of the not-so-secret successes of the underground web.

The site was taken offline today and the founder, Ross William Ulbricht, a/k/a “Dread Pirate Roberts,” was charged with one count each of narcotics trafficking conspiracy, soliciting murder, computer hacking conspiracy and money laundering conspiracy, according to a court filing. It is the end of a strange era in computer security when one man and a team of salesmen, programmers, and cryptographers kept the government at bay for two solid years. The court filing reveals in explicit terms the lengths Ulbricht’s site went to ensure its users’ anonymity and details the violent means he allegedly used to protect himself and the site. 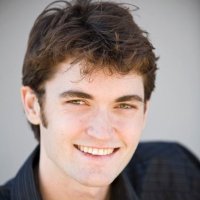 The image of Ulbricht comes from his LinkedIn profile.

What follows are excerpts from the court document compiling the notes of Special Agent Christopher Tarbell of the Federal Bureau of Investigation.

Incidentally, Silk Road users, take note: Ulbricht instituted a multi-layer system that protected your identity, but it wasn’t perfect as it seems Silk Road vendors were the weak link in the system. Read on for more details.

Silk Road uses a so–called “tumbler” to process Bitcoin transactions in a manner designed to frustrate the tracking of individual transactions through the Blockchain. According to the Silk Road wiki, Silk Road’s tumbler “sends all payments through a complex, semi–random series of dummy transactions, . . . making it nearly impossible to link your payment with any coins leaving the site.” In other words, if a
buyer makes a payment on Silk Road, the tumbler obscures any link between the buyer’s Bitcoin address and the vendor’s Bitcoin address where the Bitcoins end up — making it fruitless to use the Blockchain to follow the money trail involved in the transaction, even if the buyer’s and vendor’s Bitcoin addresses are both known. Based on my training and experience, the only function served by such “tumblers” is to assist with the laundering of criminal proceeds.

Special Agent Tarbell acknowledges that Bitcoins are an anonymous, decentralized form of electronic currency, existing entirely on the Internet and not in any physical form. He also notes,

Every communication sent through Tor is bounced through numerous relays within the network, and wrapped in numerous layers of encryption, such that it is practically impossible to trace the communication back to its true originating IP address.

All Bitcoin transactions are recorded on a public ledger know as the “Blockchain,” stored on the peer-to-peer network on which the Bitcoin system operates. The Blockchain serves to prevent a user from spending the same Bitcoins more than once. However, the Blockchain only reflects the movement of funds between anonymous Bitcoin addresses and therefore cannot by itself be used to determine the identities of the persons involved in the transactions. Only if one knows the identities associated with each Bitcoin address involved in a set of transactions is it possible to meaningfully trace funds through the system.

Tarbell alleges that Silk Road used a system that held Bitcoin payments in escrow until the transaction was complete. This was done through user accounts and an Silk Road bank. He explains that every user must have a Silk Road account, Silk Road Bitcoin address, and these address are stored on wallets maintained on servers controlled by Silk Road.

After thus funding his account, the user can then make purchases from Silk Road vendors. When the user purchases an item on Silk Road, the Bitcoins needed for the purchase are held in escrow (in a wallet maintained by Silk Road) pending completion of the transaction.

However, the aforementioned tumbler used by the Silk Road makes it “nearly impossible to link your payment with any coins leaving the site.”

Tarbell explains Ulbricht’s continuing efforts to protect the identity of vendors. They were, after all, netting him hefty commissions from the sale of illegal substances.

On February 27, 2012, DPR posted a message announcing “a new feature called Stealth Mode,” targeted at the
site’s “superstar vendor[s]” who consider themselves at particular “risk of becoming a target for law enforcement.” The posting explained that the listings of a vendor operating in “stealth mode” would not be visible to users searching or browsing the site. Instead, only users who already knew the specific address of the vendor’s page on Silk Road would be able to access the vendor’s listings, by traveling to the vendor’s page directly. This posting again evidences not only that DPR has been aware that the vendors on Silk Road are engaged in illicit trade, but also that he has specifically designed the site to facilitate such trade.

Perhaps most chilling was the evidence of murder for hire. Ulbricht himself requested murders and allegedly paid for them using Bitcoin – one murder cost a little under 2,000 BTC. Special Agent Tarbell alleges that Ulbricht himself used the service at least once to protect his interest in Silk Road. The internal communication also reveals that vendors apparently kept a list of users, showing that while Silk Road was secure, the vendors themselves could be compromised.

For example, DPR’s private–message communications from March and April 2013 reveal at least one occasion when solicited a murder-for-hire of a certain Silk Road user, who was attempting to extort money from DPR at the time, based on a threat to release the identities of thousands of Silk Road users. Specifically, the messages reveal the following:

Beginning on March 13, 2013, a Silk Road vendor known as began sending threats to DPR through
Silk Road’s private message system. In these messages, stated that he had a long list of real names and
addresses of Silk Road vendors and customers that he had obtained from hacking into the computer of another, larger Silk Road vendor. Threatened to publish the information on the Internet unless DPR gave him $500,000, which indicated he needed to pay off his narcotics suppliers.

On March 15, 2013, provided DPR a sample of the usernames, addresses, and order information he
intended to leak. Also, as proof that he had obtained the data from the vendor whose computer he claimed to have hacked, supplied the vendor’s username and password on Silk Road so that DPR could verify it.

At Ulbricht’s request, the vendor contacted him to “work out something with them.” Over the course of several communications, the court documents reveal that DPR indicated that he did not owe the accuser any money and viewed him as a “liability”, saying “I wouldn’t mind if he was executed….I’m not sure how much you already know about the guy, but I have the following info and am waiting on getting his address.” Ulbricht provided a name for the intended victim, saying that he lived in White Rock, British Columbia, Canada, with “Wife 3 kids.” DER added: “Let me know if it would be helpful to have his full address.”

After being threatened again, Ulbricht apparently requested a bounty be put on the accuser’s head and inquiring about the appropriate amount. After a bit of negotiation and Ulbricht stating “Not long ago, I had a clean hit done for $80k”, the two parties settled on 1,670 Bitcoins, or about $150,000.

Several hours later on March 31, 2013, redandwhite wrote back: received the payment. . . . We know where he is. He’ll be grabbed tonight. I’ll update you.”

Approximately 24 hours later, redandwhite updated DPR, stating: “Your problem has been taken care of. . . . Rest easy though, because he won’t be blackmailing anyone again. Ever.”

Ulbricht has been indicted in a New York court on charges including narcotics trafficking conspiracy, computer hacking conspiracy, soliciting murder and money laundering conspiracy. Silk Road was seized by the FBI today, and replaced with an FBI notice. However, the Silk Road forums are still operating.