VMware VP of Engineering Mark Lucovsky is leaving the virtualization giant for a ‘new chapter’ he’s referring to as ‘#nine’ on Twitter. Lucovsky has been with VMware for around four years and before that held positions at Google and Microsoft.

VMware told GigaOm that “during his more than four years at VMware, Mark Lucovsky  has been an important contributor to the company’s developer efforts as a Vice President of Engineering, including his work to help establish VMware’s Cloud Foundry which is now part of Pivotal. We thank Mark for his contributions and wish him well.”

At Google, Lucovsky served as an engineering director working on its API strategies. Since he went there from Microsoft, where he worked on Windows NT, a lot of people read into his hiring as a harbinger of a ‘Google OS’. Lucovsky spent 16 years at Microsoft working on a variety of projects including the ‘open web’ project HailStorm, which never quite materialized. He was awarded the title of ‘Distinguished Engineer’. 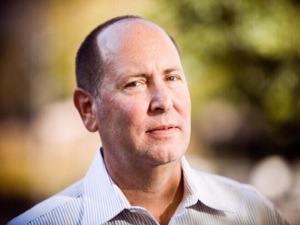 Though he worked on many projects during his Microsoft tenure, the most memorable anecdote of his career there undoubtedly came when he told CEO Steve Ballmer that he was going to leave for Google. A statement given in a corporate poaching case between Microsoft and Google back in 2004 paints a vivid picture:

Prior to joining Google, I set up a meeting on or about November 11, 2004 with Microsoft’s CEO Steve Ballmer to discuss my planned departure….At some point in the conversation Mr. Ballmer said: “Just tell me it’s not Google.” I told him it was Google.

Thereafter, Mr. Ballmer resumed trying to persuade me to stay….Among other things, Mr. Ballmer told me that “Google’s not a real company. It’s a house of cards.”

Lucovsky only used the cryptic hashtag to indicate what he might be up to next, but we’ll keep our eyes peeled for more. It is doubtful any chairs were thrown when Lucovsky turned in his notice after 5 years with VMware.